India at UNSC & its pursuit for Reforms

by Adarsh Kumar Singh about a month ago in politics

How long India has to wait for the permanent seat? 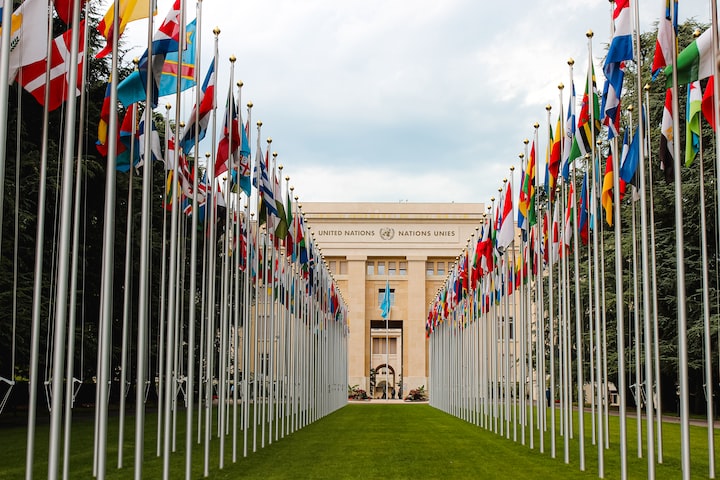 The United Nations Security Council(UNSC) is one of the six principal organs of the United Nations, responsible for guaranteeing international peace and security, recommending the admission of new UN members to the General Assembly, and approving any changes to the UN Charter.

The UN Security Council consists of 15 members, five of them are permanent members. The other 10 members are elected for two years. Permanent members include China, France, Russia, the United Kingdom, and the United States. India has been trying to become a permanent member of the council for years but has been unsuccessful due to a lack of votes. The five permanent members have the “right of veto”, which means that if any of these countries do not agree with a resolution, it cannot be adopted. China is the greatest barrier to India’s permanent accession to the Security Council. But it's just a matter of time before India take its rightful place in the UNSC and show the way.

A leader is one who knows the way, goes the way and shows the way.

Journey of India so far

On 01 January 2021, Mexico, Kenya Norway, and Ireland joined India as non-permanent members of the UNSC. The other non-permanent members are Estonia, Niger, Saint Vincent, and the Grenadines, Tunisia, and Vietnam. The Presidency of the Security Council changes hands between its members for one month, in accordance with the English alphabetical order of the member states’ names. India assumed the presidency in August 2021 and will chair for another month in 2022.

In the past, India was offered to join the UNSC by both the superpowers, the US and the then Soviet Union in 1950 and in 1955 respectively.

However, India denied the offer due to Cold war politics in that era.

India had its objectives very clear when it took over the presidency at UNSC. India’s agenda was to focus on UN reforms for a more balanced representation in UNSC. India along with other countries has been pushing for expanding the P5 for a long time now. During its tenure, India focussed on maritime security, peacekeeping, and counter-terrorism.

Prime minister (PM) Narendra Modi became the first premier of India to chair the UNSC. As India took over the responsibility, his speech focused on putting forward a “framework of mutual understanding and cooperation” that appealed to all the countries to embrace a five-point approach to global cooperation in maritime security affairs-

India’s month-long tenure as the chair of the United Nations Security Council has ended with many achievements. Among the many, I would like to mention just a few in this article.

That includes a strong resolution on the situation in Afghanistan demanding that the Afghan territory not be used to threaten any country or shelter terrorists. This resolution was adopted on the penultimate day of India's Presidency of the Security Council. Following the takeover of Kabul by the Taliban, this was the first resolution being adopted by the UNSC.

Under India’s presidency, the UNSC was able to steer the discussion towards various peace and security issues that were on its agenda, especially focussing on Afghanistan, Myanmar, Syria, Yemen, and the Middle East Peace Process.

India has emerged as a uniquely recognized rising power, regarded by most states. It is time for that recognition and trust to become a reality.

Time and time again, successive Indian leaders have stressed the urgent need to democratize international relations. Reiterating this, the Indian PM Modi had said in September 2014:

We must reform the United Nations, including the Security Council, and make it more democratic and participative. Institutions that reflect the imperatives of 20th century won’t be effective in the 21st. It would face the risk of irrelevance; and we will face the risk of continuing turbulence with no one capable of addressing it… Let us fulfil our promise to reform the United Nations Security Council by 2015.

Although reforming UNSC by 2015 could never happen, still, India is busy pushing for the transformation of UNSC together with the G4 nations: Brazil, Germany, India, and Japan.

If the UN doesn’t reform itself, it may lose relevance and alternate global and regional groupings may assume greater importance with issue-based consensus in like-minded groupings for unilateral/multilateral actions.

Nevertheless, India should continue projecting itself as a growing economic powerhouse with indispensable strategic importance, along with its massive contribution to the UN peacekeeping missions and its unique strength in the pharmaceutical industry. India should continue mounting its case for a permanent seat and it's just a matter of time that when this case can no longer be ignored.

“Leadership is the capacity to translate vision into reality.”