by Yvette McDermott 12 months ago in politics

To grow or not to grow 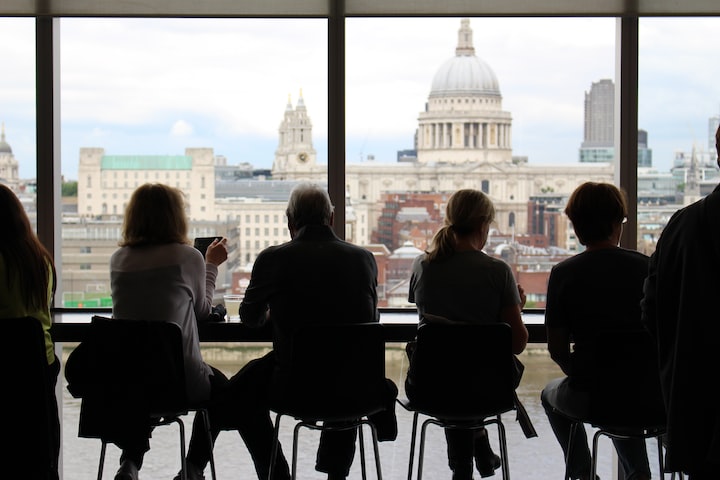 Photo by Christian Battaglia on Unsplash

Although this week is marked by the US election, in Canada we also vote to bring in our government. When I was younger before I could vote, I always used to wonder why everyone seemed to get angry when discussing their vote. Like with everything else in our lives, we have our own opinions. I don't think that anyone can say one party is their exact vision, so we go with what's really important to us and which party holds more of those ideals important as well.

Here in Canada I see car signs that state what party you're voting for to ones that blatantly curse our prime minister. I guess that is one of the perks of being in a democratic nation. I imagine in some countries those are fighting words.

I've often thought about voting over the years as sometimes I used to wonder if my vote really mattered when year after year my party didn't get elected in. This can be in whichever arena you're voting in: municipal, provincial or federal. I would get a sour taste when my party lost again and again, but I always thought voting was important. Even if my party would lose, I still felt like I did something. Yes I would feel disappointed the day after but life continues and then you think of other ways to make a difference.

When I was a new and young voter, I remember not really knowing who to vote for, so basically I was consciously incompetent. I remember asking my mom and my friends about this. I would sometimes not get very clear answers, so in the beginning I remember voting for who my mom voted for. As the years went on I started to pay more attention to platforms and what was important to me at that time in my life as that changes as we age as well. I think these days younger voters are probably a little more sophisticated as there is social media which is a huge help. You can look up platforms and even see nice charts on where each party stands on an issue. I love those. The downside is you can also see mudslinging which I have never appreciated.

When your party loses though, sometimes they fight harder for the win in the next election. I believe we can also take positive actions such as getting involved in some of the initiatives that are close to your heart and may also be aligned with your party as well. I think change can still be made even without being voted in although it's much sweeter when they are.

I've also notice that voting can bring out the best and worst in people. I like to observe people I know and their reactions to certain issues. Some of my friends have surprised me when I see their points of view, but the thing is sometimes our points of view can change over the years with experience. I know some of mine have changed. I've changed as a person, so why should my issues not.

Voting can make one more aware of oneself and those around him or her. It can be a personal growth period as well. I've had times where I'd be debating myself over something I believed in then saw a flaw; if you see the flaw, you can no longer overlook it. I think at this point I was consciouly competent, and with voting I am not sure if you can strive to be unconsciously competent because everything is always changing. I have a feeling I'll be thinking about this for quite some time - trying to figure it out.

So I think that even if you think your party will not win, I still say vote as it may be surprising. It's a learning experience that may be more valuable than you think. So when you go out and vote even if your party doesn't win, I believe you can still win by making a difference and making some enlightening discoveries about yourself and those around you.

I am a grandma of three; I enjoy hiking, reading, cooking and Halloween. I mainly enjoy historical and horror films or books. I also enjoy exploring old sites and taking pictures.