Hey historians, can history be objective?

by Hector Allemand 2 months ago in history
Report Story

Hello all you historians out there, can history be objective? 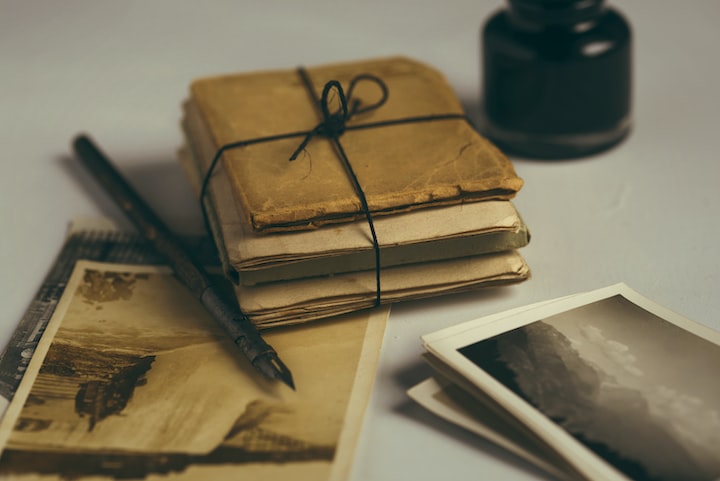 I was somewhat skeptical at first, but have quickly become hooked — it's a serious binge listen for me. The second podcast is Cadence13: Military History Podcast by Bruce Tallon, which gives a more conventional academic view of military history in the same vein as Dan Carney's approach to history.

One cannot be objective

History is one of the most fascinating subjects in the world. It's also one of the most controversial. Some people think that it can be objective, while others believe that it's impossible to be completely objective. There are many reasons why historians can't be completely objective. First of all, they have their own personal biases and opinions that may influence their work.

For example, if a historian is against war or violence, he or she may choose not to write about certain wars or battles in history because they don't like them. Another reason why historians can't be completely objective is because they have to use sources from the past to write their books and articles.

These sources might not always tell us what really happened during those times, so we cannot always trust them completely. Finally, historians have to read other people's interpretations of history before writing their own interpretations of history - this means that no matter how hard they try to avoid bias and prejudice when writing about certain events in history, it will still affect some part of their work anyway!

One can be subjective

Can history be objective? History is a discipline of study that investigates the past, and often attempts to explain or argue about it. Historians are concerned with the continuous, methodical narrative and research of past events as relating to the human race; as well as the study of all history in time.

Events occurring prior to written record are considered prehistory. It is an umbrella term that relates to past events as well as the memory, discovery, collection, organization, presentation, and interpretation of information about these events. Scholars who write about history are called historians. The pursuit of historical investigation is known as historiography, which includes the study of specific named periods and the analysis of historical causation.

Writing history is one of the most important functions of literature; its main purpose being to inform, it is also a staple element of historical fiction. History can also refer to a field or program within study or education in general or any systematic attempt at collecting any kind of data from any source for analysis (e.g., economic history).

One can be subjective in their approach while still attempting objectivity in their conclusions (e.g., by employing proper methodology).

One can be objective but no one is objective

The answer to this question is yes and no. It is possible to write history in an objective way, but it is impossible for one individual to be completely objective. There are too many factors that influence our perception of the world around us, and these can include our own personal experiences, cultural background, education and so on.

However, it is also possible to try and be as objective as possible when writing history. This means being aware of your own biases and not letting them affect your interpretation of a situation or event. For example, if you are writing about the First World War from a British perspective, then you should try not to let your own experiences with Britain colour your interpretation of events – for example if you were born in Britain but have lived in Australia for most of your life, then it would be best not to automatically assume that all British people were fighting bravely during the war!

What is the point of history

The study of history is a complex and varied discipline. Historians have different approaches to their subject, but they all agree that history is not just a collection of facts about the past. It is an interpretation of the past, a story about the past told by historians who bring their own perspectives and biases to bear on their work.

History can be objective, but it's not always objective. The concept of objectivity is one that historians have debated for many years. Some say that history must be objective, while others argue that it cannot be. What Is Objectivity? Objectivity means being impartial or unbiased in your opinions on a subject.

It means that you objectively examine the facts without letting personal feelings interfere with them. A historian who is objective will look at all sides of an issue and try to present each side fairly and accurately without taking sides or showing any favoritism toward one argument over another. When you are objective, you are not influenced by any outside forces such as emotions or personal beliefs when making decisions about something.

The Importance of Being Objective Being objective is important because it allows you to make informed decisions based on facts rather than personal feelings or biases.

I don't think we can. I think that history is subjective because historians tell stories to get the point across. The lessons they learn from the process of their research and writing, the thing that they neglect in order to put things into narrative form, the actual data points, are always irrelevant.

The purpose of a story is to simplify complex ideas and facts, they're supposed to make it easier to connect otherwise random information. And as such a story will only be as good as its ability to accurately reflect the details of history. While we can try to be unbiased and avoid taking sides in a debate over, say, which president was better all the while trying to stay objective with our facts, once we present those facts within the context of a narrative about something like war or violence it's not going to be objective anymore.

We have personal feelings about war or violence that will inevitably creep into our stories and interpretations of history in general.

More stories from Hector Allemand and writers in The Swamp and other communities.