by Cheryl E Preston about a year ago in politics

Blacks are dismayed at the way people they thought they knew have changed. 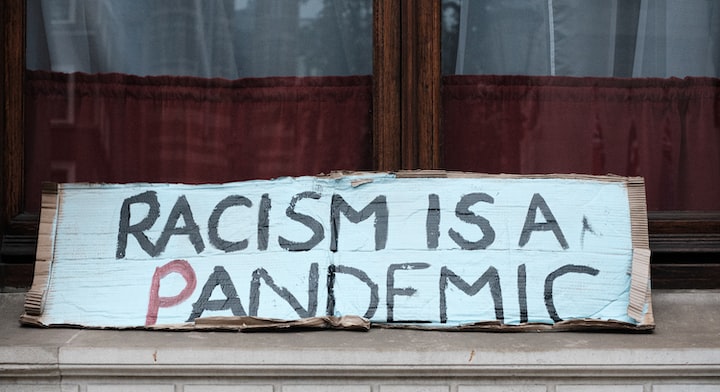 A disturbing trend is taking hold in America that is leaving a lot of Black people stunned. They are finding that White friends, coworkers, neighbors, and those in their faith based communities etc. have become openly racist since Donald Trump was elected in 2016. Those who support the president say this is obsured and that people need to stop blaming number 45 for everything. The truth is, Black folk can’t help but discuss what they are experiencing. We have all heard the stories of the “Karen’s” who have been calling the police on African Americans for no reason. We have seen the video’s of random police brutality but what is happening now is personal.

My husband actually asked me why I was friends with so many racist Whites who left their troubling comments on my Facebook page. I tried to explain these were classmates that had never exhibited racism before. Some were friends of my brothers and cane to our home. One man had been a member in the same church and gave us rides when our car was not working. I have a cousin who is retiring and said she thought she would miss her coworkers but now does not feel that way. She says that their indifference towards people of color has been growing ever since Donald Trump became president. In th eyes of many people of color,this man has caused his own pandemic of prejudice in this country.

Please understand, this is not painting all of White Anerica with a broad brush. This is about African Americans who have lived near, worked with, fraternized with and attended religious services with people who now are showing a whole diffetent side of themselves. My cousin, my husband, our daughter and myself along with other Blacks have had to delete Facebook friends because of what they and their friends were saying. I will now share some painful examples. I was honored to be a part of Vocal Media when they took a stand against intolerance after the death of George Floyd. Vocal even set forth a challenge so the creators could share their experiences.

It was not just Blacks but Native Americans, Hispanic Americans and those from the LBGTQ community letting the world know what was going on. Vocal then donated proceeds from the challenge to the NAACP. It was refreshing to see that Vical understood and took such a stand and it’s appreciated by many. Not everyone, however felt the same way. I had a Facebook friend who grew up in my community posting that she wanted nothing to do with BLM or Juneteenth. Her friends chimed in saying they felt the same and there was even a comment that Blacks should leave this nation if they didn’t like it. I watched as two sets of white sisters I graduated high school with battling each other on social media.

One sibling from each family was a Trump supporter and the other speaking out against his divisive rhetoric. Prior to deleting a number of individuals I was reading daily posts where people were tired of hearing about George Floyd, calling him a thug and saying he deserved to die. There were Whires saying that if BLM cane through their neighborhoods they would start shouting and others were saying they were preparing for a race war. To be fair there are Black people who are showing ignorance right now and saying things that could be considered as racist but there is a difference. African Americans are reacting and responding to systematic racism. Black people are yelling “ouch” because of the pain.

I understand that if you are not Black and dealing with racism it’s easy to dismiss it or say you are tired of hearing about it, but wishing harm on someone of color and turning on people you have known for decades is troubling. The question a number of my Facebookbftiends of color have been asking is whether or not their White friends, coworkers, neighbirs etc. felt this way all along? Were they only pretending and keeping their true colors hidden until Trumo created a climate where they could be honest? Could it be that some are simply going along for the ride and should Joe Biden wins the election in November will shake themselves out of the fog?

I read a post recently from a Black man who said that he had been crying because people he once got along with are now being hateful. This is alarming to African Americans who truly just wanted to get along. Should Biden win the election it might take a while but some of those spewing hate and division might get a wake up call. They may find that without a oresidenr spewing vitriol multiple times a day, there is no one to fan the flames of racism. These individuals might suddenly snap out of it and realize they have allueansted loved ones , friends, coworkers and those who attended church services with them. By then it might be to late and the bridges will have been burned. Perhaps without Trump in office some may settle down and try to repair the damage.

Unfortunately these type of wounds cut deep so they might not get the forgiveness they are seeking. I understand that many people will dismiss this as an exaggeration and even I believed my situation was isolated. Unfortunately the more people I talk to and the more Facebook posts I read let me know it’s real and growing. It’s not just the people I grew up with or sat beside in church. I am saddened that my cousins good memories from her job and here retirement will be marred by the Trump years. So much hate in as nation where a majority claims their various faith based teachings emphasize love. It is enough, as Mic Jagger sang, to make a grown man cry.

When you have lived or worked side by side with someone for many years, had them in your home, gone out to eat with them, you think you know them pretty well. When you mention how divisive Donald Trump is and they talk about Obama it is tiring. If you talking about police killing Black males, they try to redirect by mentioning statistics on the abortion rate or say the police kill Whites too, it insults your intelligence. If we all can just hang on, and make sure we vote in November, perhaps them we may see a bit of positive change. Before saying yeah or nay to this article, please take a deep breath and just honestly think for a moment.

Read next: Get Out! (...Of Our Doubletree Hotel)