Cubans are Crying Out for Help and Freedom

by Daisy B. Peñaloza 5 months ago in activism

Support the Cuban People; Not the Dictatorship 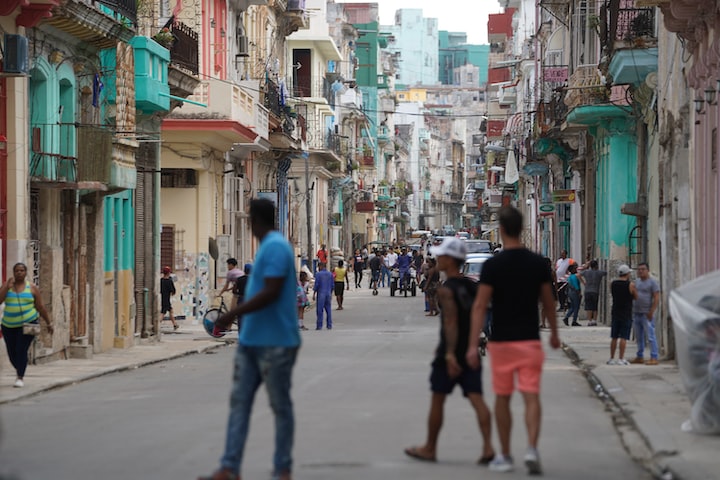 The spontaneous mass anti-communist protest, which erupted in Cuba on July 11, 2021, was not unforeseen. Cuba had been steadily hemorrhaging with spurts of popular discontent and telltale signs of a looming societal paroxysm. Periodic reports of stifling repression and human rights abuses inflicted on dissidents, journalists, clergy and ordinary citizens trickled out of Cuba with increasing regularity.

No matter how egregious the abuses, nations throughout the world turned a blind eye to the legitimate grievances of the Cuban people. A protester on the street testified,

“We are here because of the repression against the people; they are starving us to death. Havana is collapsing. We have no house; we have nothing, but they have money to build hotels, and they have us starving.”

The extreme left-wing reaction to the protests unfolding in Cuba was also unsurprising. Mexican President Andrés Manuel López Obrador, Bernie Sanders, Alexandria Ocasio-Cortez and the Black Lives Matter organization, to name a few, all gave predictably trite, disingenuous statements in response to the popular uprising and the regime’s ensuing violent crackdown on protesters. In an uneducated, psychotic break with reality, they blamed the embargo for 61 years of regime-manufactured death and misery on the island. Cuba’s protesters chanted “¡Libertad!” and “¡Patria y Vida!” Not once did the protesters denounce the embargo or “el bloqueo” as the source of their calamitous hardships. Contrary to misinformed pundits, there has not been a blockade since the 1962 Cuban Missile Crisis.

Anchored by the Cuban Liberty and Democratic Solidarity Act of 1996 (Helms-Burton), the embargo does not prevent Cubans from trading with other nations. Since 2000, USA exports to Cuba have totaled nearly $7 billion, yet Ocasio-Cortez glibly characterizes these economic transactions as “absurdly cruel.” In 2020, the USA exported $176.8 million in food, medicine and other consumer goods to Cuba, which in the majority, only benefited the Castro oligarchs, military and foreign tourists.

The average Cuban derived very little, if any, benefit from this economic exchange. Humanitarian aid is either confiscated by the regime or rejected outright. The Castros are financial deadbeats. Nations that have partnered with the dictatorship such as Spain, China, Russia, Mexico, Japan, etc., have written-off billions of dollars in accrued debts. Thanks to the embargo, the dictatorship must pay cash for all goods purchased. The U.S. taxpayer is thus spared the resultant financial burden had the Castros bought on credit and defaulted.

Succinctly advanced in George Orwell’s Animal Farm, ruling Marxists hypocritically enjoy the fruits of freedom and capitalism while the subjugated masses are forced to live in conditions of servitude and penury. Currently, lifting the embargo is not an option. Rewarding the regime with monetary resources and means, to squash pro-democracy efforts and resistance to totalitarian rule, is not in the best interest of the Cuban people.

Cubans are plainly fed up with the oppression, corruption and ineptitude of the regime’s communist system of governance and callousness of global enablers. They desire all the constitutional freedoms many U.S. citizens take for granted: free and fair multi-party elections, freedom of speech, press, assembly and due process.

Cubans are crying out for help. World leaders, in a united front, can do much to succor Cubans in their quest for a democratic transition. Targeted sanctions on individual members of the Cuban leadership and military junta, by a coalition of democratic nations, is a decisive first step. Cubans can initiate a massive nationwide strike or economic standstill until the regime relinquishes power. Technology aimed at subverting the intentional internet and communications blackout imposed by the dictatorship will empower Cubans to effectively organize, plan and keep the outside world informed of developments.

Like a hardened pharaoh, the puppet dictator, Miguel Díaz-Canel, haughtily dismissed the protesters’ impassioned pleas for liberty and unleashed his bloodthirsty hounds, canine and human, on defenseless Cubans. His attempts at repressive damage control, however, are sure to backfire. The “animals” on the farm are in open revolt and will not return to their cages.

Daisy B. Peñaloza is a Bakersfield resident who left Cuba on a U.S.-sponsored 1967 Freedom Flight.

Teacher, writer, pianist and photographer. I left communist Cuba in 1967.

Read next: So You Wanna Be a Delegate