China Vision of the Future World

by Cubedz 2 months ago in politics
Report Story 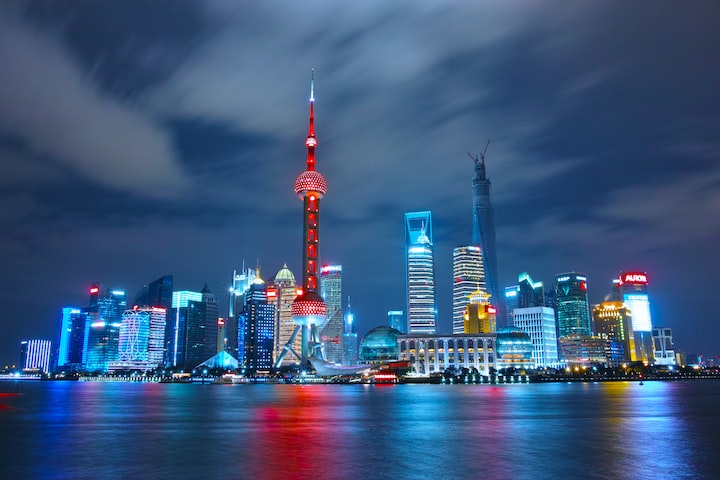 Photo by Li Yang on Unsplash

“History repeats itself, first as a tragedy and second as a farce!”

Since Russia invaded Ukraine awareness has been growing in the United States towards China. A partner that might trigger a new era of great-power competition. Before making any abrupt statement we should know that until 2012 China only made some evasive discussions about the New World Order. They had no reason to seek the revision or transformation of the old system from which it had gained so much until now.

Politicians in Beijing have shielded Chinese economic development by leading in the cutting-edge sciences and the high-tech revolution. On its way to building the world’s second-largest economy after the United States, China developed various initiatives and programs from “the Great Chinese Firewall” and “Huawei’s 5G-network infrastructure technology” to Uber clone Didi Chuxing, Netflix-like streaming services iQiyi (from Baidu) and YY. The Chinese are increasingly following the original Silicon Valley model in terms of entrepreneurship using a “whole-of-nation” approach to achieve a decisive advantage on global markets. Above all this shiny talk China engages in massive intellectual-property theft stealing technological innovation and trade secrets from companies, universities, and other parties. According to research cited by the Office of the United States Trade Representative, China’s efforts (technology transfer, cyberattacks, and industrial espionage) cost the U.S. economy as much as $600 billion annually. Seen through the lens of political economy China pursues control over key international supply chains and essential materials like even oil and gas. For them, the conflict in Ukraine opens a large sphere of foreign trade and will make Russia become like a “vassal state” to an Asian power. (Beijing and Moscow initiated a “Power of Siberia” natural gas pipeline to China, a $55 billion project over the next three decades) Also, the “China Shock” devastated small and medium-sized manufacturers in the United States and west democracies wiping out as many as 2.4 million jobs only in the USA leaving all supply chains dependent on them. We should know that China with Taiwan is set in 2023 to have 70% of the global capacity for integrated-circuit fabrication, which is vital to the digital economy, advanced weapons, robotics, aerospace, and artificial intelligence (AI). So no wonder they want Taiwan (“the reunification of the motherland” = a euphemism for recovery of Taiwan) to be under their sphere of influence or to be occupied. In the near-to-medium term, China will use its military capabilities, operational concepts, and overall strategic doctrine in the Indo-Pacific area to threaten American power forces. By implementing a whole-of-system strategy they want to achieve military dominance within the next 25 years. This approach is not only to prevail but also to demoralize America’s friends and partners in the region by demonstrating that the United States cannot meet its security commitments.

For China, all of the quests are in fact the reshaping of international organizations and diminishing U.S. influence in Asia. Like Russia, China finds fertile opportunities for expanding influence even in European countries that are struggling to fight corruption. (weaponization for strategic ends) They use the Belt and Road Initiative (BRI) originally called One Belt One Road (OBOR) to expand foreign markets for Chinese companies as a means of drawing nations, into Beijing’s geopolitical sphere. For example, they facilitate finance for ports, railroads, highways, dams, industrial parks, civil nuclear facilities, and other energy-related initiatives, that sometimes involve 50 to 100-year business relationships that plant long-term access to local elites and establish power over key parts of the host country’s critical infrastructure. In this regard, we saw Sri Lanka lose control of a major port after defaulting on a Chinese loan.

Many misunderstand the shape and significance of Chinese endeavors toward global dominance because they disregard and neglect ideas that all governments want, freedom for their people. China’s pursuit is authoritarian and imperial. Why? Because his leadership insisted always in: “Only socialism can save China, and only Chinese socialism can lead our country to develop into a global leader in terms of power and global influence.” On one side stands capitalism, with its commitment to political and economic freedom that inherently exploits the individual. On the other side, stands communism, based on central planning and the conscription of the people in service to the only party. According to them, the former Soviet Union and Eastern Bloc communist countries betrayed the cause. As some people have noted, China intends to replace the post-World Order which, in its view, is grounded in unjust Western political and economic principles, with a new one rooted in this savior socialism. This strategic vision sees China as the “Middle Kingdom” the central state surrounded by lesser states. Historically even if dynastic empires disappear the “Middle Kingdom” remains at the center and deserve a higher status culminating in the unification of humanity under Chinese leadership by 2049. (in the 19th Party Congress they refer to a “community of common destiny for mankind”) The true objective is to transform the world order by subordinating freedom, national sovereignty, human rights, and the rule of law. Although this dream vision for new world order is a work in progress, it would be a mistake for the democratic world to wait until this vision is fully established.

Disclaimer: This work is entirely reader-supported, so if you enjoyed please share it around or consider subscribing to the CubedZ newsletter. Thank you!