Children and Teens Should Matter More Than Guns

by Alfiya Laxmidhar 5 months ago in humanity
Report Story

Protecting children and teens from harm 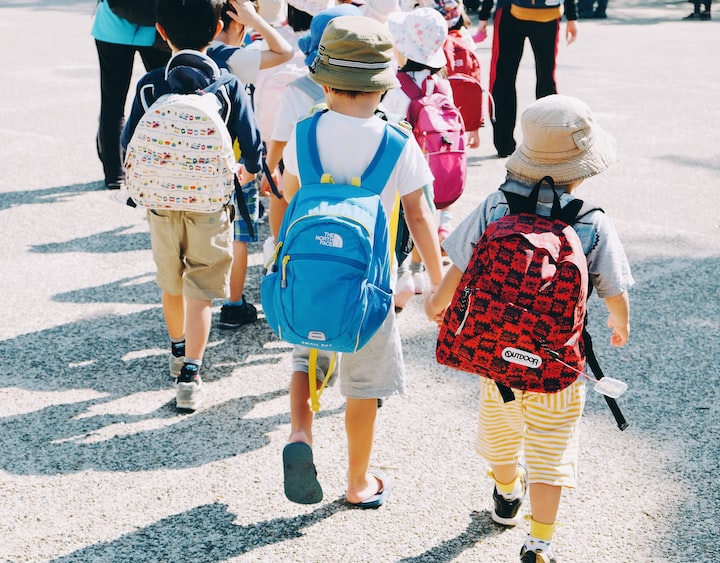 Photo by note thanun on Unsplash

According to the Gun Violence Archive, a mass shooting is considered to be an incident where 4 or more people have been shot at.

Just in April 2022 alone, there have been more than 20 mass shootings in America. A mass shooting is for the most part ia an American phenomenon.

The children's (aged 0-11) death toll, just in this month alone, has been 24. The number of children injured by shootings has been 58 this month.

For teenagers (aged 12-17), this month there has been 76 deaths. There have been over 200 teenagers injured.

There has been research into what correlates with lower gun violence and that is: stronger gun laws. It sounds like common sense, however, even with America's frequent rates of gun violence, it seems like people are resistant to change.

In order for gun violence to change in America, the change needs to be implemented at the level of the policy makers. The supreme law, established in 1791, in the second amendment of the U.S constitution, states: "..the right of the people to keep and bear Arms.." Perhaps this needs to be revised for modern times, perhaps a person owns a gun to protect themselves in case they need to use it against other people with guns. Having a gun in the house or car might mean feeling safer, however, the nation needs to think about offering security for its people so they do not need to resort to owning weapons to feel secure.

America shows an unprecedented amount of gun violence for such a wealthy nation.

Research has indicated that the reason one would own a gun vs not owning a gun is due to perceived fear. Either fear from experiencing past victimization or fear of future victimization. Majority of guns owned are handguns which indicate the purpose of protection as opposed to long guns which are used for hunting and sport.

Interestingly, there is lower gun ownership for those with lower income and living in an urban setting, where there might be higher violence and crime rates.

Majority of guns are owned by white men in rural settings who earn more than $100k/year. This group of wealthier people correlates with a greater rating of life happiness may indicate that perhaps the reason for gun ownership may be distorted, where subjective fear does not align with objective reality.

Unfortunately, while adults weigh up their pros and cons in regards to guns, week by week a growing number of youth have been affected by the inability of a nation to act upon gun violence. Deaths and injuries of younger people have many implications upon the victim, family members, and the community, perhaps only adding to the fear. Perhaps this fear will cause a new generation to participate in the gun culture it was once the victim of, in order to feel protected and safe.

The reasons for not creating stricter gun ownership and preventing illegal purchasing of guns are complex and perhaps go back to the policy makers who fear losing support from their lobby groups. Perhaps a nation steeped in gun culture hailing back from 1791 may be asking too much when it comes to changing the law. Perhaps the gun is a symbol for some people, which signifies something more than a mere gun.

Whatever the reasons are for the lack of change, the ones that seem to suffer are the vulnerable lives of the youth. The newer generations may need to be the ones to make the necessary changes so that future mass shootings are minimised and a safer nation is built.

More stories from Alfiya Laxmidhar and writers in The Swamp and other communities.