Busting the myths that justify the Russian Invasion of Ukraine

by Jairam R Prabhu 2 months ago in politics
Report Story

Countering misinformation perpetrated on media to fool the public 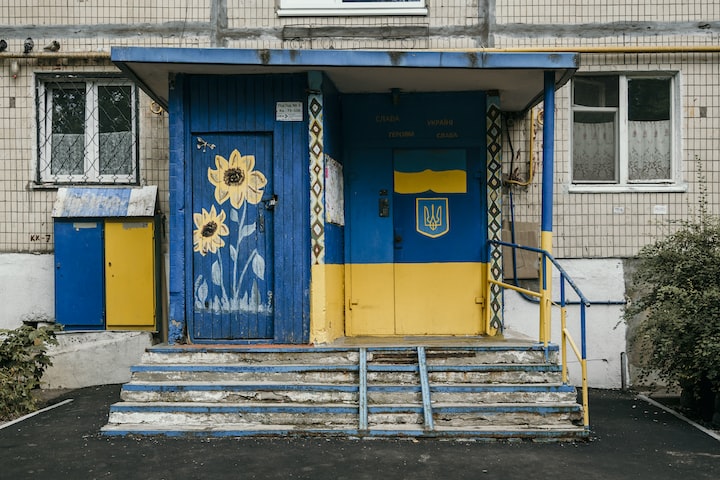 Busting the myths that justify the Russian Invasion of Ukraine

It has been six months since Russia declared the independence of two provinces with Russian-backed rebel governments in the Donbas region of Ukraine, followed by full-scale invasion of Ukraine by use of military force two days later. Ever since 24 February, Ukraine has been the main highlight of world politics and international relations academia.

In the public sphere, two dominant narratives are floating from sides- one from Russia and countries backing Russian actions and the other supporting Ukraine and countries helping Ukraine defend itself in tough times. Parallelly has been the scale of information warfare, and propaganda pushed primarily from the side of the aggressor justifying its actions.

The Russian state media for a long time has been supporting and propagating (mis)information that shows that Russia is doing it right in invading Ukraine and also justifying the war. This is done not only to skew public opinion domestically but also to force the global community to defend Russia, even if it is on the wrong side.

The media outlets backed by Kremlin are not even ready to call it a war but instead a special military operation that borrows the same narrative Russian President Vladimir Putin is putting out.

Following are a few myths that are propagating in the public sphere that justify the Russian invasion, and these have been busted with facts and figures for the best interest of the public and the world community.

The most commonly held argument in both the academic and public sphere has been that the war was a message against NATO and NATO expansion. NATO has expanded ever since the breakup of the Soviet Union. NATO expanded not because it wanted to be stronger but rather because smaller countries which broke up from USSR wanted to join it.

So, the question still remains why countries wanted to join NATO? The primary reason is they don’t want to align themselves with the elephant in the room Russia which was very weak in the 1990s. The second reason is they wanted to westernise their economies and associated themselves more with ideals of Democracy and Freedom, which is a political objective of NATO.

Out of many criteria, one important criterion for NATO membership does not have any disputed territory with another state. By that logic, both Georgia and Ukraine were invaded in 2000. Post-2000s, both Ukraine and Georgia tried to join NATO, but Russia invaded in 2008 and 2014, respectively, thus nullifying their chances of getting membership. So, justifying the 2022 war on NATO expansion is not correct.

There was no written assurance or documented evidence that suggested that NATO would never expand eastward. Thus, justifying Russia’s actions by saying that the west had broken its word is not acceptable. NATO expansion is never a threat to Russia.

Ukraine was part of Russia

The history of Russia and Ukraine have the same origin, but to claim Ukraine is a subordinate state to Russia is not valid. The existence of Kyiv has more historical significance than Moscow or St. Petersburg, thus, making even Russian claims null and void. Although Ukraine was part of the Russian Empire and later annexed to the USSR, there was a brief period from 1917-21 when Ukraine had an independent existence. It was after 1991 that Ukraine received its independence and sovereignty.

In no way (since 1991) can Russia claim the sovereignty or territory of Ukraine in 2022. Vladimir Putin’s statements on Ukraine being part of Russia historically since the time of Peter the Great is not valid as per international law. In the latest revelation, Putin even compared himself to Peter the Great, which implies his justification for invasion and actions of restoring the glory of the Russian Empire.

NATO is a threat to Russia

North Atlantic Treaty Organisation (NATO) is a collective security treaty-based alliance. It was formed during the cold war era to protect European Nations against the gigantic Soviet Union. Unlike the Russian perception, NATO is not an offensive alliance but rather is a defensive alliance. NATO was never a threat to post cold war Russia.

It was only in February 25, after the Russian invasion of Ukraine, that; NATO Response Force was activated for the first time in history. For a long period of time, Russia was never challenged by any European country or NATO as a whole. Thus, Russia’s view of NATO can only be seen as a bluff, and therefore its justification of war by using NATO as a scapegoat is unacceptable.

Russia has the right to self-defence

Yes, the statement is absolutely correct; that shows Russia has all the right to defend itself just like any other country. But here, in this case, there was no threat to Russia from any country in its neighbourhood. There was no provocation from either tiny Ukraine or all the European Countries combined.

Russia was an important energy partner for the EU, as well as a technological dependant on the west. Thus, Europe has had no interest in provoking Russia. Similarly, Ukraine is so tiny on the map compared to Russia to even provoke it or threaten to attack it. Instead, it was Russia that annexed Crimea supported the Independence of two provinces in Donbas and invaded Georgia.

UN General Assembly had declared Russia’s actions in Crimea illegitimate. Thus, the aggressor in the region is neither Ukraine, the EU or NATO but Russia itself. The invasion is illegal as per the UN Charter Article 2(4), which has also been upheld in the USA vs Nicaragua ICJ case of 1986. Article 51 of the same also empowers Ukraine to defend itself against Russia; thus, Ukraine is entitled to the Right of Self Defence and not Russia.

Threat to ethnic Russians and their language

For a long time, Russia was peddling the incorrect allegation that ethnic Russian minorities in Ukraine were facing threats from growing Ukrainian Nationalism which has been growing ever since it became an independent country. Although the new argument used by Russia since 2014 was regarding a direct threat against Russian groups (directly affiliated with Moscow) in Donbas to push insurgency as well as involve itself in a proxy war 2014.

Russia insubstantially makes the claim of Genocide of ethnic Russians in the Donbas region without any proof to justify the war in Ukraine right now. None of the UN Human Rights Council findings, Amnesty International or any International agency was able to probe and prove the fact that there is genocide in Ukraine.

Similar was the allegation of Nazism and Neo-Nazis in Kyiv. The Organization for Security and Co-operation for Europe (OSCE), in its report, didn’t find any evidence of Russian claims of Genocide in Ukraine.

Even if there exists a genocide, the question of how rightful Russia is to invade and punish Ukraine is a question. Even in the case of applying the Responsibility to Protect (R2P) doctrine, it requires more international acceptance and consensus among the countries. There was none of these here. Two wrongs don’t make a right. There is no legitimacy to this war.

Content Marketer|Engineer|Blogger|Podcaster. Political and International Relations Analyst|Writes on Science, Technology, Politics|Infodaily Blog and Journal of Knowledge Podcast|6 languages|Join on my journey to gain and share knowledge.

More stories from Jairam R Prabhu and writers in The Swamp and other communities.