Blowing the Whistle on the System

by Aris Coltabaugh 8 months ago in education
Report Story 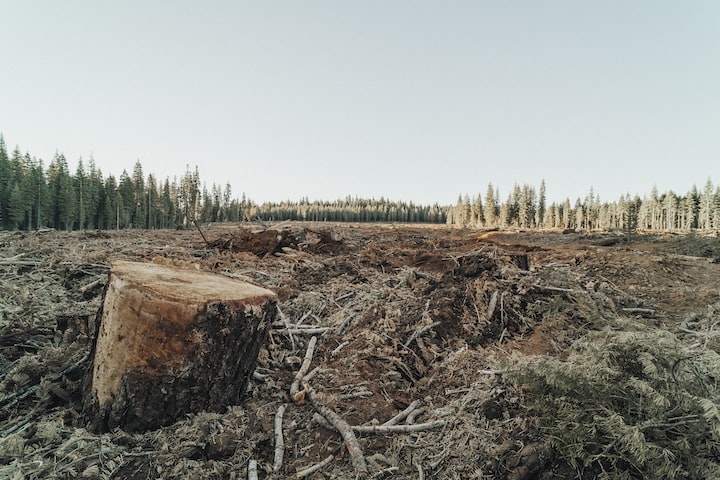 You ever have that teacher that didn't want you to take notes - so they printed off the slides for everyone in class? And every class period she would pass each student a minimum of 5 sheets of paper?

It always made me feel bad - this gross consumption of the world's forests.

I thought about all the trees that had to have been cut down just for this lesson. Then I'd think about how many trees are cut down every year for notebooks and loose leaf paper and the entire education system.

I would wonder: is it right we ruin the world for the education of a few?

Because few really graduate public school with what we distinguish as "honors", which is the only type of education we view as being true. Everyone else is other, less than. And isn't that f*cked. Who cares if you can do differentials? What use are they in the real world when you work as a pastry chef or a grocery clerk or a gym trainer?

I don't understand why we view anything more than a basic education as being necessary to be successful in our "real" world.

Granted, I'm speaking as someone with a Civil Engineering Bachelor's degree. So I know, specifically how not useful it is. I'm not saying a higher education shouldn't be strived for, I just don't think it should be gate-kept by expensive universities. There are so many different ways to learn in this world, hands on intuitive learning is one and it's my favorite. You can approach practical applications of what you want to know and learn in the process of creating something.

Unfortunately I learned this was how I felt about education after getting into some serious debt.

We've outsourced so many jobs in this country. We're forcing entire nations, minus their governments, to remain developing instead of allowing them to become developed. We are doing the same thing here and calling it "the American Way".

Our undereducated are forced into poverty as well. Even our educated live a life of less means. All because the greed and gluttony of money and power of a few - our government and corporations. Really not so few, we've let quite a lot of people into power who are dead set on keeping the status quo where it is.

Those in power who absorbed the universe's knowledge stopped wondering what a marvel it is to live.

We take it for granted and discard the thought as easily and callously as we throw away garbage. We forget to wonder about where in the country our eggs came from and how/if the chickens were loved and cared for. Instead we dispose of the shells as though they are nothing but a vessel for our nourishment. We don't see them as a layer of protection and hard work for the beginnings of a life. Just garbage - nothing of use or beauty.

That's how our governments and corporations see us. Dispensable, disposable, replaceable with the next generation. We are exploited for our labor and forced to pay for our lives.

It's the wrong way to live.

I don't have a solution for you. If I did I probably wouldn't be so grumpy about this. I have to play by the rules too while also trying to figure out how to live my life best suited to my views about the world. It's a conundrum for sure and I guess a bit hypocritical, but really there's no way out of the system. Our best option is a complete overhaul of government and economy and I doubt that would ever happen, barring some great, natural disaster.

Aris is a pastry chef by day and a writer/poet by night. They live in Asheville, NC with her hound dog, Riley. Their first poetry collection can be found on Amazon and Barnes & Noble titled "Love & Labor".

More stories from Aris Coltabaugh and writers in The Swamp and other communities.