A Historic Defeat for Populism, but With A Warning

by Taru Anniina Liikanen 15 days ago in politics

Argentina’s midterm elections show a historic loss for Peronism, but a new, anti-system candidate is on the rise. 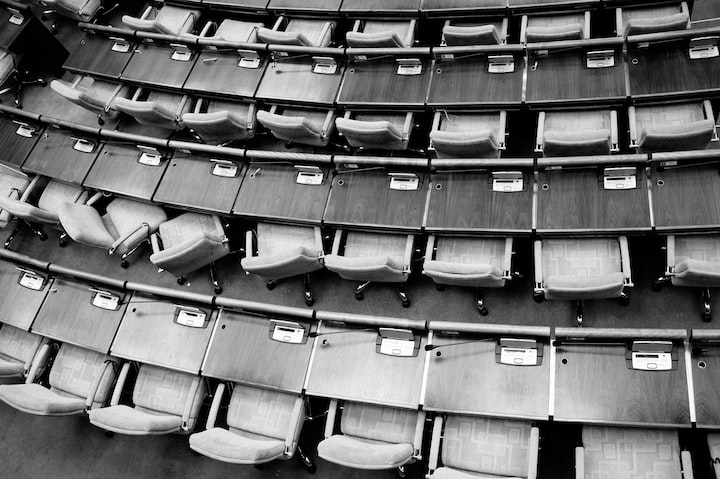 Photo by Michal Matlon on Unsplash

A major economic crisis. Rising prices, in everything from food to housing. A disappointing response to the pandemic, with shows of clear disregard of the COVID-19 guidelines (such as the first lady’s birthday party in the middle of a nationwide lockdown)

A populist leader pontificating on television, claiming he didn’t lose an election he was clearly beaten in.

Does this sound familiar?

Last Sunday, Argentina’s ruling Peronist coalition took a historic beating in the country’s midterm election, which renewed half the seats in Congress and 1/3 of the Senate. For the first time in 38 years, Peronists lost the Senate. For the first time in the history of the movement, there’s another political force of equal weight, the Juntos coalition that governed the country between 2015 and 2019, that’s able to compete against Peronism for the popular vote and not fall apart after its first electoral defeat.

But at the same time, a new type of populist movement is surging: the libertarian, far-right movement of economist Javier Miley got 17% of the vote in the Autonomous City of Buenos Aires (Juntos got 47% and Peronism 25%). At his campaign HQ the crowd, many of them young, frustrated men, wore t-shirts with the GOP catchphrase “Don’t tread on me” written in English, and chanted against dark-skinned people. Some people called themselves proud fascists.

In a country with a long history of military dictatorships in the 20th century, being openly, unapologetically far-right is a major shock. But it’s one the established political parties are still failing to take seriously.

I often feel like Argentina is a lab experiment in populism, and there’s a lot we can learn from the past and present of the Peronist movement.

But what is Peronism, really? Is it right-wing? Peronism was a well-known admirer of Mussolini, after all. Is it left-wing? He was also known for leftist initiatives, like support for trade unions and giving women the right to vote. However, neither one of these explanations is enough.

I think Perón was a charismatic caudillo, and one of the best pragmatists in political history. The history of the movement, with its leftist and neoliberal fluctuations, will be the topic of another story. But, in my opinion, Peronism today is actually closer to the Republican party. The movement is built on the support of trade unions, Perón’s old allies, but it doesn’t mean it’s progressive. Instead, it has a traditional, status quo-protecting, conservative wing, one that Fernández represents. It’s not uncommon for Peronists to hold staunchly Catholic views and oppose abortion, for example.

The movement also has another wing, a more radical one built during the Kirchner presidencies in 2003–2015. This wing is ideologically opposed to the United States and the IMF, and supports human rights and democracy… in theory. Kirchner is ideologically allied to rulers with dubious democratic credentials, such as Putin, Nicaragua’s Ortega, and the Cuban regime.

The Kirchner wing of the Peronist party also loves attacking what they consider the local fake news media. And yes, it also organized an attack on Congress. There have been many analyses of these protests in the media, but most have failed to recognize that the goal was to enter the building and interrupt the functioning of democracy.

Seriously, pretty close to the GOP.

The government of Mauricio Macri (Juntos) in 2015–2019 is often called right-wing here and around the world. And Macri does admittedly believe in right-wing economic policies, but I think the terms of left and right don’t apply well to either party. I’d even go as far as to say that these terms don’t work in most of Latin America.

How I tend to differentiate between the two is populism versus institutionalism.

And here’s the issue: Argentinians are used to populism in government. They get frustrated with institutionalist, pragmatic politicians. They’re used to following a messianic leader. And that’s where, if the two major coalitions keep failing at providing solutions for the Argentinian people, scary wannabe fascists like Milei have a real opportunity or reaching power.

What do people want?

President Alberto Fernández has been in Argentinian politics for a long time, but he was never the kind of charismatic leader to get people to vote for him on his own merits. This is why he came to power through a strange Putin-Medvedev type of arrangement.

Former president and current Veep Cristina Fernández de Kirchner (or CFK, as she’s usually called here) brokered the deal with his former cabinet chief Alberto Fernández in order to unite two factions of the Peronist movement and win the vote against Macri in 2019. She even announced his presidential candidacy, showing who had the power in the relationship. They comfortably won the election, but probably not for the reason CFK and Fernández thought.

Going back to the same old battles with your political opposition isn’t going to keep the nation happy if people can’t put food on the table.

What yesterday’s midterm showed is that Argentinians didn’t want the Kirchner-type populism anymore. But they didn’t want Macri, either. They wanted a traditional, conservative president who would start working to solve their problems instead of focusing on the party’s internal battles. The Peronists didn’t understand this, and as soon as they could, took on a confrontational approach. But going back to the same old battles with your political opposition isn’t going to keep the nation happy if people can’t put food on the table.

Argentinians have had it with soaring crime, unemployment and 50% inflation. With the pandemic and economic crisis, all the structural problems of the economic system have been heightened, but things haven’t been going well for a long time. The Macri government promised to fix things, but failed completely.

One of the major reasons why traditional parties, especially leftist ones, are in trouble around the world is that they’ve been unable to deliver on their promises, and for a long time, they seemed uninterested in doing it. Just like what happened in Brasil with Bolsonaro and the US with Trump, citizens have completely lost faith in these traditional actors. They’re looking for someone to tell them that their problems are unidimensional, simple to solve if one just wants to. It doesn’t help that right-wing content is so easy to find on social media.

People are disappointed, and many choose to vote as a protest, or simply not cast their ballot at all.

Just like in the US with Trump, Javier Milei comes from outside the political world, with a campaign that was built on denouncing ‘the political caste’. This bubble is likely to burst when he’s a part of the Congress and that very caste, but it’s still extremely worrying.

The new political reality in Argentina shows an interesting challenge for the two major actors, Peronism and Juntos.

Argentina’s true left-wing parties (with often anti-system, 19th-century Marxist views) also had a good election, getting 8% in the city of Buenos Aires, compared to their normal 5% share of the electorate. And it’s largely for the same reason as for Milei: many people just didn’t want to vote for establishment candidates. Participation was also at a record low. People are disappointed, and many choose to vote as a protest, or simply not cast their ballot at all.

If Peronism and Juntos don’t get their act together and really help change people’s lived reality, these trends are likely to increase. I sure hope they get things in order, because political disappointment is a dangerous weapon.