by Angel Pilkin 2 months ago in politicians

A Nation is Disgraced With The Vote Not To Convict A Guilty FORMER President by 43 Republican Senators. 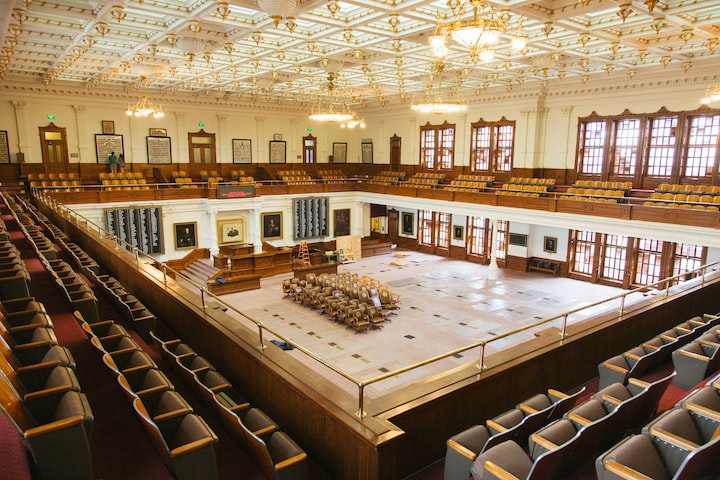 Today February 13, 2021 I got the news that The United States Senate voted to aquit Donald J. Trump of inciting the insurruction in the Capitol Building. Seven Republicans voted to convict with 50 Democrats. The FORMER Senate Majority Leader Mitch McConnell (R) Kentucky, stated: "There's no question that President Trump is pratically and morally responsible for provoking the events of the day...The people who stormed this building believed they were acting on the wishes and instructions of their president." Mitch McConnell said this and being the morally bankrupt individal he is he voted to NOT convict Donald J. Trump for inciting the insurrection that left people dead, and the Halls of the Capitol building being breeched in a disgusting display of how white privilege allows a bunch of upset crybaby white people to storm the Capitol Building looking for blood, and just walk away afterwards as some of their traitor insurgents lay dead.

The majority vote to convict Trump of inciting the insurrection is there. However, there must be a 2/3 vote to convict him, and there are 43 morally bankrupt Republicans that are clear traitors to their nation sitting as Senators that made sure the 2/3 votes did not happen. Mitch McConnell also needs to get his facts straight. Just like he is the FORMER House Majority Leader, Trump is the FOMER President and he needs to refer to his as such as we refer to him as the FORMER Senate Majority Leader and sadly the current Senate Minority Leader who should have been tossed out of office years ago.

I was in awe that someone could so clearly admit someone's guilt and then vote not to convict them for a moment. I quickly came back to reality and remembered who I had said it. It should not have came as a shock to me that the so-called man who has made sure Kentucky stays uneducated, and poor to keep the votes coming for him is the one who would vote not to convict a guilty man.

I am a Native Kentuckian, and at 36 years old Mitch McConnell has been in office my entire life. Yes, I have been alive over three decades and this person was elected as a Senator to represent the State of Kentucky in 1984, the same year I was born into poverty in Kentucky. He assumed office January 3, 1985 when I was 4 months and 29 days old. The person that has represented the state I called home for a majoirty of my life made sure that with this vote he proved that he was the scum I knew he was once I was capable of understanding political matters.

It is unwise on my part to expect morals from a person that allowed coal severance dollars to be given to communities that did not mine coal in Kentucky such as Lexington and Louisville. Even humoring the idea of morals from the Senator that blocked millions in Treasury Department funds marked for Appalachian development to assist with paying for health care and pensions for Kentucky coal miners is laugable.

McConnell clearly lacks a soul that is not a black as the coal that is dug out of ancient Kentucky Mountains through the back breaking labor of coal miners that he would willing deny pensions and health care benifits to coal miners to steer Treasury funds for Appalachia to fund a Kentucky aluminum plant that has connections to someone who is thought to be an ally of Russian President Vladimir Putin. I guess I had just hoped that he would have enough respect for the nation to vote to convict someone that by McConnell's own admission was guilty of inticing and insurrection.

It is frustrating at every level that Trump was not convicted. It is more frustrating that the 43 Senators that voted not to convict him may not be unseated. McConnell is one of the ones that is highly unlikely to be unseated in the situation, unless someone impeaches him from office sucessfully.

Despite having moved away from Kentucky, I still grew up there and I know many things about the state that I once called home that keeps someone like McConnell sitting as a Senator. Many of the people in Kentucky lack education, they are impoversihed and they cling to what little they have been given. They hold relgious views of "God has provided for us" and in doing so many seem to think that people like McConnell are doing the work of God. That is my take on it from what I have seen. I have family that are illiterate and they still think that they know everything that is right for poltical matters so that should answer many people's questions about how people like Mitch McConnell keep getting re-elected office despite screwing people in the state over and over.

I feel for the rest of my fellow Americans today. I know that you will want the likes of Mitch McConnell removed from office, but the Commonwealth of The State of Kentucky will not see another Senator elected other than McConnell unless he drops dead or does not seek re-election. I personally wonder if something with that much evil can die. So all we can hope for it that he will step down, or by some miracle there will be a way to impeach him from office.

I am Angel and I pretty much have no idea what to write in a bio.

See all posts by Angel Pilkin →