Who is the most used cryptocurrency? 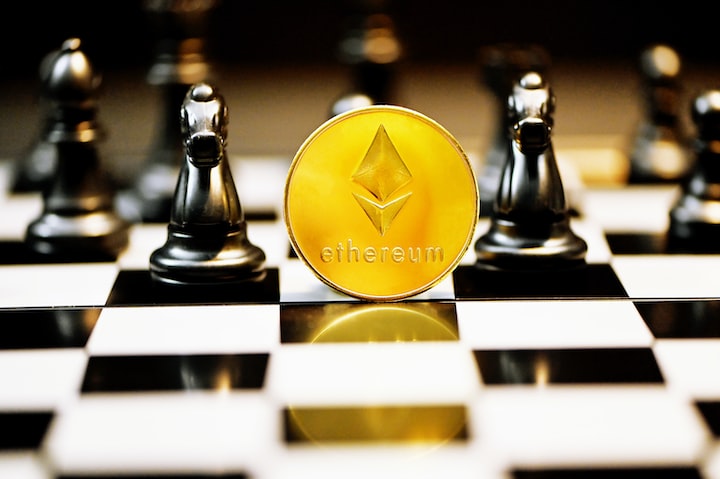 What is the world’s most popular blockchain? You would say Bitcoin. Nop!! In 2020, Ethereum passed Bitcoin on two of the most important metrics. The crypto volume grew past years, and since July 2020, has consistently been settling extra value than Bitcoin. What makes Ethereum so unique? A new era of computer programming, digital ownership, and other innovations are being introduced thanks to the smart contract capabilities of Ethereum. Also, so much interest in decentralized finance (Defi) had led to network congestion and gas fee volatility, and despise that from October 2020, we saw 96% of all Defi transactions occur on the Ethereum network. More than 1400 fascinating new projects are being built on Ethereum: NFTs, microgrids, charging stations for electric vehicles, crypto-collectibles, home mortgages, health care records, and many more. On top of that Ethereum became really popular with large companies like Microsoft and Amazon through their cloud computing blockchain-as-a-service platforms.

After years of being the underdog and the most-used cryptocurrency is no longer an experiment of Vitalik it’s now a possibility for greater achievements. His new creator economy with all the projects increased the crypto world in domains we never dreamed of. But this buzz around Ethereum developed scalability and security issues. A naive way to solve these problems would be to make it more centralized. The best one is to merge swapping out Proof of Work to Proof of Stake and to use data shards. Ethereum’s proof-of-work algorithm is called “Ethash” using miners. (previously known as Dagger-Hashimoto). In the new proof of stake consensus, there are validators instead of miners. So the new Ethereum 2.0 will progress in epochs, not blocks. An epoch is a bundle of up to 32 blocks on the network (called validators) that propose and attest to over a period lasting roughly 6.4 minutes. An epoch, along with all the blocks of which it is composed, is only considered finalized after the progression of two more epochs. A total of 262,144 validators is needed for Eth 2.0 to advance to another phase of development. They will create 64 mini-blockchains, called “shards”. The implementation of shard chains speeds up the network and can scale more easily as the transactions are handled in parallel chains instead of consecutive ones. At the current rate of 900 new validators being added to the network each day, phase 1 of progress will occur sometime in early September 2021. The validators are given periodic payouts in ETH and have two keys: a signing key and a withdrawal key. They should put down currently, 32 ether, equivalent to over £38,000 — as a deposit to participate in the network. The value accrues interest over time, thus providing an incentive for validators to join. A validator attempting to approve irregular transactions or otherwise acting dishonestly gets a fine and in most problematic cases loses all of its stakes and is sent out from the network.

There are three main functions of a validator:

Due to these reasons, the signing key must be online 24/7. Validators do not work alone. They mostly work in committees wherein groups of a minimum of 128 validators vote on the head of the blockchain. In addition last year they started “Final” Testnets for Ethereum 2.0 named: “Medalla”, “Topaz”, “Spadina”, and “Zinken”. In “ Medalla” test environments so far, over 30,000 validators have joined the network and over 946,000 ETH has been staked. Meanwhile, investors believe the new update could lead to further adoption of ether as well as price appreciation. The most important advantage is the new configuration. With new shard chains, ETH2 can conduct up to 100,000 transactions per second whereas Ethereum can support only 30 transactions per second.

Of course, you don’t need to be familiar with all of the technical features to believe in this cryptocurrency but one thing you should know. One major feature of Ethereum is its programmability. Is a Turing complete language. In short, a Turing machine is a machine that can simulate any computer algorithm. This allows for loops and makes Ethereum susceptible to the halting problem. Vitalik saw the problems and made a proposal for an upgrade in 3 phases: phases 0, 1, and 2. Phase 3 is like a confirmation of doing things right.

This upgrade called Serenity will increase scalability and it will be more efficient to run anything on the blockchain. The main advantage of PoS is that it is far more energy-efficient than PoW, as it decouples energy-intensive computer processing from the consensus algorithm. It also means no need for much computing power to secure the blockchain. Promises to supercharge the existing network. Is also designed with security in mind they say. Ethereum 1.0 was maintained by approximately 9,800 nodes. The Ethereum 2.0 will enforce a minimum of 16,384 validators within the network. More people to verify the nodes and “challenge” them. PoS introduces a system where validators can be questioned. If a challenger can prove a block was illegitimate the attacker loses his staked funds — and a portion of them are sent to the challenger. Vitalik said that if someone wants to really bring the network down, they would have to create a lot of malicious blocks. To do so, they would have to bring up a huge amount of ether — which they would lose if challenged. Questionable! Always. In order to maintain the blockchain’s security, they have to guard against shard takeovers. Corrupting the nodes in a given shard will lead to the permanent loss of the corresponding portion of data. Damn!! So on top of that, the Ethereum Foundation is setting up a dedicated security team to deal with those cyber threats. Also, the numbers are real cause on Topaz, the Testnet run by Prysmatic Labs, now there are 29,300 validators staking more than 1 million ETH. The only problem I see is that transactions will occur between users on separate shards of the network. That requires cross-shard communication, where nodes in charge of different shards must exchange information in order to verify a transaction.

How will Ethereum 2.0 affect Ethereum’s price?

For more people, the launch of Ethereum 2.0 is exactly what the cryptocurrency needs. With the upgrade, long-term holdings in ETH represent long-term bets on the decentralized web. In other words, more scalability means more demand. Which in theory means more price highs. So the expected influence could be more gains. In my humble opinion, ETH’s value will increase significantly over the coming months and years until the last phase of the upgrading will be completed. Also, the reduced transaction fees especially in Defi trading will end up costing the equivalent of tens of US dollars making the prices of ETH go higher. If Ethereum 2.0 succeeds and upgrades the current version successfully as claimed, then the price of Ethereum has no reason not to increase. But whatever the valuation, the future of Ethereum as a platform looks very bright.

More stories from 7 Cubed and writers in The Chain and other communities.