What Is Cardano & Why You Should Care?

by Sepehr Vafaei about a month ago in blockchain

Why Cardano is special and provides a huge investment opportunity? 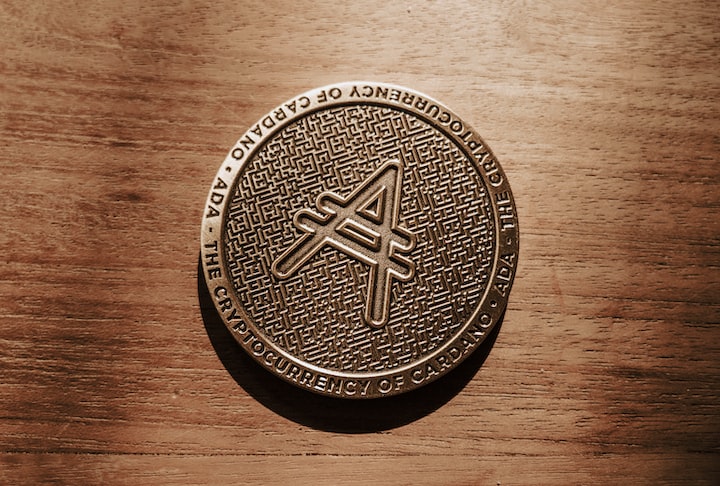 Photo by Ruben Hanssen on Unsplash

Cardano is a cryptocurrency platform that was launched in September 2017 after more than 2 years of development. It's rather different than other cryptocurrency projects because it is built around peer-reviewed papers. So instead of writing a whitepaper and implementing it straight to code, the Cardano team actually makes sure that experts from around the world read their papers, improve them, and agree with the outcome. This is a very different way of working!

Cardano was founded by Charles Hoskinson, the same co-founder who founded Ethereum back in the day. He left the Ethereum project in 2014 after a dispute about accepting venture capital funds. Afterward, he would go on to start the Cardano project.

Right now Cardano and IOTA are both considered to be third-generation blockchains. Cardano wants to solve three big problems of the previous generation: scalability, interoperability, and sustainability.

Scalability itself consists out of three problems:

For a cryptocurrency to become a global payment system, It needs to be able to handle a lot of transactions per second. Cardano solves this by adopting proof-of-stake instead of proof-of-work. You probably know that Bitcoin uses the proof-of-work algorithm and lets everyone mine new blocks. This process is slow and wastes a lot of computing power and huge amounts of electricity. Cardano is much more efficient.

Proof-of-stake is another topic for another article.

Blockchains are stored in a P2P network. Each node(computer) in this network receives a copy of all new transactions. But imagine what happens if there are thousands of transactions per second. The node would need a lot of bandwidth to continuously download them all, not very scalable!

Instead, Cardano wants to split up the network into subnetworks by using a technique called RINA (Recursive InterNetwork Architecture). Each node will be a part of a specific subnetwork and can communicate with other networks if needed. Much like the TCP/IP protocol for the internet.

Pruning, compression, and partitioning are available solutions to this problem.

This again consists out of two problems. First of all, there are many cryptocurrencies out there, but they don't work together. Secondly, banks and governments shy away from cryptocurrencies.

The Cardano team assumes that in the future we won't have 1 coin to rule them all. Instead, multiple different cryptocurrencies will exist side by side, each with its own protocol and rules. The Cardano project aims to be the "Internet of blockchains" or in other words, a blockchain that can understand what happens in other blockchains. This would mean seamlessly moving assets across multiple chains.

There is also a problem with governments and banks. They shy away from cryptocurrencies because they don't adhere to regular banking laws. It's hard for them to trust a transaction in the crypto world because they don't have any metadata about that transaction. They like to know who made the transaction and for what reason. However, this is also very sensitive information. So the Cardano projects want to allow people to attach metadata to a transaction if they want to. This would make the crypto world play nicer with the traditional banking world. But again, it would be up to the user to decide if he wants that or not.

Right now there are a lot of people who want to build a company around cryptocurrencies. To raise money for their company, they launch an ICO or Initial Coin Offering. After an ICO the team ends up with a lot of capital that they can then use to fully start their company. But what happens if, after a couple of years, this money runs out? How will they make sure that the development of their technology continues? Should they create a new coin and hold another ICO just to get some cash? This is still an unanswered question, but it's clear that raising money just once isn't very sustainable and doesn't promote continuous improvement.

Cardano intends to solve this problem by creating a treasury. The idea is that the treasury will receive a small percentage of every transaction that happens on the network. The treasury itself is a special wallet that isn't controlled by anyone. Instead, it's a sort of smart contract that can release a part of the funds to developers who wish to improve the Cardano protocol. To do this, developers have to submit a proposal to the community saying what they want to change and how much money they need for it. The community can then vote on the ideas that they think are the most important. After a certain amount of time, the treasury takes the most popular proposals and gives them enough money so they can develop their improvements. Over time, the treasury model will keep Cardano sustainable by providing a continuous stream of money that can be used to continue to do research and to improve the system.

Stay tuned for more on cryptocurrencies and blockchains.

Thanks for reading. I write on money, productivity, healthy lifestyle, personal finance, and business. You can subscribe to increase your knowledge and stay updated.

I write on money, healthy lifestyle, personal finance, and business.

I'm into art and play piano.

Receive stories by Sepehr Vafaei in your feed
Sepehr Vafaei
Read next: 5 Cities That Let You Buy Real Estate with Bitcoin