Is Crypto Going to Be Illegal?

by Blake O'Connor about a year ago in blockchain

Quell your anxieties; America is a place of innovation, not impediments. Here is some information for those of you still asking, "Is crypto going to be illegal?"

Touted as the disruptor of banks, and the replacement of fiat currencies, cryptocurrencies have not yet delivered on their infamy. Whether you are an investor or an anarchist, the question of, "Is crypto going to be illegal?" has crossed your mind at least once. Governments and those with vested stakes in industries under threat by emerging technologies often react with haste to change and disruption. An analysis of whether crypto is going to be illegal is best done by a historical comparison, as well as how feasible implementation toward making crypto illegal would be. 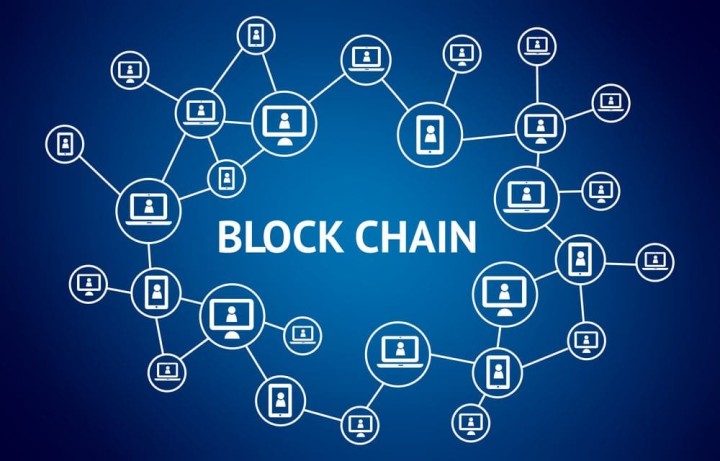 An anonymous figure, Satoshi Nakamoto, released a white paper outlining the architecture and metaphysical purpose of Bitcoin in 2009. In less than 10 years, various entrepreneurs from all over the world were deeply inspired enough by the idea of blockchain technology to start their own project. With the internet at its impetus, Nakamoto inspired enough entrepreneurs to create a total market cap of cryptocurrencies in January 2018 to be about $750 billion, and the Bitcoin price to almost hit $20,000. Someone considering Bitcoin regulation before October 2017 would have been considered a heretic. Given that there are now 250,000 Bitcoin transactions and close to $5 billion dollars in transaction volume per day, it is an economic force to be recognized.

A Historical Comparison of the Gold Standard in Lieu of Cryptocurrencies

A critique of fiat currency is that the Federal Reserve can print it without limitation. However, the critique against the gold standard packs more of punch. In 1933, Franklin D. Roosevelt's plan to stimulate aggregate demand through public works programs was held back by the gold standard—where all federal reserve notes had to be backed by 40 percent gold owned by the Federal Government. Executive Order 6102 made gold ownership illegal and punishable by up to 10 years in prison. The purpose was to get people to hand in their gold, so that they could get legal tender, paper money, in return—so that FDR could take on more debt to create jobs through public works programs. Increasing government debt to stimulate demand turned a hundred years of economic theory on its head, something now known as the Keynesian Revolution. The historical lesson to be extrapolated from this is that laws can be used to push society towards better forms of economic transaction and stimulate economic demand. There is little to no inclination that FDR made gold illegal to strictly impose on people's liberty and steal their money.

"Power does not corrupt. Fear corrupts... perhaps the fear of a loss of power." — John Steinbeck

Democracy and capitalism, governments and money, cheese and wine—history often biases minds when thinking of things that must be paired together. Current shifts in political affairs are questioning the legitimacy of democracy and capitalism, with populist waves in the West and freer markets in the East. However, a decoupling of governments and money is a difficult concept to foresee, and may be the leading reason why governments hate Bitcoin. The only thing that gave gold value its scarcity and consensus of value, the only thing that gives fiat currency value, is the military of the government who issued it, along with the stability and reliability of its legal system and central bank. Governments who print and control their own currency have immense power; they can monitor its flows to ensure proper tax extraction and use it as leverage for its political goals. The greatest catalyst for governments to outright ban or impose unreasonable restrictions on the use of cryptocurrencies is the fear of a loss of power.

Here is how governments could make crypto illegal.

The questions of whether, "Is crypto going to be illegal?" and, "Can crypto be illegal?" are two sides of the same coin. The United States prizes itself on its liberal values, free markets, and free people. Liberal theory dictates that government involvement in the market stifles innovation and impedes on the liberty of entrepreneurs. For digital currencies to become illegal in the United States, government agencies or internet service providers would have to start censoring the internet. If government agencies were to start censoring the internet, democratic processes would hopefully overturn their insolence. However, elected officials do not always enact laws with citizens’ best interests in mind. Zachary Midler of Bloomsberg says court cases such as Citizens United opened the door "for unlimited election spending by individuals and corporations, most of which ended up being funneled through the groups that have become known as super PACs.” With the overturn of Net Neutrality, internet service providers (ISPs) have the freedom to throttle the internet speeds of different web traffic. The recent supreme court nomination, Brett Kavanaugh, thinks that ISPs have a first amendment right to block websites. What some call victories for the first amendment and other call democratic failures, these two avenues pose significant risk for potential legislation to block cryptocurrencies from proliferating. The biggest threat for cryptocurrencies to become illegal is that the banks will exploit the democratic process to support their interests.

Thomas Hobbes said that life in the state of nature was, "nasty, brutish, and short." The same general principles apply to the state of initial coin offerings (ICOs). With so many new projects coming out, leaders in the space shilling their favorite new coin, and technical jargon, it's hard to decide between fruitful potential, fraud, and the worst cryptocurrency scams in history. Unfortunately, many people fall victim to the rush of raking in 1000x the gain on an investment. Included in the pitfalls of this industry, the odds are stacked against the average investor as groups collude on pump and dump schemes for alt-coins. On top of that, cryptocurrency investors must also deal with rampant fraud, identity theft, and plagiarism.

Political economists Adam Smith and Karl Polanyi disagree about how markets form and function. Smith argues that the self interest of entrepreneurs makes the whole of society better off. A natural byproduct of the entrepreneurs self interest is the formation of markets—where supply and demand are regulated by the "invisible hand," i.e. self-regulated. Polanyi has a different take, he studied the industrial revolution in England and argues that markets are formed with the help of governments. They provide the necessary infrastructure and stability for markets to run efficiently. Benjamin Franklin once said, "One of the greatest tragedies in life is the murder of a beautiful theory by a gang of brutal facts." Smith's theory was truly revolutionary for its time, but it no longer rings true. There is little indication that the United States will make crypto illegal but regulation is needed to stop the proliferation of fraud. The purpose of the Securities and Exchange Commission is to, "...protect investors, [and] maintain fair, orderly, and efficient markets." Laws that protect investors from fraudulent equities should be extended so that the cryptocurrency market can become more efficient. The crypto market's short history has demonstrated that "self-regulation" leads to fraud.

The necessity of international regulation is becoming recognized. 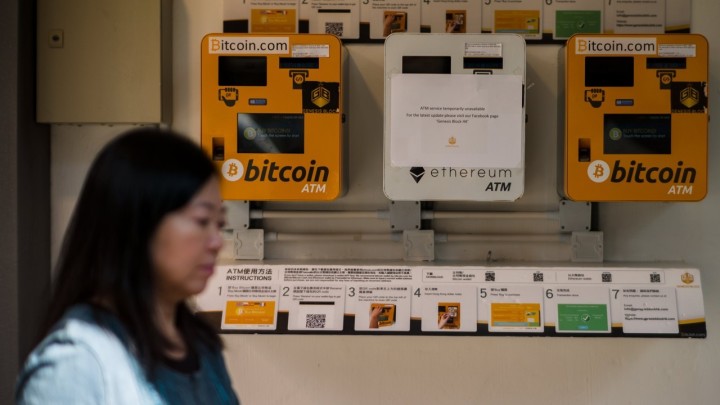 A theme of the analysis so far has been that liberal values will let technological innovations prosper—incumbent industries may crumble in the wake of disruption. However, countries that do not embody liberal values are harder to predict when considering how they will adopt crypto. "The Chinese government might consider the idea of a decentralized economy as one of the major threats to the existing regime," says Stanislav Glukhoedov, CEO of Prosense, a virtual reality broadcasting service based in Moscow. Trading cryptocurrencies in China is illegal, but the Communist Party is not shying away from the potential benefits of the technology. They have funded projects which were founded in China; such as Vechain, Qtum, and NEO. They have been treating foreign cryptocurrencies like Western social media platforms, search engines, and content sharing sites. China should be wary about its hawkish stance on cryptocurrencies because it causes innovation to flock elsewhere. Finance ministers from other parts of the world like the Netherlands, France, and Japan all agree that they do not want to strangle innovation by banning cryptocurrencies, but want to curtail fraud associated with ICOs. South Korea is charging ahead with state involvement in the markets to establish cryptocurrency as a legitimate industry.

Regulation is not prohibition.

Prominent voices in the government have been advocates for its potential, but are wary of its dark belly. One such voice is Commodity Futures Trade Commission Chairman Giancarlo, who informed Congress about the technology's capabilities, potential, and risks. His balanced prose said that the government should crack down on, "...those who abuse our young enthusiasm for Bitcoin and blockchain technology." He also declared Bitcoin and cryptocurrency regulation was, "...four years behind." While the recent ETF rejection fell on somber ears, one of the dissenting opinions from SEC commissioner Hester Peirce caused a media stir. Her optimistic outlook on the trajectory of the technology was heralded by the online cryptocurrency community. The SEC rejected the ETF on the grounds that the price of Bitcoin is susceptible to manipulation because a majority of the trading occurs outside the United States and pointed to academic research suggesting that Bitcoin’s epic bull run last year may have been driven by market manipulation. ETF proposals from CBOE, and VanEck have been pushed back to September.

An Analysis of the Future of the Legality of Cryptocurrencies

Given the historical perspective, liberal values, and desire to be a leading economic engine of the world, cryptocurrencies will not become illegal in the United States. You can, however, surely expect regulations on cryptocurrency exchanges, money laundering schemes, ICOs, and punish those who commit tax evasion in relation to this type of investment. If you had doubt whether if cryptos are going to be illegal, my analysis leads towards a resounding, "No."