by Kene Ezeaputa 6 months ago in blockchain
Report Story

The state of Cryptocurrencies and Blockchain 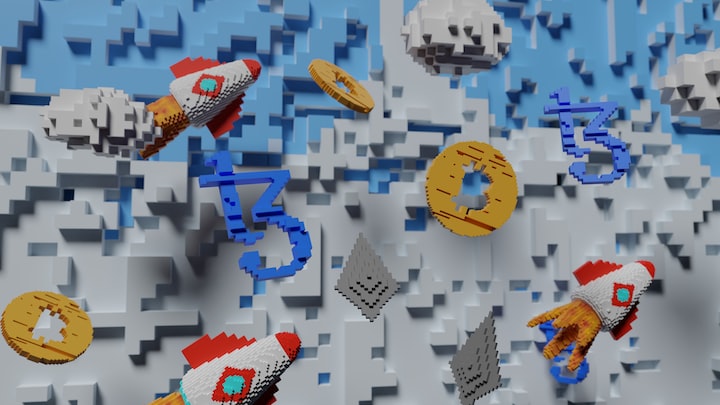 Blockchains have always been pegged with bottlenecks, but it's never stopped innovation; now more than ever, innovation is heating up. New ideas like roll-ups are starting to bear fruit. DAOs are raising tens of millions of dollars, and concepts are transitioning into real-world use cases.

Layer 2 Scaling - This year, layer two scaling solutions have stepped into the limelight. Roll-up protocols like Arbitrum and Optimism work to lower transaction fees by processing and then bundling transactions on a side chain that are eventually moved onto a layer 1 blockchain (Ethereum). Arbitrum does about 40k transactions per day but is capable of 260k (September of 2021).

DAOs- Decentralized Autonomous Organizations) are the start of social platforms built on blockchain technology. These organizations are similar to traditional organizations, without a centralized decision-maker. DAOs give participants the ability to vote on proposals that will automatically trigger smart contracts once specific thresholds are met. Youtube/Entrepreneur Logan Paul revealed an NFT project this month featuring 99 NFTs, that will give buyers the ability to communicate with other holders to decide where to allocate the DAO associated Treasury (50% of the NFT purchase price will go into the Treasury.) Early ideas for the Treasury include funding movies, companies, and charities.

Regulation - Regulation is coming and it is a good thing. Earlier this year, President Biden signed an executive order pushing for the United States to be a leader in blockchain technology. Politicians like Eric Adams and Francis Suarez both took their first paychecks in bitcoin and are pro-crypto. Two of the nation's biggest cities are committed to the vision of blockchain technology. Eric Adams said last fall, "NYC is going to be the center of the cryptocurrency industry and other fast-growing, innovative industries! Just wait! " Wyoming is also making a push. Wyoming wants to be the crypto capital of the U.S. (slate.com).

Still early- The best point I heard at the 2022 bitcoin conference earlier this month was that bitcoin has primarily been driven by retail investors (i.e., non-professional traders), but we know that big money is coming in. Bitcoin's market cap is $1 trillion, and the market is worth 115 trillion worldwide. Two large holders of equities are the Norwegian pension fund and the Abu Dhabi Investment Group. Owning 65% and 32-42%, respectively. (Each has about $1 trillion under management with no crypto holdings.).But this pales in comparison to JP Morgan Chase and BlackRock, which own 4 and 10 trillion in assets, respectively. I believe an increase of 1% in each of their holdings will double the price of Bitcoin. (Assuming a 1 billion dollar purchase increases bitcoin's market cap by 10 billion.).

Famous fund manager Cathie Wood is more optimistic than I, saying Bitcoin could touch 500k by 2026 and a million by 2030. "If we're correct, and companies continue to diversify their cash into something like bitcoin, and institutional investors start allocating 5% of their funds, we believe the price will be ten-fold of where it is today," Wood says (the price was at 45K at his point in September of 2021).

What I'm seeing - Ethereum is in its infancy. Blockchain technology has just entered the early majority on the tech adoption curve. That means one thing: the future de facto blockchains have already been built, and, they're in the top 25 right now. When new technology is created, there is a rush to capture market share. This rush causes people, organizations, and companies to over-promise and cut corners. (which leads to bubbles). The obvious example is the Internet bubble and Pets.com. But it's important to realize that not all the companies that entered the space were "fakes." And because they survive this initial rush, they have space to thrive. (PayPal, Amazon, Google).

The similarities to the crypto space are evident. because of the importance of branding and networks. The 2018 ICO craze (or NFT surge of 2021)was the equivalent of the Internet bubble. And we have since seen the leaders step into their niches. A good blockchain is a good network, and the hardest thing to build in crypto is a good network. A good network can't just be fast, it has to be secure and decentralized. The most polished blockchains are Ethereum and Bitcoin. Boasting 400,000 and 1,000,000 miners, respectively (decentralized), Along with battle-tested code (security), Which is something that newer projects cannot replicate. Newer blockchains, like Solana, have sacrificed decentralization for speed. But speed is a commodity (the easiest of the blockchain trilemma to solve). It will be very hard for a new blockchain, to come onto the scene, and eclipse, Ethereum, or Bitcoin. In my mind, I'm only interested in 4 layer-1 solutions(ETH, ADA, BTC, and SOL) but believe that all roads lead to Ethereum becoming the de facto blockchain.

A Reminder - This new wave of blockchain technology was never about profits; it was about the empowering of the middle and lower class and emerging economies. It provided a vision for a better Internet, and I think it's important to remind ourselves of that. Blockchain technology represents a better way of doing things: the empowerment of the individual. That's the vision. And that's the goal.

More stories from Kene Ezeaputa and writers in The Chain and other communities.