Bitcoin Sucks Up More Electricity than Many Countries — How Is That Possible?

Why is it too energy hungry? 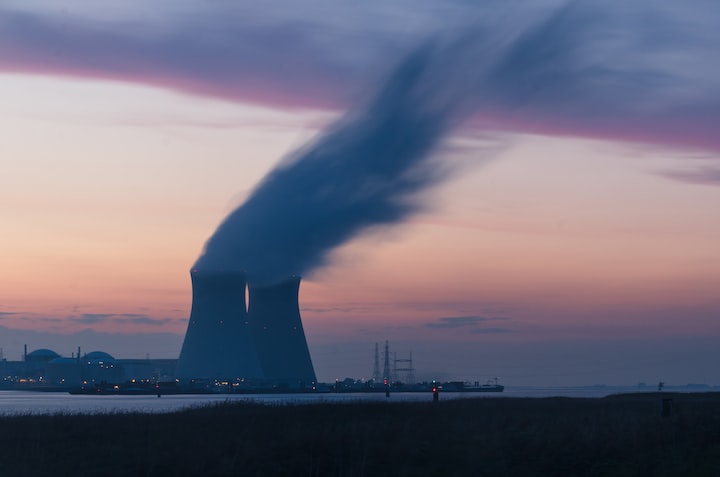 Photo by Frédéric Paulussen on Unsplash

For most people, Cryptocurrencies have just been mysterious black boxes of profits. Since last decade, people invested Billions of dollars on them and reaped huge returns.

However, most people have only invested.

They didn’t ponder over of how the virtual coins are actually created, and how they could create one, if it were simple. Here, I’ll tell you how they’re created, and if you think it’s easy, you owe me a Bitcoin. Deal.

I’d refer to him as the unluckiest person that ever existed. Why? Because in 2009, when Bitcoins were almost worthless, he mined 7,500 of them into his hard-disk. And then… he lost it! That’s $470 million worth today.

Well, now let’s ignore the whole story and only concentrate on — How the heck was he able to own thousands of them so naively, while most of us currently don’t even own a full coin?

Because, in 2009, people mined truckloads of Bitcoins as quickly as they ate cupcakes. All they needed was a simple setup like this in their living room, and a hard-disk.

A Windows XP computer with Bliss wallpaper, and Internet Explorer as its default browser sufficed.

But today, you can’t mine a Bitcoin unless you have a room full of specialised, powerful ASIC machines that cost thousands of dollars each. If you’re mining Bitcoins today, you’re caught on camera:

The cost of electricity required to mine one Bitcoin today is equivalent to your household electricity bill for 9 years: A whooping $12,500! No worries, as the Bitcoin you’ll generate subsequently is worth $50,000.

Generating Bitcoin has been becoming more and more power-hungry day by day. In just five years, the Bitcoin network went from consuming 0.5% of all the electricity consumed in the world, to 10x. If you aren’t able to estimate its enormity, here are a few examples:

The process of creating Bitcoins consumes 91 terrawatt-hours of electricity annually, and that’s more than the yearly consumption of the full country Finland (population: 5.5M).

If Bitcoin were a country, it would rank 33ʳᵈ in the world’s energy consumption.

Why is Bitcoin so power hungry? WHY?

Paper money had been one of the most innovative concepts of the history. People exchanged goods for it, and the paper always held its value for exchange again.

However, when crimes like black money, frauds, counterfeiting, thefts arose, banks and government started involving in transactions and had got their regulation on our own paper money.

Though you own it, you’re asked for an explanation if you transfer huge money.

Hence why, in 2008, an unknown anarchist or a group of anarchists of name Satoshi Nakamoto wondered if (s)he/they could totally remove this traditional system of money management.

That’s when the first idea of Bitcoin arose.

And here’s how it works…

Unlike paper money, Bitcoin is not regulated by a single authority. All the transactions are recorded by the decentralised network of Bitcoin users.

This means, every single transaction, petty to hefty, is noted by all the participating devices. Only then, the transaction would complete. And that is how this system eradicates “Black”.

Imagine a person in rural Nigeria buying a bubblegum in his neighbourhood shop by Bitcoin. And by nature, his transaction would complete only after the whole Bitcoin network, including your device, ledges it.

Now if Bitcoin becomes widely established, imagine how many millions of such transactions keep happening in the world every second?! And how vigilant and quick the Blockchain system needs to be? Now you’ve understood it.

Initially, this new and untried concept was completely strange for people to digest. Slowly, they understood it and started liking it for its benefits.

By Bitcoin, you could send as much amount as you want. Anytime, anywhere, as long as the internet is intact.

Now, how are new Bitcoins created?

By playing a hi-tech guessing game, where the players aren’t humans.

Let’s say I assume a number between 1-10, and I ask three of my friends to guess it. And there’s no limit to how many guesses they can make. Most likely, in a few seconds, someone would become the winner of my pizza party.

Now, say I pose my challenge not to three, but a million people, not a digit between 1–10, but a random 64-bit Hexadecimal, and not a pizza, but thousands of dollars cash prize. That’s EXACTLY what the Bitcoin network does.

It keeps challenging the miners in the world to guess its ginormous number, and whoever guesses the it first will be rewarded a “block” or 6.25 Bitcoins. If the game ties, the one who’s done the maximum guesses is honoured. And the game keeps refreshing again and again. For a fact, on an average, once in every ten minutes, someone wins Bitcoin.

We know how much physical work is involved in mining metals like Gold, Silver etc. from quarries. And its a fact that comparable computational work is done by supercomputers in cracking the code to generate new Bitcoins. Hence why we metaphorically call it by the word mining.

When the first Bitcoin was mined in 2009, the guessing game was relatively simple, also the reward was higher (50 BTC a block). When too many people flocked into Bitcoin mining, the network increased the difficulty and decreased the reward so as to keep the production stable. As of today, it’s 6.25 BTC for the winner.

Called Bitcoin halving. On an average, every four years, the network halves the reward for the winner. This means that miners have to work harder and harder for lesser and lesser rewards.

Back in James’s times, when Bitcoin was not much popular and craze-worthy, and was worth a penny, he mined myriads of them into his hard-disk with his probably old Pentium processor PC.

Now they say, “Bitcoin popped up out of nowhere and is eating up the world’s electricity.”

To mine Bitcoins today, we need powerful mammoth-sized ASIC machines, lot of maintenance, security, money, and coolants to prevent the relentless Bitcoin-hungry machines from overheating. These can’t be owned by a person. Companies buy, build, or rent data centers for mining Bitcoins.

They have become cleverer too. They’re now pooling their resources and are equally distributing their Bitcoin profits so everyone would get, say, $10 per day rather than $50,000 every 10 years. A better and a more promising deal.

Where does mining happen?

It’s happening everywhere in the world, often, where there’s abundance of cheap energy. For years till date, the Chinese have been mining the majority of Bitcoins — followed by the US.

The e-Waste issue of Bitcoin

The Bitcoin issue spans more than just the electricity bill. Obsolete hardware piling up is a bigger issue. To win the guessing game, everyone needs the newest and fastest machinery. As and when a new CPU arrives in the market, companies rush up to buy them, kicking the older ones out into the nearby landfills.

They don’t mind the land pollution it causes. They just ignore.

Can we mine a greener Bitcoin?

As the world miners are largely anonymous, it’s hard to find how much of Bitcoin mining is powered by renewable sources. However, it is estimated that globally, 40 to 75% of Bitcoins are mined by renewable energy.

Hold on! It isn’t a good news, not a bad news either.

If Bitcoin mining is powered by natural gases, it would end up wasting electricity for drilling the Earth altogether. If we use hydropower, what if it doesn’t rain that year? Do we stop mining? If we use solar energy, it hardly suffices. This has become a complex issue.

For a sustainable mining, environmentalists suggest to alter the way Bitcoin works, like an alternate bookkeeping system, an alternate transaction method etc. that uses lesser power. The counter argument says Bitcoin holders have got used to the default way it works and altering the system doesn’t work.

As far as we could foresee the future, we find no permanent solution to the Bitcoin’s environmental mishap. Not even after Feb 2140, when the last Bitcoin will be mined. Because by that time numerous other cryptocurrencies add up to the list.

After El Salvador became the first country to recognise Bitcoin as a legal tender (alongside the US dollar), it planned on setting up a “Green” Bitcoin mining station.

In Sep 2021, it began harnessing volcanic gases from the Tecapa volcano, 66 miles away from the capital, for powering Bitcoin mining. Alongside, they set up 300 computers for solving the complex math equations.

Sounds crazy! This seems to be a solution for the Bitcoin tragedies.

Though Bitcoin is a virtual thing, it has made a large footprint in the physical world. It’s connected to the things we largely depend on in our lives — Fuels, electricity, and space.

All we’ve imagined with digital transactions is a happy world, but Bitcoin doesn’t seem to be the perfect solution for it. Maybe the coin’s code needs to be altered for an efficient bargain, or maybe a new ‘green’ cryptocurrency needs to arrive.

Not a Vocal+ member yet? If you consider signing up for it, do Sign up now!

(It's an affiliate link so I receive a portion of your payment, with zero extra cost for you.)

Connect with me on Linkedin

Find me on Medium

Receive stories by Nikhil Vemu in your feed
Nikhil Vemu
Read next: Is Civic Coin a Good Investment In 2021?