10 Cryptocurrency Scandals You Need to Know About

by Rowan Marley about a year ago in alt coins

Love Ether? Love Bitcoin? These cryptocurrency scandals will make you think twice about that.

Cryptocurrency is often framed as one of the most fascinating fields in the tech world, and it is. It's a world where blockchain technology can do anything—including end world poverty, create a new financial ecosystem, and also make money transfers easier than ever.

The world of cryptocurrency is one that has also become somewhat dramatic in recent years. The top Bitcoin influencers on Twitter have their squabbles, news breaks out of Bitcoin wallet scams, and, sometimes, it just all seems insane.

With all the drama involved in the world of crypto, it's not surprising that some cryptocurrency scandals ended up making international news. Though many scandals have broke out, these are the worst offenders in recent crypto history. 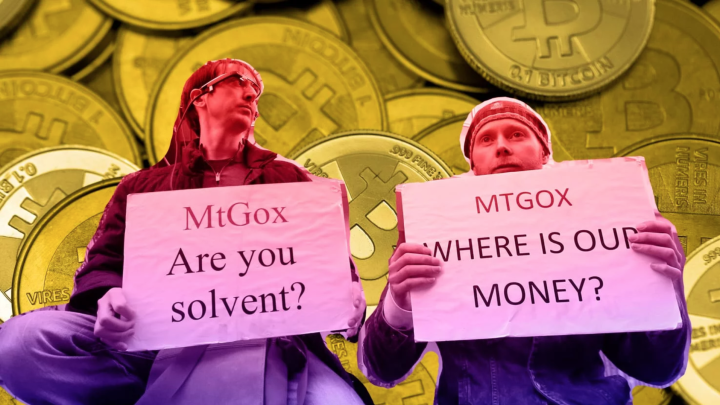 Back in the day, Mt. Gox was one of the biggest cryptocurrency exchanges in the world. It was an exchange that was as trusted as Coinbase, if not even more so. Around 70 percent of all Bitcoin transactions ran through Mt. Gox at its highest performance.

Then, the infamous Bitcoin wallet was hacked in 2011. An unknown hacker used staff credentials to modify the price of Bitcoin and illegally transferred coins to himself. Mt. Gox moved everyone else's coins to cold storage.

Sadly, that was not the end of Mt. Gox's woes. The Bitcoin wallet kept on losing clients' Bitcoins through impossible transactions, thefts, and hacks. The Department of Homeland Security got involved, and as Mt. Gox continued to try to make things better, things got worse.

Eventually, word got out that people were waiting weeks and months for funds to clear. That final scandal killed Mt. Gox. By 2014, the company filed for bankruptcy.

That alone wasn't enough to end one of the worst cryptocurrency scandals to hit a Bitcoin wallet. The company regularly still has lawsuits, thefts, and financial issues to unravel. What a nightmare! 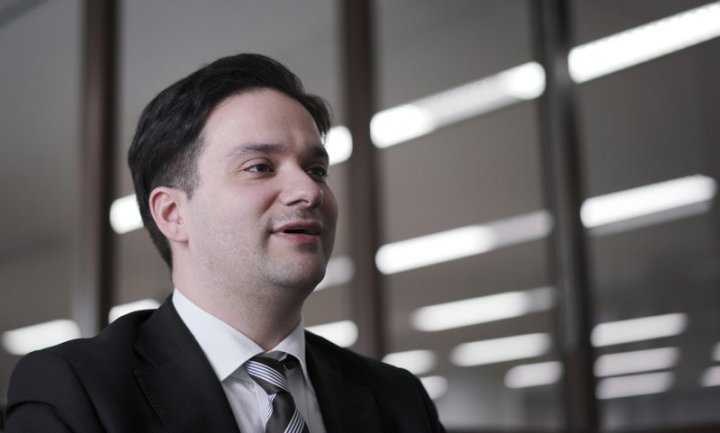 Mt. Gox is one of those cryptocurrency scandals that gets worse the more you hear about it. Even more minor aspects of the case are insane, and this is one of the tales that prove it.

During the Mt. Gox scandal, Mark Karpelès was the company's chief manager. Noticing that there were hackers stealing Bitcoin from the company from every angle, he did the exact thing every manager shouldn't do.

He decided to steal $1 million for himself, hoping that it'd build up his golden parachute. He then moved another $3 million from client accounts to his own account, hoping no one would notice.

People noticed, and this new theft ended up becoming one of the more hilarious ways criminals have gotten caught. He's pleading not guilty, and chances are that the end of his trial will have him serving five years in prison.

Back in 2014, Neo &amp; Bee was one of cryptocurrency's top startups. It was a Cyprus-based company that was working to make itself into a Bitcoin bank, and was headed by Bitcoin maverick Danny Brewster.

Fundraising was in motion and it looked like Neo &amp; Bee was slated to become a major player in the crypto scene. It had a physical location, a full advertising campaign, the works!

All went well until Mt. Gox fell, taking Neo &amp; Bee with it too. Rumors had it that an "accounting error" happened that showed the company as being far more wealthy than expected.

Either way, Brewster ended up arguing with a fellow creator and the company folded. The money invested in it disappeared, too. Shortly after, Brewster was hit with an arrest warrant, and vanished upon hearing the news.

Recently, he's pledged to pay back investors, but it seems like this is unlikely. Either way, he's now viewed as a Bitcoin villain due to his role in one of the largest cryptocurrency scandals of the year. 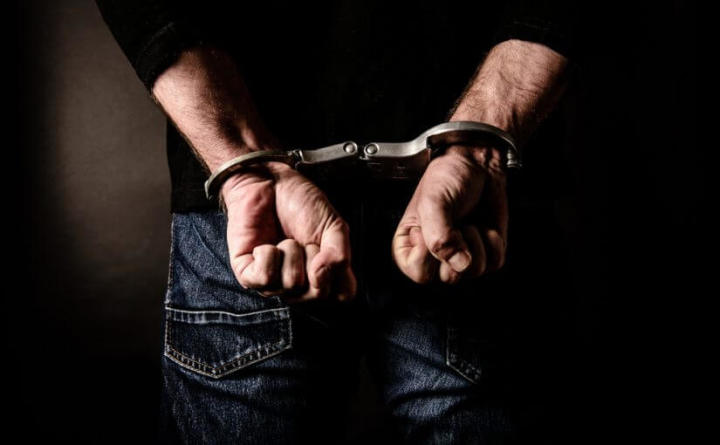 When it was first invented, Silk Road was the Dark Web's open air market—and as you can imagine, transactions were pretty illegal for the most part. Drugs, child pornography, and weapons were regularly sold there.

For a very long time, it seemed like the creators of Silk Road were invincible. Bitcoin was untraceable...until it wasn't. Bitcoin transactions were what led to the shutdown of Silk Road, and it was only then that people realized crypto isn't impossible to trace.

Ross Ulbricht, the founder of Silk Road, was collared during this raid. Others, including Charlie Shrem, got pinched by the FBI for money laundering in relation to the site. Despite asking for a plea, Shrem was sentenced to two years in prison.

These days, the arrests are viewed as a warning signal to those who want to walk on the dark side of things. If you ask would-be criminals, the Silk Road Arrests were the most chilling cryptocurrency scandals in history.

NiceHash was a cryptocurrency exchange that allowed miners to buy and sell energy. There was no prepayment for the energy they got, and sellers would get paid in Bitcoin.

Somehow, hackers were able to breach the Slovenia-based company and lock users out of their accounts. Those who tried to log in found themselves locked out, with a message that the site was under maintenance.

Eventually, news got out of the cyberattack that hit NiceHash. The hacking group responsible for the attack walked away with over 4 million Bitcoins, making it one of the largest Bitcoin thefts in history—as well as one of the most devastating cryptocurrency scandals of 2017.

In the olden days of Bitcoin, investing in cryptocurrency was still a relatively new concept. That's what made Trendon Shavers decide to launch a Ponzi scheme similar to Bernie Madoff's.

He promised he could help people invest in Bitcoin and succeed, guaranteeing a 7 percent return every single year. He then amassed 7 percent of all Bitcoins in circulation, and used them to pay returns, which caused investors to back his investment.

Eventually, the authorities caught on. He was ordered to pay $1.2 million back to investors, and spent around a year in prison for his crime. At the time, this was one of the first cryptocurrency scandals to mirror a Madoff scheme. It was not the last. 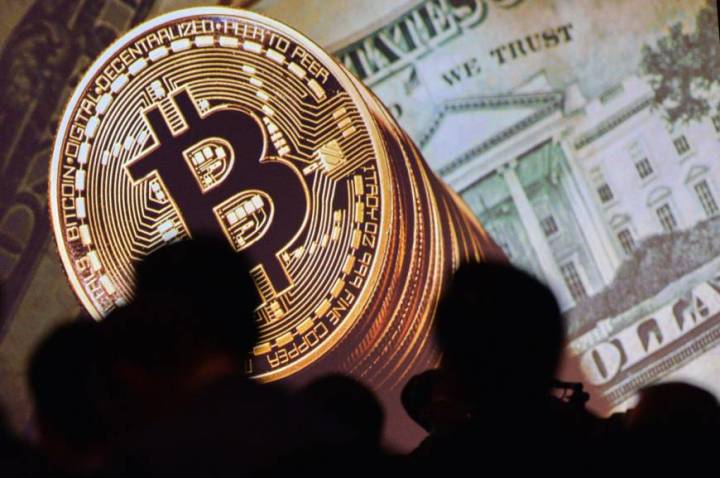 One of the newest cryptocurrency scandals to hit the world just only recently happened in Singapore. Mr. Pang, a wealthy person from Malaysia, decided to go to Singapore to buy Bitcoins in straight cash from a broker.

He went to Singapore with his broker and a briefcase of $365,000. When he met with the connect, they beat the two men up and stole his briefcase. Shocking? Not quite, but the sheer amount of money stolen caused an uproar.

If you choose to buy Bitcoin, don't bring cash on you to an in-person meeting. That's just really bad common sense!

If there was one country that made it crystal-clear that they don't like cryptocurrency, it's India. The country famously passed extremely strict laws governing the trading of cryptocurrency, with many politicians denouncing the currency as bad.

This seems pretty okay in terms of being a conservative country goes, but then a scandal broke out when word got out that the Bharatiya Janata Party of India was receiving and circulating around $12 million in cryptocurrency.

The BJP, as it's known, actually gained power by promising to quash the shadow economy and ending cryptocurrency in the country. Awkward. 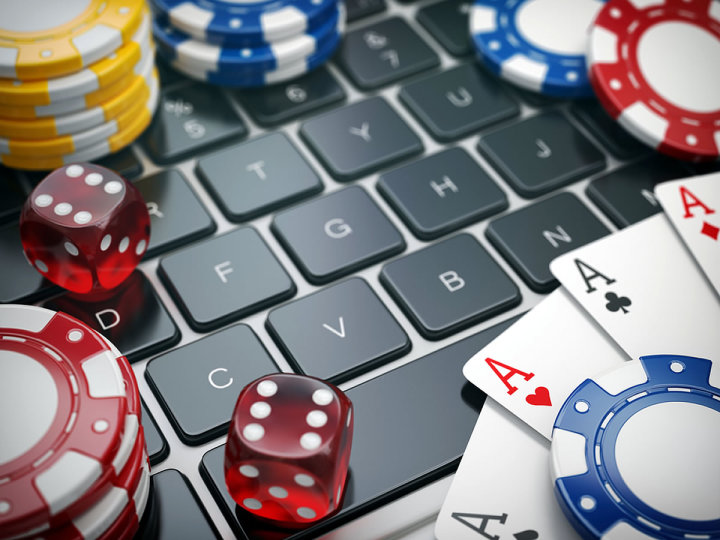 Trading on margin is very rarely a good idea, particularly if you are in a highly speculative field like cryptocurrency. CoinOne is one of the only Bitcoin exchanges to offer trading on margin, and it sounds like a great idea to offer this feature to more experienced traders.

Unfortunately, this became one of the more recent cryptocurrency scandals to hit the scene. It was later revealed that the reason for the feature was because most of the executives were using margin trading to gamble with Bitcoin.

Finally, one of the biggest cryptocurrencies to ever happen also deals with a pretty historic event: The United States's 2016 election. It's becoming increasingly clear that Trump was placed in a position of power by the Russian government.

FBI officials recently announced that funding for the Trump campaign was sent via Bitcoin through the Dark Web, and that the servers that were used to house WikiLeaks also were bought using cryptocurrency.

As more details arise, the scandal continues to get more salacious. This scandal isn't even over yet. Whatever the future holds, it's going to be pretty insane.