by Chance F. 5 months ago in industry 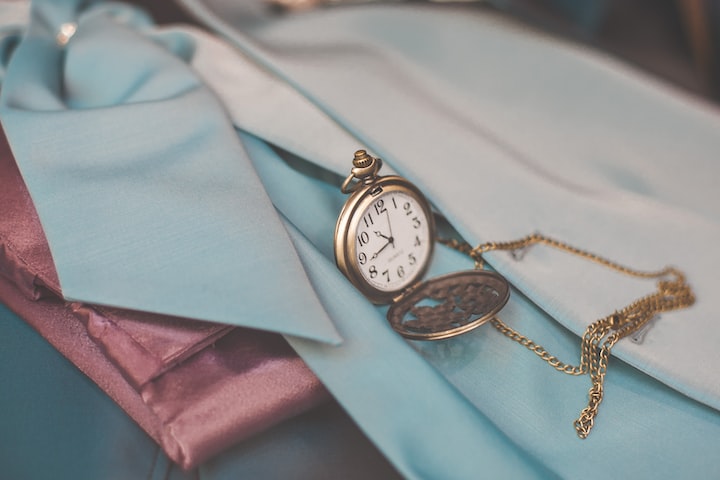 Photo by photo-nic.co.uk nic on Unsplash

War takes its toll on not just the political aspects of life but on a variety of day to day matters, and nothing is more universal than clothing. Waking up and putting on clothing is built into our routines and is inarguably one of the most commonplace behaviors in society. Being such a staple of everyday life war must have an impact on what type of clothing is worn. The Civil War impacted every aspect of life in America and that included clothing; cotton shortages changed the types of fabrics worn, mass death meant mourning clothes and memory jewelry were prevalent, the clothing of slaves changed dramatically from before and after they gained freedom, and the war meant uniforms on both sides for medical professionals and volunteers.

War requires large amounts of supplies and cuts off all trading relations between the two opposing sides and the Civil War was no different. Trade was cut off between the Union and the Confederacy and as a result, the cotton textile industry suffered greatly as all of the cotton growing plantations were in the South and all of the cotton textile factories were in the North. This disconnect did not affect Britain (the largest power in the world) early in the war and they had a booming textile industry but Queen Victoria declared neutrality in regards to the Civil War despite the fact that the Confederacy wanted their support. In order to coerce support from the economic powerhouse that was Britain at the time, the Confederacy burned approximately 2.5 million bales of cotton to cut off their supply in an attempt to coerce them into allying with their cause. Although this meant that Great Britain could no longer get cotton it meant the same for the South who had burned all of their textile production bridges. In addition to what was destroyed during battle, it left both ides with few options. With the North and South out of cotton, one of the most widely used textiles of the time was becoming increasingly unavailable as the supplies they left had dwindled. This meant that what little cotton they did have went to things of high importance to them such as uniforms for the war effort and there simply was not enough for the elaborate dresses adored by women of the time. Wealthy women could afford to use different high-end fabrics and seeing dresses of silk, velvet(used in colder places), fine lawn, and muslin on the wealthy was not uncommon and even those who could afford cotton would not wear it because they wanted to be seen supporting the war effort. While the wealthy could afford other gentile fabrics the poor were often relegated to far coarser materials such as linsey-woolsey, fustian, and osnaburg, which are coarse and inexpensive blends of cotton and other rougher materials, they also used cotton that remained extremely cheap like calico (which was often sold rough and undyed). Although not the only thing in people’s wardrobes that was changed by the Civil War, choice of fabric was a major difference in pre-war and wartime fashion that had extreme economic and political ramifications. This decision made by the South is widely regarded as an extremely miscalculated attempt at coercion that had effects on not only the day to day lives of people living in the South but the Southern economy as well, which was already suffering due to the split from the North.

Another aspect of fashion that was reintroduced during this time of war where people were dying in mass was a large portion of people wearing mourning clothes and death jewelry. Black was not a common color for people in the South before the war as the color absorbed heat and was extremely hard to wear in the hot Southern sun but during the war mourning clothes meant that black cloth was worn more frequently. People also mourned their lost loved ones with death jewelry; death jewelry was made of the hair of the dead loved one and would be worn by women in mourning. Although this may seem strange today this was a way for them to remember their loved ones by keeping them close and became a fashion staple due to the fact that death was so common in the Civil War. This morbid practice was one of many ways that fashion changed due to the different environment to which American people had to adapt.

While fashion changed dramatically for the white people in America the same could be said for the African Americans at the time. Before the war enslaved Africans in America only had one set of clothes sometimes accompanied by shoes and hats. Clothes would often be handed out twice a year and on some but few plantation’s slaves were allowed to make items to sell and use the money to buy Sunday clothes. On some plantations, cloth would be given out and slaves would be expected to cut and sew their own clothing or either a slave seamstress or the mistress of the house and her daughters would be tasked with cutting and sewing clothes for the slaves. During the war some slaves joined the fight and wore uniforms and after the war was over and slavery was abolished African-Americans earned enough money to by clothes that were more substantial than those they had been given as slaves but they still made significantly less money than white Americans, and as a result throughout this time their clothes remained more function than fashion.

War in any capacity brings on a new set of needs for the people fighting including clothing they wear. Most men at the beginning of the war on the Union side wore the clothing that they brought from home. Regular US Army troops wore traditional dark blue trousers, jackets, and kep kaps, with slight color variations to distinguish volunteers from professionals. While the South had some cotton left after their failed attempt to sway Britain’s neutral stance and they were able to scrounge up their supplies for the Confederate uniforms often wearing cotton blends. The North did not and as a result Union uniforms were made out of wool. The uniforms of soldiers on both sides of the war show the effects that the South’s actions had and provide a look into the provisions on either side.

Soldiers were not the only people in uniforms throughout the war, medical professionals and predominantly volunteer nurses had their lives and their wardrobes changed greatly by the war. Nurses wore black or brown clothing with no ornaments, bows, curls, jewelry, and certainly no hoop skirts. Which created a look that was a far cry from the elaborate gowns worn by wealthy women at home. There were volunteer nurses on both sides and neutral nurses who helped everyone who's outfits varied slightly but remained the same in the aspect of freedom of movement and greater mobility in women's clothing than had been seen in a very long time. These women’s clothing were affected by the Civil War clearly but that effect on clothing pushed women's rights forward immensely. Women were no longer confined to restricting corsets and enormous hoop skirts and had freedom of movement in their clothing. This was one of the first times that women were deemed to not need to have beautiful clothing, as their outfits were shapeless and unflattering because they were not there for their looks, but for their work and service. This can be seen as the first step of many towards the vast options in clothing women see today.

There were many changes in fashion as a result of the Civil War that illustrate both the decisions made during the course of the war and the effects those decisions had on the lives of everyday people, the economy, and social reform. Looking at history through the lens of fashion provides a much more in-depth view of the events and the effects they had on people's day to day lives.

industry
Chance F.
Read next: A low-budget shopping on a go!
Chance F.
See all posts by Chance F. →