PINK is over. Get over this racist lingerie company with these cute names instead! 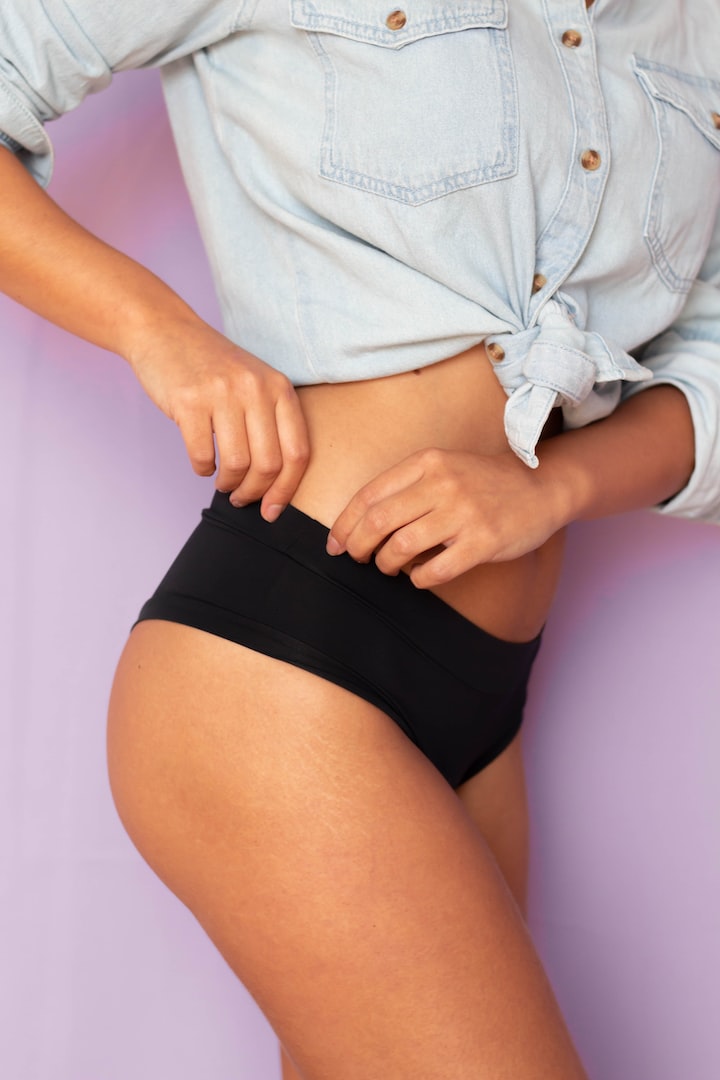 Photo by Inciclo on Unsplash

So, recently, I heard about a certain altercation that happened in my home state of New Jersey. Well, altercation isn't quite fair. A white woman by the name of Abigail Elphick hit a black woman then tried to fake a panic attack when the woman decided to record her violent outburst.

Though security and staff members were present, they let the screeching Karen harass and assault the poor woman. The police did nothing, and when asked why, asked her why she didn't just leave. The staff were not much better.

Honestly, I understand that retail workers are not paid for that shit, but this isn't the first time Victoria's Secret botched stuff. For years, there have been accusations of racism, fat-shaming, as well as exclusionary behavior stemming from this company.

At one point, Victoria's Secret was outed for having connections to Jeffrey Epstein and actively aiding his exploitation of women. Between that, the inhumanly high amount of airbrushing, and the fact that they are mostly about rejecting body positivity, I want to see people turn away from them.

Want to give a better business your money? I found some better options here.

If you are the type of person who can't stand buying lingerie off the net, check out Aerie. Like VS, you will be able to find it in most major malls in your area. They have cute sales and cute panties.

Aerie also made a point of using models who are of varying sizes and refused to airbrush them. They're at a similar price point to Victoria's Secret, minus the mean girl vibes.

Ooh, Soma. This is one of the best places to go if you want to get intimates from a mall. They tend to be geared primarily towards more curvy women, so if you've ever had a person at Victoria's Secret sneer at you for your size, you'll love this place.

They have bras that go as high up as an H cup. So, you can usually find sizes that match your needs.

Rounding out our trio of "mall lingerie stores" is Agent Provocateur. This is basically what Victoria's Secret used to be. It's hyper-upscale, gorgeous, and is meant to have a heavy emphasis on sexiness and seduction.

If you are willing to spend a mint, then this retail store will make sure it happens. With that said, it strongly leans on straight sizes and has been alleged to have similar issues as Victoria's Secret.

However, most Karens would not pull their antics in this store. If they did, the cops would get called.

Now, let's get to some of the more online-only choices. Since this article was sparked by a racist incident and terrible reactions from the store we're offering alternatives to, I wanted to add some black-owned businesses that rock.

Let's start with the obvious: Savage x Fenty. Rihanna knows how to slay when it comes to makeup AND lingerie. And, it's helping lift up black brands while promoting body positivity in all shapes and sizes. What's not to love?

Anya Lust is another black-owned business that's all about body positivity and elegant lingerie. They've gained a massive following on an international scale thanks to their high fashion looks.

If you are looking for traditional lingerie that looks great, then you will love their stuff. It's appeared in every major fashion magazine, including the hard-hitters like Vogue.

Nude Barre isn't just a lingerie company. They do high-performance athleisure, bodywear, and swimwear. If you can't guess, they are black-owned and absolutely amazing at what they do.

This is the kind of underwear brand that works just as well for the gym as it does for the bedroom. As their awesome Instagram photo shows, it also might be the most flexible gear on the net, too!

Sexy? Check. Durable? Check. Black-owned? Check and check. If you love the idea of seeing gorgeous lingerie and underwear that you would be proud to wear, you'll adore Love, Vera.

This brand is amazing when it comes to creating affordable, durable gear that suits all figures and skin tones. With that said, their brightly colored gear can also work wonders as festival fashion.

If you love Victoria's Secret, then you probably have heard of this name before. Frederick's has been a staple in the lingerie industry for ages, and surprise---it doesn't have half as many scandals involved with it. Amazing, right?!

This is a company that is a direct competitor of VS, and also tends to have a very similar aesthetic. People who want Victoria's Secret types of lingerie but don't want to deal with the racism or crappy corporate fauxpologies will enjoy this.

Edgy and sophisticated, FYI is a brand that literally stands for F*ck You Industry. This brand is meant to be gritty, in your face, and fiercely feminist. Why do I know this? Because the owner is LGBTQIA and very vocal about her stances.

If you love the idea of raw girlpower in all its lesbian glory being represented in the oft-cishet lingerie industry, you are going to adore this. (I know I sure do.)

Naja is a brand that is Latin-owned and is dedicated to producing clothing ethically. The underwear company is famous for using sustainable materials and putting a heavy emphasis on being eco-friendly. Considering how bad climate change is, that's a huge deal.

Oh, and did we mention that the people who make the clothing are also paid above-market wages? Yeah, they are cool like that.

Delightfully inclusive and LGBTQIA+-owned, TomboyX was suggested to me by my good friend, adult entertainer Jay Knight. Their booty shorts are apparently some of the most comfortable you'll ever see. As far as ethics goes, we're all about the gender fluidity we see in their gear.

They're relatively new, but the message that they send is one that is filled with body positivity as well as a great splash of style. We can dig it.

More stories from Ossiana M. Tepfenhart and writers in Styled and other communities.