With the #BoycottDollsKill tag going strong, it's time to find good alternatives to Dolls Kill 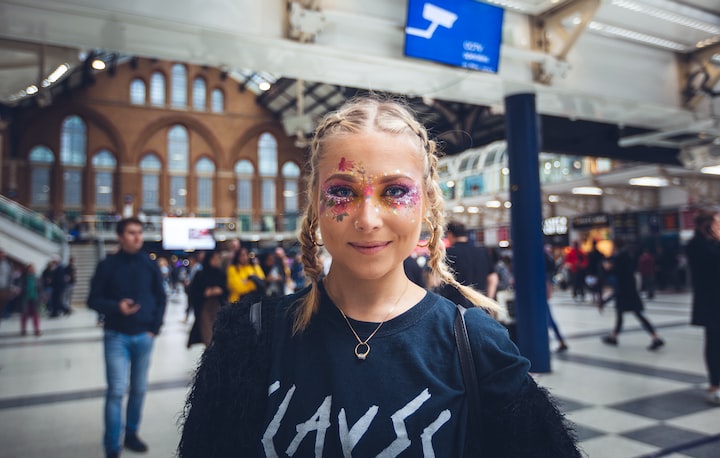 I've been a fan of Dolls Kill for about five years. It's been my go-to for clothing for as long as I've known about them. They have it all—rave clothes, goth boots, festival pants...You name it.

But, lately, I've been learning about their ethics. I could, potentially, deal with their cronyism in the workplace. I could tolerate their high prices. But, when word got out about their racism and sex-shaming, I was outskies.

The problem is obvious: I NEED MY WEIRD CLOTHING! So, I had to find alternatives that were pro-equality, pro-sex, and cool. Here's what I found so far...

Fans of vintage clothing with a sexual bent are going to love this site. Along with being super sex-positive, Alien Outfitters is a brand that's all about being yourself and getting in touch with your inner Burning Man.

It's worth pointing out that Alien Outfitters doesn't just carry kinky bikinis and printed tees anymore. They also occasionally carry weapons, wall decor, and stickers, too.

Black-owned and dedicated to diversity of all kinds, We Are Unapologetic lives up to its name in the best way possible. Their bikinis are bangin', they have that glamorous "Cali vibe" that Dolls Kill has...

Oh, and did I mention that their designs are actually unique? Because they are, and they will have everybody asking you where you got your gear.

Ota-Q is one of the hottest up-and-coming alternative fashion labels catering to kawaii, anime, and pastel goth couture. Fans who are looking for an upgrade on the cheap crap under Doll Kill's "Coco" will adore this brand.

If you're a fan of cosplay and want to support indie, black-owned businesses that make rockin' clothes, this is your new favorite thing.

Cozy Kids x Blvucchi is one of those new design collabs that deserves a lot more love than it gets. Fans of 90s vintage coloration, neon, and just a little bit of old school hip hop flair will enjoy their selection.

In terms of ethics, you can't get better. They even donated a portion of their proceeds to the Black Lives Matter movement!

Ironically, Dolls Kill was the company to introduce me to Killstar. This Satanic/Wicca aesthetic punk-goth brand has been a darling of the goth and metal scenes for a while. They also have a remarkably good reputation for promoting individuality.

When word of George Floyd's murder got televised, Killstar made a point to donate to a number of charities that promote an end to racism. They've also made a point to make an effort to be more inclusive in recent years. Since they're getting more on track, I'm open to giving them the benefit of a doubt.

Tied with Killstar when it comes to popularity among old school goth is Disturbia, another brand that once was heavily promoted by Dolls Kill. This brand might have gotten the nod from the unethical retailer, but it still makes a point of being inclusive.

If you love Darcy or Mercy's fashion on Dolls Kill, why not cut out the middle man and order directly from them?

Hard Decora is a designer that's meant to be as "in your face" as possible, and that's why you're going to fall for their fashioned. This hyper-inclusive company is famous for their bright, rave-ready fashions and cute AF graphics.

The emphasis on Japanese decora fashion is real here. Comic book fans, in particular, are going to love the fact that they use recurring characters in their designs. Kawaii, desu ne?!

Broken Promises is one of the more well-known designers on this list, not to mention one of the more popular. Though they used to be closerthanthis to Dolls Kill, recent actions by the alternative megastore changed their thoughts.

Like many other designers, Broken Promises made the ethical decision to nix their contract with Dolls Kill. That makes them good enough to be featured in my life, IMHO.

UK-based designer Cyberdog is currently one of the longest-running rave and cybergoth stores in the world. As you can imagine, their entire platform is based on inclusivity and being the "weirdest you" you can be.

They've been a bastion of freedom of expression for as long as I can remember. They're incredibly inclusive with models and clothing styles, and have been for ages. Love, love, love.

If you love a lot of the punk aesthetics that Dolls Kill offered, but want to support black-owned business, you're going to adore Gothic Lamb. This store has a lot of old school designs that look fierce with a casual pair of jeans and Doc Martens.

What more can I say? They're stylish in that sexy, hardcore kind of way.

Looking for accessories that show you're vocal about feminism and about hating racism? Look no further than empowerment label GRL_TRBL. This brand focuses in on intersectional feminism and makes adorable pins for supporters.

This company will appeal to your inner riot grrrl.

Though my taste in fashion is extreme, I realize that most people aren't going to be wearing the type of things I typically do. If you love seeing designers who have a "soft alternative" lean with strong intersectional feminist leanings, you're gonna love WildFang.

Their style runs the gamut from the conservative to the festival-friendly.

I couldn't have a list of good designers without including at least one vaporwave aesthetic brand. Publicspace has been amazing when it comes to their support of #BLM and their work educating others on the importance of fighting racism.

Whoever thought neo-Tokyo couture would be so woke?