An Introduction to the customize jacket

by Hania Amir 13 days ago in shopping

An Introduction to the customize jacket 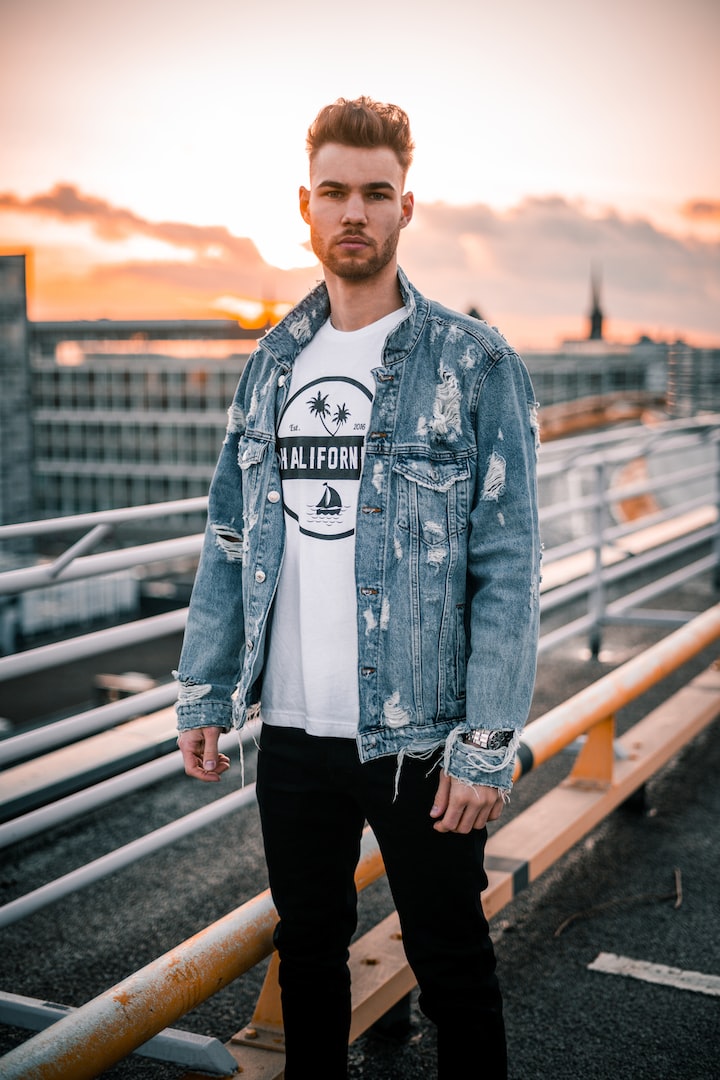 Photo by Sebastian Pociecha on Unsplash

Without a doubt, the most elegant item of clothing in a man's wardrobe is the customize jacket. It comes as part of a set with matching trousers and sometimes with a vest in the same or contrasting fabric.

There are two main types of suit jackets - the single-breasted jacket, usually with notch lapels and the double-breasted jacket, strictly with peak lapels. Occasionally, you may find a suit with a mandarin collar but it's not mainstream. Shawl lapels are commonly use in a tuxedo jacket.

Single-breasted jackets have a single row of buttons down the front, usually two or three; there may be an occasional four, commonly for very tall men. The jacket's front sides only overlap enough to permit buttoning.

A double-breasted jacket has two rows of buttons, and the front overlaps enough to allow both front sides to be attached to the opposite row of buttons. These jackets were all the rage in the 80s and seem to be going through a revival of sorts with some recent high-profile adopters in David Beckham, Jake Gyllenhaal and even Prince Charles. The current double-breasted jackets though are only remnants of their former selves - gone are the big shoulder pads, they are cut shorter and the bulk factor is removed altogether allowing shorter men the opportunity to don one without looking all swamped up.

Jacket Fit. The fit is the most important part of the jacket and I can't stress that enough. People have different comfort levels with how tapered they wear their jackets. This is usually done at the waist to allow the jacket to closely follow the contours of the body. It all depends on how comfortable you feel in the look. You may have noticed men who power-dress, bankers and management consultants for instance all wear tapered jackets as it is what basically creates the image. To look good in a suit, you need not have your jackets fitted to that level unless you like it that way. Although be careful that it's not too loose either as that creates the opposite effect of a shabby image. Make sure it's shaped well on you and the fabric does not pinch at some corners and hang loose at others.

Jacket Shoulders. Jackets are usually built around the shoulders, and this structure is essential to the fit of the garment. The most important function of the jacket shoulders is to create symmetry. People come in different shapes and sizes and that is true of their shoulders too. Some men have extremely broad shoulders, others drooping and some will even have shoulders of different heights. There is absolutely nothing wrong with that and a well-stitched bespoke jacket will easily help to create symmetry. The padding of the shoulders is the place to start. Make sure the shoulder lines are well-defined but not exaggerated. For most people excessively large shoulder pads, for instance those that extend beyond the natural shoulder line creates a disproportionate look. On the other hand, if you naturally have small shoulders, having the shoulder pads very slightly extend beyond your shoulder line, will correct the look for you. It's all down to your body type.

The thickness of the padding is the next thing to look at. If you naturally have shoulders of different heights, you can use the padding of varying thickness to easily correct that for you. As a general rule with shoulder padding, gone are the days when bulky shoulder pads were in trend. Today's jackets largely have a thin padding with a slightly downward natural slant. Over-padding causes the neck and head to be engulfed by the jacket, and too thin padding does not allow the jacket to have the formal look that a suit jacket is supposed to create. What a bespoke jacket does is to create evenness and symmetry no matter what your natural shoulders are like.

Jacket Lapels. Lapels are the folded flaps of cloth on the front side of the jacket; a continuation of the jacket collar that stretches down to where the buttons begin. Lapels come in different styles and options. The most common variance of the lapels is the width. For a classic look, a moderate-width lapel is best and it works well on most occasions.

There are three basic types of lapels. The most common is the notched lapel and is the type used on single-breasted jackets. A suit jacket with notched lapels is often considered the most formal way of dressing and the type adopted by businessmen across the board. The second type, the peak lapel is more dressy than notched and commonly used on a double-breasted suit. Peak lapels create a broader and stronger silhouette with it's fuller looking edges and arched angles - more of an occasion look and might be a bit much for the working day unless of course it comes on a double-breasted jacket. Shawl lapel is the third type and is usually found on tuxedo and dinner jackets. Here, the lapel and collar are not separate - the under collar is cut in one garment front with the centre back seam joining the two halves.

Jacket Sleeves Buttons. One of the things that distinguishes a bespoke jacket from an off-the-rack one is functioning sleeve buttons. In fact it has become fashionable to leave the last one unbuttoned as a statement to say that the jacket is custom-made. Most suits these days have four sleeve buttons but three is not uncommon. Regardless of the number, there should be at least as many of them as there are buttons on the waist, and they should be placed within a half-inch or so above the hem. Also sleeve buttons should always match the waist buttons.

Jacket Pockets. There are three typical styles of pockets on a jacket. The first is the jetted pockets. This type of pocket is sewn into the lining of the jacket and only a narrow horizontal slit appears on the side. As they appear nearly invisible, it contributes to a very sleek and polished look and frequently found on formal wear.

There are also patch pockets, the least formal, and like the name suggests, a cloth is patched on the outside of the jacket to make it into a pocket.

Some bespoke jackets also come with a ticket pocket, another customisation that distinguishes a bespoke jacket from a ready-made one. It's a smaller pocket placed above the standard pocket on the right side or occasionally on the left if that's the wearer's dominant hand.

Pockets are, usually, horizontally cut, but on some less formal jackets like the sports jacket you will find that they are made with a slight slant.

Moving up and common to all jackets is the breast pocket - basically a jetted pocket found on the upper-left chest. It's purpose is not that of a pocket as such and is used more commonly for putting a display handkerchief or pocket square.

Inside pockets differ from jacket to jacket. Off-the-rack ones don't often come with one. On a bespoke suit, it depends on the customisation requests but as a standard there is normally one on the left side and it is sewn into the lining. Some additional inside pockets for holding pens and/or credit cards are also not uncommon, another signature that the jacket is bespoke.

Jacket Vents. Vents are flap-like slit(s) in the back bottom of the jacket designed to accommodate freer movement while a person is seated for instance and for easier access to trouser pockets for the wallet. On the bespoke jacket there are three options - ventless, center vent and side vents.

Ventless jackets as the name suggests have no vent and is commonly found on Italian-style suits offering a sleek look for the back side of the jacket. Center vent is one single slit in the center of the jacket. A jacket with side vents has two vents, one on either side, usually where the trouser pockets are placed.

If there's one point to take away after reading through the article, make sure it's "fit". A well-fitting suit covers a multitude of sins you may make in fabric, color and style.

Read next: Why It's Very Important To Iron Your Clothes