Why I Joined the Military while in University

A Soldier's Life is Nothing but Strife... 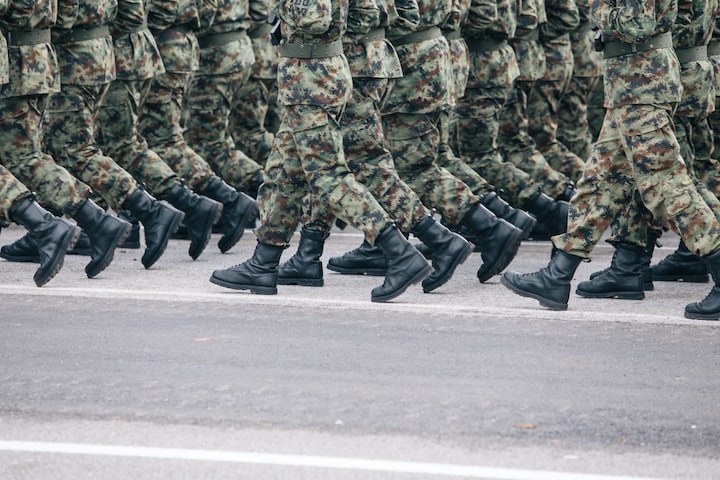 Photo by Filip Andrejevic on Unsplash

This year I joined the military and the first thing I was asked was “Why?”.

“Why would you do that?”

“Do you have a death wish?”

I didn’t have a good answer for you then, but I hope I do now. I joined the military to be a better person or rather to attempt to become a man.

It might seem dumb, ignorant, or even toxic to think of it as a rite of passage to manhood, or adulthood for that matter yet it felt necessary to me. Necessary for my development as a human being. Necessary for my extreme goals, ambitions, and dreams.

It was something I just had to do. Like a deep calling instilled in the depths of my being.

For others I’ve met, this wasn’t necessarily the case. Some join to escape the harsh realities of their own lives because as far as the military goes, it’s a break from the chaos to them. Others join simply because they think it’s cool.

For me, it felt like a way to connect with my ancestors.

To have the privilege to learn the way of the warrior was like commemorating thousands of years of ancestral struggle, conflict, and most importantly survival.

We are the by-product of billions of years of successful reproduction after all. That is a miracle in itself. I’m no epigeneticist so don’t quote me on this, but I heard on a podcast somewhere that parts of your DNA are waiting to be unlocked with new life experiences. I'm a strong believer that we all have infinite potential buried deep inside patiently waiting to come out as we live on and challenge ourselves.

Joining the military was also accepting the hard truth that we humans can be brutal. It meant facing that we, as a species, have at times chosen to be horrific, terrible, and monstrous. To flip the coin, it was also coming to terms with the fact that we can also be strong, honourable, and courageous if we chose to be.

It’s getting a real taste of reality as it is.

I don’t know if there is anything more humbling than that.

One Chinese proverb that sums it up for me is the following:

“Better to be a warrior in a garden than a gardener in a war.”

This obsession I have with self-development started with playing competitive hockey as a child. It morphed into discovering my leadership skills and qualities in my early teens. As covid hit and the world quite literally went to shit, like many people I thought hard about what I could do to better myself. I started working out routinely and dived deeper into learning about cooking, diet, and nutrition. Yet I still found myself lacking something crucial.

I became friends with adversity early in life and that helped. Except I was still soft.

Soft as in; not as resilient as I could be personally.

A part of me joined for that reason specifically, to learn about how to be more disciplined and resilient. To maintain good habits and have that capacity to bounce back when things get bad.

This skill would be transferable in all other aspects of my life after all. Especially in accomplishing the things I want to do in the next few years. Putting myself through the wringer now meant pouring the foundation to my future.

And so scared shitless about what awaited me, I finally enrolled in the military. And boy was I right about being soft. I learned much more than I could ever imagine. Lessons that I will carry forever and hopefully lessons that I will be able to share in writing in the future.

If you have any questions about my experience or how to join the Canadian Armed Forces, reach out to my instagram (@mathieu.simonn).