Understanding the Iran-Iraq War and the Invasion of Kuwait

by maximillia day 7 months ago in history

From the perspective of a non-political, non-history buff college student 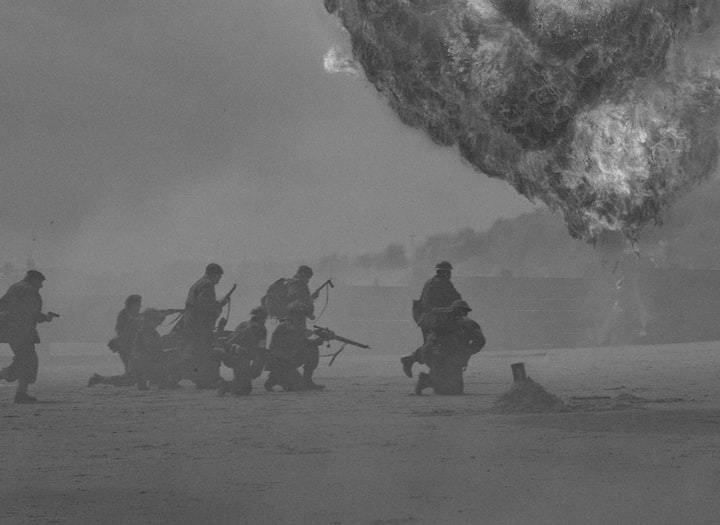 Photo by Duncan Kidd on Unsplash

I walked into my mother’s room the other day, making this statement: “I now get why Uncle Greg went to Iraq for Desert Storm.”

She looked up at me and said: “Oh, how come then?”

The time my uncle went over seas, I was not even born. My mother mentioned of his service to our country a handful of times, but I never bothered to actively look into why the war occurred.

So, now you might be wondering: why did you look now then?

Long story short, I joined a model United Nations club at my university and the country we were assigned was Iraq. It was my responsibility to do proper research to make valid, coherent arguments.

Now, if you are like me and unaware of why the Iran-Iraq War occurred, let me help you out! I guarantee that I will not use jargon that’ll make you say, “Wait, what?” Because I, for one, find that boring and the main reason as to why I do not like history or politics!

Here we go: The Iran-Iraq War featuring The Invasion of Kuwait.

There once was a dictator named Saddam Hussein who started the Iran-Iraq war back in September of 1980. In this war, it’s important to note that it ended in a stalemate with a gave attachment of about half a million casualties from both Iraq and Iran. This war lasted for 8 years total - which is longer than World War 1 (4 years) and World War 2 (6 years). It lasted this long because:

1. Iran was not trying to stop the war whatsoever.

Mr. Hussein started the fight for a couple reasons. One of the main reasons is because he saw an opportunity to reclaim the Shatt al-Arab — the channel that’s important for oil transportation for both of the countries (he did this because Iran had just ended a revolution, their military was pretty weakened from it). Other reasons: Hussein wanted to also take a little ol’ city called Khuzestan — a very rich, oil-filled land and he was a bit nervous of Iran influencing rebellion upon Iraq’s Shi’i (Shi’ite) members.

And fought they did.

Remember when I said Iraq was getting constant support? Yeah, Iraq got support from: the United States, Russia, Saudi Arabia, and Kuwait. Yes, I said Kuwait. The very country they invaded. More on that in a bit! (There were a bit more countries that supported Iraq, the ones listed are the ones that stood out to me the most)

Iran was not so lucky in that department — only really receiving support from Syria and Libya. Yikes...

Nonetheless, Mr. Hussein did try to sue for peace. The audacity, right?! His plans for suing fell through though once it was uncovered that he allowed usage of chemical weapons in the war. I make note: it’s unclear whether or not Iran had also used chemical weapons, I digress.

Fast forward through all the unfortunate bloodshed, Iran was forced to accept a ceasefire order (Resolution 598) by the United Nations. Side note: they have rejected this previously. Probably about 8 times, I don’t know. What made them accept the ceasefire this time? They became broke.

Now, the stalemate is here and Kuwait is already knocking on Mr. Hussein’s door about his $16 billion bill. Mr. Hussein could not afford this bill upfront, he clearly was not made out of money so he did what any of us would do: “Hey... Kuwait uhh... do you mind just forgetting that I owe you this?”

Needless to say, Kuwait was not happy with that. Kuwait replied to Mr. Hussein: “No.” Then proceeded to make it impossible for Mr. Hussein pay them back by being petty: Kuwait increased its oil productions to 50% — which was was over the limit to what they’re allowed. Doing this caused oil prices to drop dramatically, hindering Iraq’s oil profits (who, by the way, planned on paying Kuwait back with the oil income). On top of this, Mr. Hussein started to accuse Kuwait of slant-drilling, stealing from his oil.

Mr. Hussein saw this as an act of aggression. To be honest, I would as well (but I would not go to the extremes of war). And thus, in 1990, the invasion upon Kuwait arises! This only lasted a couple days. Iraq quickly overtook Kuwait since its such a small country...

Though the United States backed up Iraq at first, they did a 360° turn and stepped in to halt any progression of this invasion. (Quick geography lesson: Kuwait is right underneath Iraq. Right next to both of these countries is Saudi Arabia.) Once Iraq invaded Kuwait, the US had fears of Iraq continuing into Saudi Arabia — affecting oil production/prices and the US can’t have their oil affected!

Upon Iraq’s invasion, and the US immediate troop support response, the United Nation Security Council ordered for Iraq to withdraw troops in Kuwait by January 16, 1991 or be forcibly removed — forcibly. Long story short, Iraq did not remove their troops; commence Desert Storm (hi, Uncle Greg!).

This may sound like proud patriotism, but I’m only stating the facts here: America had superior military technology and completely demolished the Iraq. Iraq was very outdated and on top of that, Mr. Hussein had thought he could get neighboring countries to join his side once he started sending clunky missiles into Israel and Saudi Arabia to cause a retaliation. But, no one wanted to join his side. He also almost caused a bigger mess doing that.

Eventually, Iraq failed and got pushed out of Kuwait.

While Iraq was leaving, (and here’s the f’ed up, extremely petty part that made my jaw drop — literally) Mr. Hussein ordered his troops to burn 700 oil wells in Kuwait and also placed land mines in the area! The fires lasted 10 months due to the danger it would put to firefighters and required a military cleanup before anything else.

While this had a massive environmental impact, this obviously had an equally massive economic impact: about 6 million barrels were lost daily, with a total loss of about 1 billion barrels... can you just imagine how much money Kuwait lost?

Side note: the amount lost would only last about 11 days at modern usage. Really makes you think, huh?

This war period fascinated me. It seemed like a dramatic soap opera.

See all posts by maximillia day →