Who Do You Think You Are, Little Girl?

by Melinda VanRy 10 months ago in trauma
Report Story 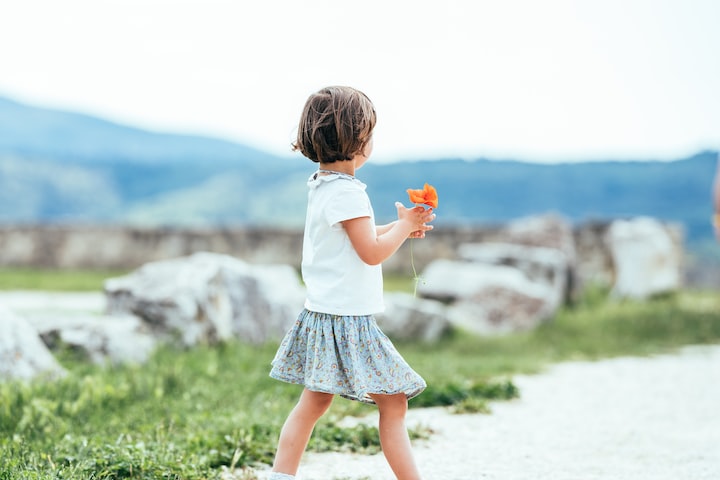 “Your parents don’t love you.”

I didn’t believe her, of course.

My parents had chosen me after all, that’s what my mother always told me.

I don’t remember ever not knowing I was adopted.

My friend must have heard her parents talking about it. Maybe they were even talking about it to her, for one reason or another. And for whatever inscrutable reason, that sunny afternoon, as a neighborhood of kids ran chasing each other around us, was the time to tell me what she knew. And what it really meant.

We learn a lot from the kids we grow up with. Directly and indirectly. That day they all got in on trying to help me understand what they knew.

“They’re not your real parents.”

That was the fact that clinched it for them. No question.

My parents weren’t my real parents, therefore they didn’t love me. Not like everyone else’s real parents loved them, their real children. Because that was the issue: I wasn’t my parents’ real child.

I don’t know why I had my cat change purse outside with me that day. Stiff orange fabric in the vague shape of a cat’s curled up body, its features printed in navy blue.

The ground so far away, yet so close I couldn’t possibly be standing straight.

I stood alone in the wake of her cavalier revelations. Losing sight of the others as they ran around, away. In and out of my periphery.

That wasn’t the last time I experienced that distortion. Everything distant. Sounds muffled, but invasive. Colors muted but so bright and distinct the edges of things are hard yet hazy. Tunnel-vision images hyperreal to the point of unreality.

I remember sitting, full-grown, a mother myself, on my back-porch step, encased in my separateness. I acknowledged the disconnect. And realized I knew its name. It took me years to recognize my experience in what I knew of the… pathology.

Child of the 80’s that I am, when I hear the term dissociation, I think of the pop-culture phenomenon, multiple personality disorder. Movies and talk shows and novels. The mental illness of the moment, distorted and sensationalized. So-called professionals calling out an exploited individual’s various selves to… perform. Even Mary Higgins Clark cashed in; I remember bits of that book, if none of her others I must have read. A trauma response, a schism in the psyche. Developing alternate selves to deal with what a victim cannot.

I also think of the paranoid schizophrenic mumbling to himself, then railing in fear and rage at imaginary enemies bent on destroying him.

The psychotic break, someone waking up and finding out it’s three days later than they thought it was, and they traveled from New York to Boston, or danced naked in the park. Or the guy who forgets he’s an accountant and believes he’s Napoleon or Frank Sinatra or Jesus.

But dissociation is also looking at the impossibly green grass beside a left shoe, the edges of each blade sharp and soft, so close but so far away, and telling yourself there’s a foot in the shoe and it’s yours, and that you have hands somewhere, attached to arms. It’s feeling disconnected, like your mind is floating in something viscous, seeing and hearing but... slowly?

It’s a gate slammed between you and your feelings.

But sometimes our minds hit Pause.

My friends showed me the line between us, then continued their game of wordless rules. I had had no idea I was so different. Impossibly different.

Mom hadn’t said anything about a biological father at that stage in my life, and at the beginning I suppose I didn’t even understand the biological need for one. As far as I knew, Mom knew nothing about him.

Two strangers. But according to my friends, my real parents. A pair of grownups off living their life after giving me away.

My real parents didn’t love me, either.

I didn’t feel unloved. Not yet. Not by Mom and Dad.

And suddenly I wasn’t so real.

How many times did it happen in my childhood? How many times was I left standing, staring? Frozen between the world I knew and the world as it apparently actually was. Fractured by a revelation that things were not as I’d thought.

My body suddenly far away.

That has a name, too.

For years I thought my orange-cat-change-purse, no-one-loves-you afternoon was my first memory of being separate from my body, of seeing my hands so far away I couldn’t see how they could be attached to my body. There was no sense of connection or touch. No feeling of the nerves connecting distant limbs.

But it wasn’t. My earliest memory, just a dark snippet, as much a memory of sensation as senses, was solidified in a moment of separation from myself. My family was moving, I pieced together when I was old enough to think about answers to questions like, “What’s your earliest memory?” A neighbor was helping me look for my family’s cat. To take with us to the place that was next. I was somewhere dark and cramped, on my hands and knees. Behind a couch? Alone. And it was dark. So little light. Lost understanding of up or down, forward or back. There was a cat somewhere, somewhere I couldn’t see. And somewhere there was an older neighbor girl. And somewhere else was me. There, but not. The fear its own entity. With me but not of me.

My earliest memory is separation from my self. And from my fear. Fear I was alone. And trapped.

I bet I do know why I had my change purse outside several years later. I wanted my friends to like it as much as I did. They didn’t.

Though I didn’t disbelieve my parents’ love, at least not much, not yet, I doubted myself. My self. I was left questioning who I was. Everyone around me saw me as less than. Less than they were. Less than I thought I was. They didn’t see me as I thought they did, as I believed I was.

If everyone saw me differently than I saw myself, I wasn’t who I thought I was.

How our minds work. How we relate to others and our world.

People are fascinating, There are stories everywhere.

I'm putting it all out there here. Let's see where it goes.

More stories from Melinda VanRy and writers in Psyche and other communities.