The White Cat Who Saved Me

My Dark Night of the Soul 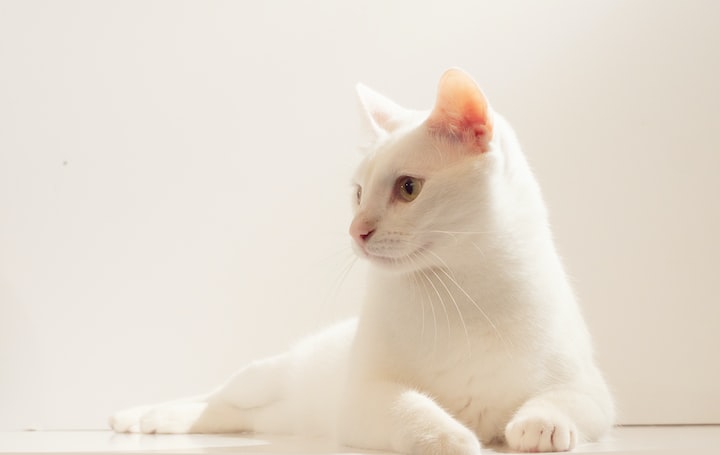 Photo by The3dragons on Unsplash

A year ago, I was struggling with a dark night of the soul. Things had gone awry between me and my life partner. I was hurting, feeling adrift and without a clear sense of direction.

The “dark night of the soul” is a term that goes back a long time. It is a term used to describe what one could call a collapse of a perceived meaning in life…an eruption into your life of a deep sense of meaninglessness. The inner state in some cases is very close to what is conventionally called depression. Nothing makes sense anymore, there’s no purpose to anything. Sometimes it’s triggered by some external event, some disaster perhaps, on an external level. Eckhart Tolle

I was walking home one evening through the woods when, out of nowhere, a white cat approached me. The cat’s fur was sparkling white, she did not appear to be a stray. She looked me straight in the eye and decided to follow me. I tried to shake her off, to no avail.

The cat followed me all the way home. I was not ready for animal ownership but thought that perhaps she was looking for shelter. I wanted to give her home for that one night so she could tuck herself away. She wanted to come in, I did not have to force her to say.

She did not have a collar, thus the next day I went online as soon as I woke up. I started searching through missing animal Facebook groups. No luck. I was debating with myself on what to do. After careful consideration, I “adopted” the cat. Or better still, the cat adopted me.

I gave her a name: Charlotte. Charlotte was at ease in my home, and we got along fine. At night, Charlotte would come to lie down next to me, putting her paws on my head. During the day she would often lurk nearby. She was a constant presence in the apartment. She was everywhere. I have sent photos of Charlotte to all my friends and family. People came around to visit her. Everyone adored her.

Days were starting to be more cheerful for me. I was looking forward to waking up with her next to me every day. I bought her the best cat treats I could afford, including toys and a nice comfy cat bed. Looking after her gave my life fresh meaning. My mind was focusing on her, instead of on my own misery. I was starting to snap out of it.

Three weeks later, I noticed a missing cat flyer pinned to a bus stop. The cat in the photo looked like Charlotte. My heart sank. I’d grown to love her so much.

My first thought was that I would not give her back. Not ever. Even if I knew deep down that it was not the right thing to do. Her humans were missing her very much, and I am sure Charlotte was missing them too. I called them the next day. They were super happy to have been reunited with Charlotte.

As I take stock of my life with her, I’ve come to realize it was she who had managed to turn my life around. The outlook was not as gloomy anymore. I took in a cat in what was, hands down, one of the saddest points in my life. She was just the nudge I needed. If I could muster the strength to want to save her, I could save myself too.

More stories from Katherine Keyes and writers in Psyche and other communities.