The Truth Behind Eating Disorders & Why They’re More Prevalent Than You Think: Through The Lens Of My Experience

by Alisan Keesee 9 months ago in disorder
Report Story

Disordered eating has almost become an expectation, especially among women 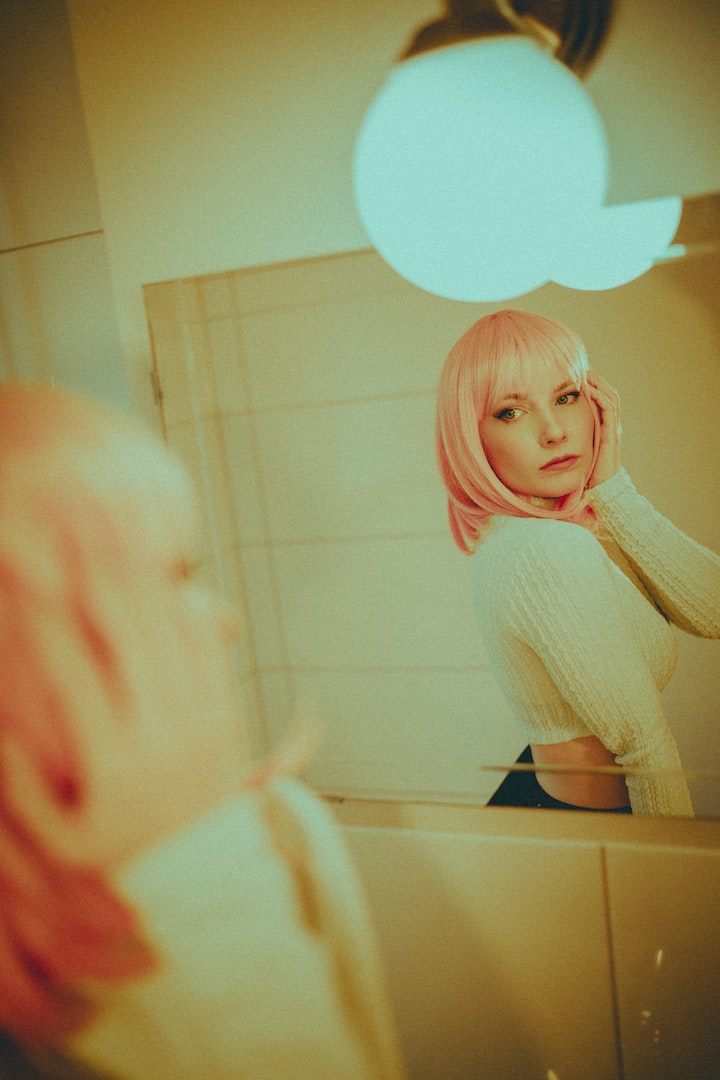 Photo by Remy_Loz on Unsplash

For the first 20 years of my life, I rejected diet culture. I ate what and how much I wanted. At first, as a child, this didn't matter. I was active and ran around, keeping me slim, though with the healthy plump expected of children. However, around the age of nine, my body began to change. Hair sprouted from new places, I could no longer get away without a bra, and my hips subtly widened. Though, it would not be for another two years, when I began menstruating, that I started to become more aware of my body.

It was some time in middle school that my stomach was not flat. That it ballooned out of my polo shirt in a way it never used to. My body put on weight because I was no longer the same active child I once was. My body also needed more fat in new places, along my lower stomach, hips, and thighs.

With much of my family overweight, I lacked much insecurity about it. Sure, it occasionally would worry me when considering romantic relationships, but I figured anyone who truly liked me would not care what I looked like. Though, I think subconsciously, there was the desire to have a flat stomach like the woman on TV.

Concurrently, my anxiety and depression, while present from childhood, worsened. Eventually, as my life became more stressful and hectic, I used food as a coping mechanism. Not only did I inherit a sweet tooth from my mother and grandmother, they always had chocolate or something sweet on hand.

A combination of my anxiety, poor habit, and occasionally menstrual cramps led to bouts of "food poisoning" about twice a year or so. I'd spend a weekend throwing up and feeling nauseous. So, you might be wondering what this has to do with eating disorders? Other than my relationship of using food as a coping mechanism, and not learning healthy habits early on, I didn't worry about what or how much I ate. Sure, this led to me being a little overweight, but it didn't become a major problem until college.

As college freshman lore dictates, I gained a significant amount of weight my freshman year of college. It was more stable for about a year or so before I became sick. What I would later learn was a massive kidney infection, led to me being unable to eat much of anything of three months. There were days I was lucky to get 500 calories. And, not for the lack of appetite. My appetite was still normal, it just became overwhelmingly painful.

My chest and stomach would burn and hurt. To the point that it almost felt painful to breathe sometimes. In the end, I lost about twenty pounds. After recovering, I decided to continue this weight loss and start eating healthier. Diabetes and high blood pressure run in my family, so, I figured it was better to get a handle on my diet now, rather than later when I develop such issues and have less time to address the issues.

And, for about two years, this worked. I lost almost 70 pounds. However, for the last 10 pounds or so, I ended up having to shave another 200 calories off my daily intake. This left me eating between 1100 and 1300 calories a day. I didn't know at the time what a mistake this would be.

Throughout COVID-19 (and a little before), I had periods of binging. At first, it wasn't a big deal. I ate "well" most of the time, so it made up for it. These binges often appeared when I was emotionally stressed or upset. In times of high anxiety and low willpower. I was beginning to use food to cope again.

Until recently, this had no bearing on my weight. It would go up a few pounds after my binges, but slowly come down over the next week or two. But then, my binges became longer and I felt almost out of control. I noticed small changes in my body. A dimple on my lower stomach and stretch marks expanding across my skin. I stopped weighing myself because I was scared of the number on the scale. I tried not to notice that clothes fit tighter and if I didn't get things under control, I'd have to buy all new jeans.

I made an appointment with a nutritionist. I knew this was getting out of hand. I wanted to cry because I couldn't stop myself. Yet, these uncontrollable urges only made me hate myself and my body more. It brought up feelings that I was undesirable and never would be desirable.

So much of my self worth was put into my weight loss. The compliments I received. The new attention I received from men, both familiar and strangers. How people treated me kinder and viewed me as older. Would all of these things stop if I gained weight? I knew at a certain point in life, weight gain would be inevitable. Whether it be from having kids, general aging, or a health problem. But, I didn't expect it or want it to be before I was 30.

I don't think the answer lies in any of those questions. I think the answer is diet culture. It is known that two-thirds of people who lose weight will gain it back, often weighing more than before they lost the weight. Why? Because most diets are not sustainable or healthy for most people.

Let's take one of the most recent fad diets, the keto diet. According to the Sawbones Podcast, the keto diet was originally developed to treat certain forms of epilepsy. It is often effective for these patients. And yes, it did sometimes result in weight loss. However, if the keto diet is stopped, the weight will inevitably come back on (even if a generally healthy diet is sustained).

This is a good metaphor for most diets. They work--temporarily--only to end up hitting a wall, or causing a binge. These binges are not out of the dieter's control, they are inevitable. When the body is starved of certain nutrients and calories, it can initiate cravings and binges in order to prevent you from "dying". Even if not starving to death, our caveman bodies are still millennia behind.

So, what's the answer? I don't know. I have my next nutritionist appointment next week and I just started reading the book on Intuitive Eating. I'm working on not shaming myself, keeping my blood sugar level throughout the day, and learning to love my body in its present and all future forms.

I hope to continue to document my journey with Intuitive Eating and addressing my relationships with food and my body through various Vocal articles in the coming months. I am scared, hesitant, and unsure. But, I hope one day that I can confidently love my body and have a wholly healthy relationship with food that I have never had before.