THE THING WHICH IS MORE DANGEROUS THAN DRUG ADDICTION

BH
by Blake Hunt 25 days ago in advice

There are various types of addictions out there but these are most poisonous ones. 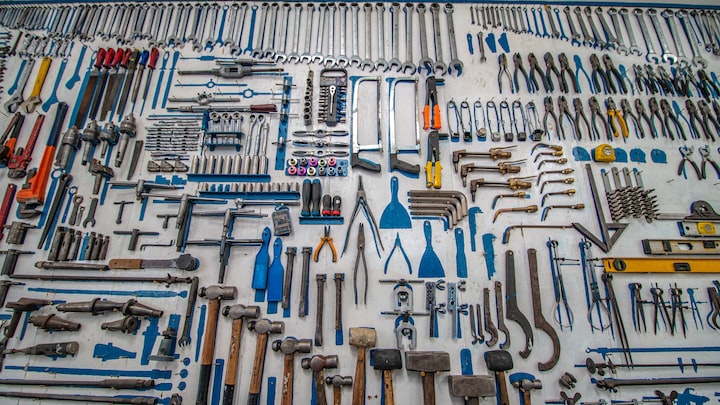 There are many things in this world whose presence causes possible threat for livelihood of many other people. Some of those things can be avoided whereas some can be discarded but there are some which can neither be avoided nor discarded rather these create obstacle in development of some persons. That thing is drug addiction i.e. controlling emotional suffering with some medications temporarily. There is no end to it because as long as people who are suffering emotionally like depression, frustration, failure etc. they resort to these sorts of things and these things will be recommended to other people also, to handle their emotional problems. Hence it will ultimately spread like wild fire. Luckily, there are various organizations that are coming forward to help and constrict the spread of drug addiction, especially among young generation. There are even various medications which are available in market which will control drug addiction but there is another thing which is even worse than drug addiction. Surprisingly, this problem can develop in any person without any drugs or medication and it has the ability to destroy many lives. That problem is known as obsession. Yes! Obsession is more dangerous than drug addiction. It may sound small and silly problem; many may ask that how can obsession be more dangerous than drug addiction. I agree that mild obsession can never hurt anyone but when it becomes severe then it becomes a possible threat to the one who is obsessed and also to his surroundings. It creates psychological disorder in the brain. So, what is obsession and why it is considered dangerous? Obsession is psychological thought process which occupies a person’s mind and drives that person to extreme conditions. It is considered dangerous because when it is not checked and improved at correct time then it may lead to Obsessive Compulsive Order famously known as OCD. Basically it is anxiety disorder which causes suffering and permanent impairment to brain. Initially it is difficult to detect OCD but the researchers have classified some possible symptoms of OCD into four types. These are Contamination and washing, Symmetry and arranging, Doubt and harm, Unacceptable or Taboo thoughts. When OCD becomes severe then it becomes OCPD i.e. Obsessive Compulsive Personality Disorder. In OCPD, the person undergoes personality disorder which is actually very dangerous because it will further result into split personality disorder. Hence everyone must take care their obsession doesn’t become inconvenience to others. Scientifically love and obsession are related because love is a healthy emotion which makes the heart feel light and happy. It spreads positivity whereas obsession can be said as excessive love which is an unhealthy emotion which makes the heart feel heavy and sad. When someone is obsessed, they forget the difference between correct and incorrect. The only thing they wish for is to complete the task to which they are obsessed. Is there is a way to recognize obsession and if there is then how to avoid it? Clinically symptoms have been stated above as four types of obsession. When a person is involved with excessive cleaning and fear of falling ill then it is first type of obsession i.e. contamination and washing. When a person starts worrying relentlessly about unorganized and unarranged things wherever they observe that and whatever work they do, they make sure that result is organized and symmetrical which is second type of obsession i.e. symmetry and arranging. The persons who have doubts about chances of accidental harm like checking locks of door, checking knob of cooking gas cylinders etc are symptoms of third type of obsession. The persons who shows the signs of irregular characteristics such violent and sexual nature thoughts towards young women and children, thinking bad about religious figures etc are symptoms of fourth type of obsession i.e. taboo thoughts. The fourth type of obsession is ‘purely obsessional’ in nature. Generally obsession takes place in successive steps inside someone’s mind, it may be due to abnormal childhood or due to abusive and violent guardians etc. which forces the victim to make artificial attachments to those for which they wish for. Eventually in time it becomes obsession. There is no particular cure or medicine for obsession but in Psychological science there are series of activities which will control obsession. These are: finding an alternative to the thing to which you are obsessed, gradually reducing the time spent with the thing you are obsessed with, setting up her goals and gradually prioritizing them day by day, occasionally try to distract yourself from obsession, developing new hobbies and skills, adopting and modifying new habits in your day to day life. These are some of common ways to overcome obsession. Hence we must take care of obsession which is why for me it more than dangerous than a drug addiction.

The above article is written on basis of personal experience which has been found effective because there many in the society who are suffering from obsession but denies to visit a psychiatrist due to social convention and society’s narrow mindset. It is advisable to all those that if above techniques fails to control obsession the personally, I strongly recommend you to visit a psychiatrist sooner because if obsession is not checked at correct time then it may create a big trouble to you and your family. So, act early before it is too late.