The Silence Of Suicide

by Leonora Watkins 4 months ago in depression 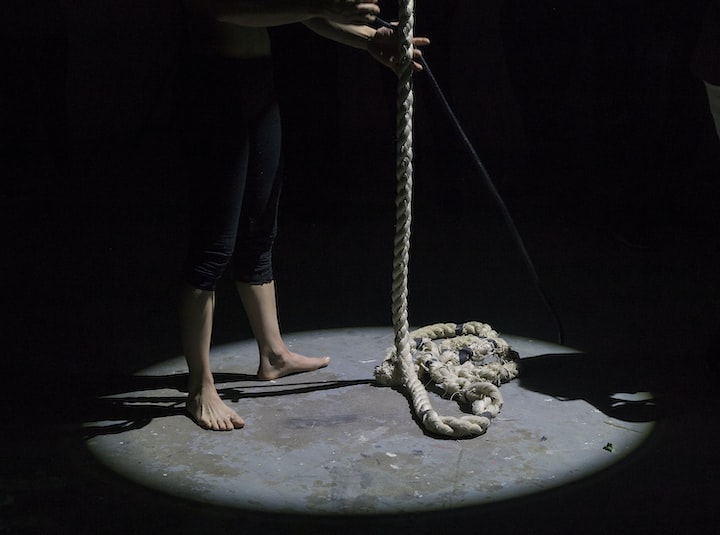 I’ve tried to commit suicide three times in my life. I realize that this is going to change people’s opinions of me, and that’s sad. But I’m tired of having to keep it a secret from people I know in case it embarrasses them.

Some people won’t like it and some people will think I’m just saying this to get attention. And I suppose in a way I am, I’m trying to get people to pay attention to the fact that someone takes their own life every 40 seconds.

If we don’t make fundamental changes to the way we treat suicidal thoughts then someone is going to take their life every 30 seconds, or 20.

Suicide is one of the most powerful words on the planet, it can immediately stop any conversation. It makes people so uncomfortable that they’ll go out of their way to avoid talking about it. We’ll all happily discuss the details of the true-crime show we watched last night. We’ve got no issue talking about the crimes of the repulsive Fred and Rose West. We’ll happily listen to the details of how they raped, abused, and murdered young women and children. But suicide? No, that’s a bit much, it’s a bit dark, isn’t it?

So why doesn’t anyone want to talk about suicide? One reason I’ve found is that people think they’re going to make someone’s suicidal thoughts worse. I totally get that, it’s a lot of pressure and you don’t want to be a hindrance. But it just isn’t true, talking to someone about their suicidal thoughts lets them feel heard and respected. It also lets them know that someone cares enough about them to listen without judgment. This is something a suicidal person desperately needs.

Another reason is that people simply don’t know how to help. Human beings are hardwired to find solutions to problems. We’re problem solvers and there’s nothing wrong with that, don’t let anyone tell you otherwise. But suicide isn’t a simple problem and there’s certainly no simple solution. Suicidal thoughts can’t be cured, they need to be managed and it’s a long and heavily involved process.

But no matter what the reasons are behind our reluctance to discuss suicide, they need to be addressed. I know it makes people feel uncomfortable, but if it helps to save the lives of around 1 million people per year isn’t it worth feeling a bit awkward?

It’s Not A Cry For Attention And It’s Not Selfish Or Cowardly.

I remember the first time I tried to kill myself. My older sister Mandy was driving me home from the hospital. I’d been in for 6 days and was being violently sick in the car. I felt horrendous, I let out a groan, and Mandy replied with:

“You don’t just get to do that you know?”

“Have a few days in the hospital and a bit of attention, why did you want the attention anyway, you’re not normally like that.”

“I didn’t do it for attention”

“Yes you did or you wouldn’t have told anybody”

I’d been in the hospital attached to various drips, one I remember was called parvolex. The nurse told me it would help counteract the effect the paracetamol would have on my liver.

I was on half-hourly observation and even got a visit from the hospital chaplain. But she thought I was just doing it for attention.

I’ve never forgotten that conversation and I don’t think I ever will. I never thought of her the same way again after that. I lost all respect for her, as I think she did for me.

If someone tries to kill themselves and your first reaction is to be judgemental, you’re a pretty shitty human being. If someone is at their most vulnerable and you show no sympathy then you’re heartless, ignorant and you might be a psychopath.

My beloved sister isn’t alone in thinking that if you tell someone what you’ve done then you don’t really want to die. But you can’t assume things like that, you have no idea why they told anybody. I told my mother because I didn’t want to spend what I thought would be my last hours on earth on my own.

So don’t ever assume that people just wanted attention or didn’t really want to die because you don’t know what’s going on in their minds.

It pisses me off so much when people say that someone was selfish to commit suicide. Selfish people care only about themselves, that's kind of the definition of it. But a suicidal person couldn’t care less about themselves. In fact a lot of the time they feel like such a burden and they care so much about other people that they’re willing to literally kill themselves to make other people’s lives better.

Suicide isn’t the act of a selfish person, it’s the act of a desperate one. It’s the act of a person who is in constant emotional pain and feels so lonely, sad, and worthless that death would be a beautiful release from this torture.

I’ve come to realize now that suicide isn’t even a choice. Suicide is what happens when someone can’t cope with what’s going on in their lives and their brains. The intention is never selfish or malicious, it is just the only way out that people can see at that time.

There are so many damaging myths about suicide. It’s important to debunk these because they’re a contributing factor in people's reluctance to seek help for their suicidal thoughts.

Talking About Suicide Will Encourage Someone To Go Through With It

It won’t, it will probably have the opposite effect. Talking about it sends a message that someone is there to listen and knowing that can potentially save someone’s life. It helps to remove the “shame” and stigma surrounding suicide, and it lets people know that they’re not alone. Millions of people all over the world have these thoughts.

This is probably one of the most common myths about suicide. People believe that if someone talks about killing themselves then they won’t do it. And the more detail they put into what they say, the less seriously people will take it.

The majority of suicide attempts have warning signs but other people haven’t noticed or don’t recognize them so they think it came out of the blue. Some people aren’t emotionally attentive to the state of others but there are signs you need to be aware of.

If You Survived The Attempt, You’re Fine

I’m talking physically here. And some people do come away from a suicide attempt with no lasting damage. But not everyone is so lucky, a person could be left with any number of permanent injuries from a suicide attempt. Common injuries include severe stomach problems, organ damage, reduced cognitive function, and even brain damage.

Only An Experienced Therapist Can Stop A Suicide Attempt

Whilst therapists are trained to deal with suicidal thoughts, they’re not the only ones who can help. Anyone willing to listen, show support, and not judge can help save someone’s life.

Some Suicide Attempts Are More Serious Than Others

Every suicide attempt should be taken seriously. Do you know how many paracetamol tablets it takes to kill you? Because it can be as little as 15, and considering they’re sold in packs of 16 it’s pretty disturbing.

Don’t ever belittle someone’s pain by telling them they didn’t want to die, all this does is ensure that they won’t talk to anyone the next time they try.