by Ariel Nguyen 2 months ago in trauma

I thought I was crazy 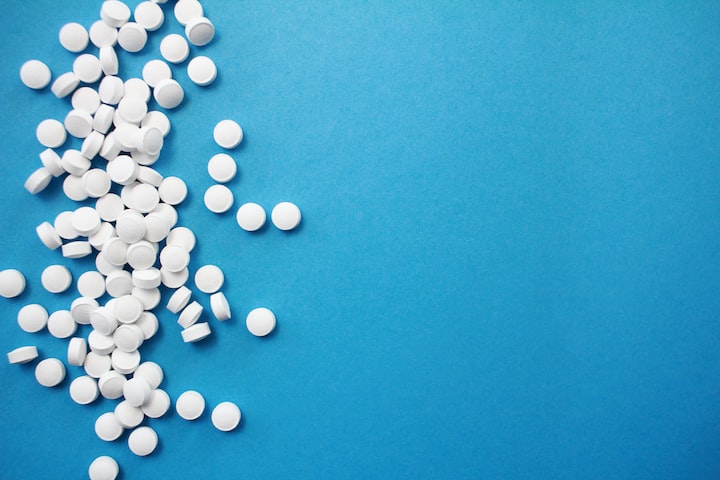 Photo by Halacious on Unsplash

Around this time last year, I was sitting down with a lady for a brief psych assessment, to figure out whether not I needed a full one. I was really nervous. I wasn’t sure what to expect. Part of me was worried she was going to tell me I was indeed crazy and everything that’s happened with me was all my fault. When she asked me why I was here, all I could do was point to the section of the paper I filled out: “I tried to kill myself recently”.

I can’t express properly the relief I felt when she told me I was doing the right things for myself. She told me it sounds like I was suffering from debilitating shame and to recover from that I needed to keep doing what I was doing and put a protective bubble around myself. She suggested adding some DBT to my plan and said I didn’t need a full assessment but it was always there if I felt I needed it. I thought she would recommend me meds but she didn’t. There was a part of me that didn’t want to believe her and thought she was just saying that to be nice but I had to ask myself why would she do that? And she knows what she’s talking about since she probably sees thousands of people a year for a variety of reasons.

I walked out of there with hope. Since I was a teenager, I thought I would end up in a psych ward at one point. It was something that weighed heavily in me at times. It wasn’t something I voiced because I didn’t want my thoughts about myself reaffirmed. I thought about admitting myself after my attempt. I thought it was where I was going to end up this time.

I’ve suffered from anxiety and depression for a long time. When I didn’t have any answers for what could be wrong with me, I would go through period where I’d isolate myself for days or weeks on end. It’s been misunderstood, even by me, as being lazy. Last winter, I spent weeks just watching movies and staring at my laptop. I felt okay the rare times I did emerge to be social but then I found myself right back at it. I was like this the winter before that too after quitting a job that set me off because of the bullshit going on. It was already a rough year for me and it shut me down emotionally for about a month. It was like disassociating from life was the only way I could survive it. I stopped existing just to exist. The longer it went on, the more anxious I got about how obvious it was once I could face the world again. Most of my life I’ve felt this dull sense of crazy where on the outside, it never showed but on the inside I felt like I should pull at my hair until it ripped out or scratch myself until I bled. Sometimes those thoughts suffocated me but I never told anyone. Instead I’d distract myself or punish myself somehow.

I was on and off antidepressants since late 2017. Sometimes they worked. Sometimes they didn’t. I went from escitalopram to sertraline. The latter helped me more. I tried experimenting with psychedelics which, if I am honest, helped me like I wanted the antidepressants to but I couldn’t handle taking them everyday. I didn’t really feel like experimenting around until I found what was right either. With antidepressants it was more stable for me. They were super helpful when I was going through the worst of things even though to work through that I had to up the dose higher than I would like. I thought it would be something I would have to take for the rest of my life to help me feel less crazy.

I’ve been off them for a few months now. I switched to CBD but don’t take it as often as I did in the beginning. I don’t get as emotionally triggered by things as much as I used to. I haven’t coped like I used to. I still struggle with eating food as a punishment here and there but nowhere as close as I used to. I even managed to confidently quit smoking, which was an open secret thing of mine for as long as I can remember. I miss smoking sometimes but it’s no longer a part of me that I can’t let go or resort to when I feel like I’m spiralling. I still can’t understand it because it’s been one of the only things that’s been there to calm me down through some of the situations I’ve been through. I can feel moody but I don’t feel crazy anymore. I don’t feel suffocated like I used to.

I think it has to do with my journey with trauma therapy. I’ve been able to talk about things I’ve maybe only talked about once before, if ever. I’ve been able to process and work through some of the situations I got put in when I was younger. I got to feel things I would just bury inside me because I felt ashamed at how strong they were. One of the most comforting things I’ve heard in therapy was, “This is worse than I thought”. I began to free myself from the shackles of trauma by finally allowing myself to admit, even to myself, that my trauma was very real and valid. My suffering wasn’t just all in my head or me being melodramatic. I’ve made more progress to my emotional and mental health in the eight months I’ve been seeing my therapist for my trauma than I have my entire life of struggle.

I probably wear more of a protective layer on me than I did before. I’m probably less polite about stuff that doesn’t make me comfortable than I was before. I care less about being liked because I’ve decided integrity means more to me than approval from someone’s whose own values I don’t care for. I’m probably more afraid of relationships but I’m alright with being single, even to the point of accepting it for the rest of my life if I can be financially comfortable. Trauma crippled me a lot and it changed me again during my adult years when I dated emotionally abusive and damaging guys. And this was after a couple of incidents where I had to fight off someone attempting to sexually force themselves onto me (one even trying to film it).

When I went for that brief assessment, I knew I wasn’t depressed or anxious. I knew it was something else. As I put a name to it and started to understand it and eventually make sense of it, I can say for sure now. Anxiety and depression were symptoms of trauma for me. The triggers lead to spirals but they were never the cause or starting points. It was trauma. Years and years and years of trauma. I’m still following the string more back to where it started or at least got so bad. I don’t know how long it will take but knowing that it’s valid and I can work through it is a blessing.

Navigating my 30s with a better heart and mental healthiness after a lifetime of unresolved traumas.

See all posts by Ariel Nguyen →