by Hannah Adele 2 years ago in bipolar

my mind in Mania 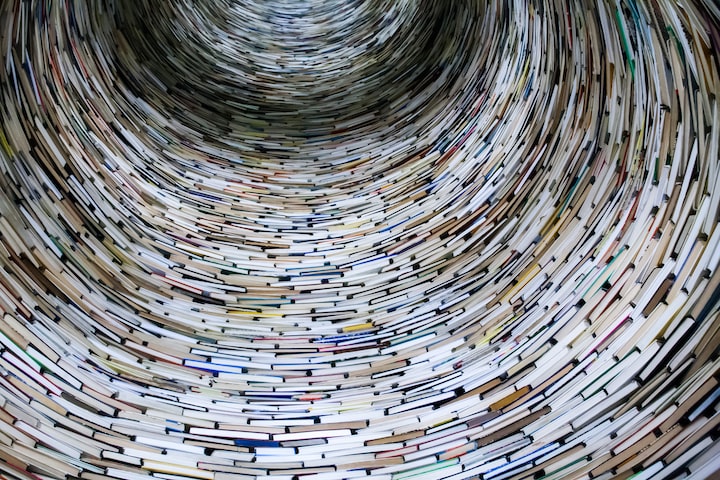 Photo by Lysander Yuen on Unsplash

Welcome to part 2 of my, "things I wrote while in a Bipolar episode". lol. There are typos, but that's part of the feel so you'll just have to bear with me. I wrote this when I was in Mania back In May. Though obviously, this was a somewhat mild version of Mania. I started writing when I was in an episode because I wanted to be able to remember how bad it is to be in an episode once I stabilized. It's far too common to stop taking meds because you think you're fine now, and I don't want to get to that place.

I’ve been in a manic episode for about 3 weeks now. My diagnosis is now Bipolar 1. While it probably should have been Bipolar 1 from the beginning, I’m only slowly learning to distinguish symptoms from things I thought were normal most of my life...

I’m switching off of Seroquel and moving on to Abilify. I’m doing this because I’m still experiencing manic and psychotic symptoms but the medication side effects are absolutely overwhelming. By about 4pm every day I’m so out of it that I wouldn’t be able to drive my car even in an emergency. Before 4pm I would drive if I needed to, that’s it. Like to pickup my new medication, I had to really think if that was the safest thing for me to do. Since I hadn’t taken my day doses of Seroquel, it ended up being okay. Even worse than not being able to drive, is I can hardly understand what anyone is saying in work meetings, and stringing words along into sentences while at the same time matching words to my thoughts, is near impossible. My words are slurred but my thoughts are racing. I’m supposed to be leading client calls soon, so this specifically was my “I CAN NOT BE FEELING LIKE THIS ANYMORE” msg to my doctor. idk why I just all caps those words. Sorry. It felt right.

It’s really weird to explain how my brain feels in a Manic state. I almost bought a home sauna. Honestly that’s still in my Amazon cart. Almost bought all of the supplies to make an epoxy resin night light for my nephews, including all the stuff to make a custom mold. The nightlight would have lil glow in the dark Dino’s and stars so even when the light is out it’s a little bit lit up. Actually, those are still on my saved for later list. I made an apple pie, and ate it (thanks Seroquel).

Every time I take my dog for a walk, I’m super energized the first half, but on the way back I am SO irritable. My dog is a sniffer and it becomes so incredibly frustrating that I’ll tug on her leash anytime she even looks towards something she might stop and sniff. I hate it. I know I’m overreacting and confusing her. She hasn’t left my side all day, snuggling up for cuddles :( she thinks I'm mad at her. I think this all happens because I feel like I’m being watched, and everything gets too overwhelming. Honestly there probably isn’t even an actual reason besides “bipolar”. Yay paranoia. Even when I know that’s what’s going on, I can’t stop it.

The hallucinations are the weirdest. They are not super frequent, at most once a day. The weirdest one was yesterday. I was sitting on my sofa and was completely zoned out. All of the sudden it was like someone was breathing right at my ear. It was loud and I could feel the breath on my ear, and the sound vibration. It was so confusing at first, and I could swear someone was right at my ear. generally something like that would have sent me into a flashback, since war breathing is a trigger... but I heard my dog breathing on the patio and was able to lie to myself and believe I just heard her really loudly for a second.

The paranoia is terrifying. I was going to say it’s annoying, but that would be downplaying it. I think I really underestimate how bad it feels. The worst generally only happens in the evening. Like when I walk my dog and don’t lock the door. The entire walk I’m imagining that someone has gotten into my unit and hidden. So when I get back I have to decide do I search the unit, or not. I always go with not because I’m too scared I’ll actually find someone. There are other weird paranoia things that are more frequent and happen in the day, but they are things I’ve been experiencing since I was young so they don’t feel as horrible. They take so much of my energy though.

Last night I slept on my bed for the second time in 3 weeks. The first time was 2 weeks ago when I had a horrible flashback that was mixed with psychosis and they kept making each other worse. I stopped sleeping on my bed the week before that because I knew I was fighting something off. Sleeping in my bed last night was, of course, filled with nightmares. I always have nightmares, these were just even more vivid than normal. I’m trying for 2 nights in a row tonight.... maybe I’ll sleep, maybe I’ll enter psychosis, who knows? 🤷‍♀️ What an exciting life I live.

The way my brain feels, is like it’s on fire. Like there is fire right behind my eyeballs. Like I’m SO WIDE AWAKE but also like I haven’t slept in a year. Its like someone is wrinkling newspaper next to each ear, and there’s an elephant on my forehead. Like someone stuck an energy IV into my eyes. Except I hate needles, so just pretend they teleported the energy into my eye and it just keeps coming.

Had to take a quick break from writing because it was 10:05 and I hadn’t taken my pills yet. Right now I feel like I just woke up from a super energizing rest. I got out of bed at 7:30am, and have been awake since then. Sleep is one of the most important things when you’re Bipolar. Some people have thought of bipolar disorder as a sleep disorder.

That’s one of the scariest things about switching off of Seroquel. I mean, besides the terrifying potential side effects of Abilify... Seroquel was the only thing that got me to sleep every night since my diagnosis. With the exception of a few nights that I fought letting my eyes closed... but 2am nights have been unheard of for me since Seroquel. I can already tell my eyes will be fighting me tonight.

I literally feel wide awake. Like there are a MILION things that I absolutely have to do right now. What are those things? I don’t even know, in fact I’m actually bored... but for wtv reason my brain is actively telling me there is so much to get done.

So that’s Mania, enter mixed features! Generally with pure mania I’d wake up in a snap and be out of bed... with mixed features it takes 1-3 hours to get myself out of bed. Once I’m up then the mania feels kick in 🙄 so helpful. Mixed features causes me to look at everything in a very negative light.

Anyway, sometimes I wish I could just give in to the Mania, so I’m not so aware of what’s going on. I have little control over what I do anyway, may as well not know what I’m doing. ...famous last pre-psychosis words. Don’t worry, last thing I want is to end up hospitalized. I feel pretty fortunate that I have not yet been hospitalized, but I honestly just expect it will happen sometime. And that’s the mixed features negative outlook! Sometimes I crave the positivity and productivity of pure hypomania... but it really is frustrating to be aware of why I’m doing something or not doing something, but having no control over changing anything.

Sometimes when I recognize a new symptom that I had previously thought was normal, I try to think back to how long I’ve experienced that symptom. Right now I’d say youngest possible onset of bipolar could have been as young as <7. First mania definitely by 17. Bipolar Depression <7

They say people with Bipolar feel things more extremely than a neurotypical person. I read something one psychologist wrote about how interesting they find our brains. We go from being so high up to where we can believe we are one with a god, to the absolute lowest of the possible lows. The amount of adjusting we have to do to how we exist in order to handle this swing is possible only because it’s required of us. We’ve frequently enough experienced the complete range of emotions, that it’s much easier to intuitively pick up on other people’s emotions. That’s interesting because 5-6 years ago I learned what HSP is and knew immediately that was me. Turns out it’s pretty rare to be bipolar and not HSP. Or even HSP and not Bipolar.

One of the worst feelings about this level of Mania, is the recognition that I will be crashing at least as low as I am currently high. Interestingly in the past when I’ve been this high up, they were also the times I was most actively working out. Mixed features made it so I would crave sugar. So in my healthiest year of working out I actually gained 100+lbs. Even to this day I associate working out with a very uncomfortable high energy and weight gain. I stopped working out for 3 years because of this. Surprise, didn’t gain or lose a lb those entire 3 years. Whats frustrating is that I started running last week, so being at this level of Mania after starting to run, really just reinforces my feeling that working out makes me feel horrible. It’s so frustrating.

Anyway...Mania to me, is writing a super long post about my personal life... and not even taking the time to review it to make sure I’m okay with people reading it / fix any typos and grammer probs.

Anyway, this was a long post. You should know, I did end up purchasing the epoxy resin supples and made a really crappy lamp with it lol.

I am a survivor of Childhood Sexual Abuse (CSA). I have CPTSD, Bipolar Disorder type 1, OCD, PMDD, PCOS, OCD, and fibromyalgia. I'm passionate about the foster care system, homelessness, and mental health.

More stories from Hannah Adele and writers in Psyche and other communities.