by Maya Papaya 3 months ago in depression

The Story of An Author (Part 1) 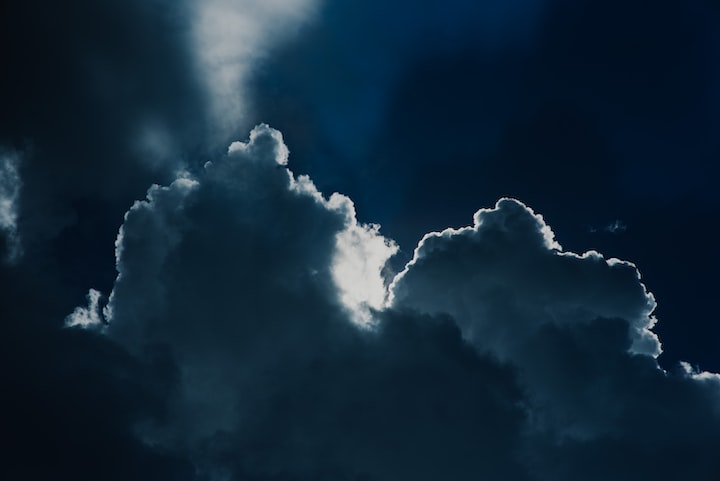 Many say that it must be hard to write stories of sorrow or despair. It seems unfathomable that the words you read are words that people can go through. The news that bring death, loss of dreams, hopelessness, and any other bad thing seem but a distant memory to those that have not felt the keen sting of life. That have not had to struggle to go on.

We all know that feeling. Some just choose to forget. Some just have the innate ability built within them.

The world is going through something that it was not prepared for. That we had all heard in the history books. No sooner did Corona hit than I was inspired to finish my poetry collection.

It was dark poetry and I thought that the world seemed to be opening up to the pain that people felt behind closed doors. Even before Covid I would see some of my favorite, most inspirational creators open up about their struggles and inner turmoil that they went through both on and offline. It was a beautiful conversation that was opened up and the audience was able to a whole other side of their creator and not just a highlight reel.

It was refreshing and in some ways relieving. No one is super human and the creator did not have to live up to any expectations and hide themselves while the audience was able to see that goals and lifestyles were not unattainable just because of something that happened that they could not control.

It began to 'normalize' what was once viewed as weakness. Being different. You never really are prepared to know the truth behind the people whose eyes are glassed over with pain, who do not respond to touch in the same way, who can never seem to trust, who are unable to articulate what they feel.

Let me tell you a story of a girl that once thought her whole world was ahead of her and it promised nothing but good.

The worlds which she read became her reality. One that she never left. Many said her head was in the clouds and she was unable to see reality for what it was.

Maybe in some ways they were right.

She did not care. Her world of books afforded her excitement and adventure that she felt did not exist in reality. She had big dreams involved in the world of books. She would soon learn that a career in that field might not be so far out of reach after all.

As with any young soul she made declarations of excitement to her parents.

"Let us move to California. There I can feed my imagination and see how a real movie is made."

"I will buy us all a big a house and we will all live in Italy together. Dad can paint, you (her mother) can explore the world and make amazing food, and I will find a way to write about all of our experiences."

All of these were her hopes and dreams. She was 8 years old and ready to conquer the world. Her aspirations were as creative and imaginative as the worlds which she created for herself. She was the narrator of a life that was not hers .

She would soon learn that she could not ignore being the protagonist in her own life. . .

Within those next few years she would experience the divorce of her parents and the true nature of who she was related to, experience the abandonment of certain family members, the heartbreak of choosing the wrong men to fall for, have those who stood by her misunderstand and she would get angry and blow up at all times, be alone for most of her later high school years, want to commit real life game over for herself, develop anxiety and depression, and finally be broken to see what she could be built up to become.

A joy for writing came back to her through the use of writing letters to a deceased mentor/friend/grandmother who was not a grandmother. She had found a freedom in writing out her feelings.

It was no small coincidence that a poetry class fell in her lap as a means to complete a writing certificate course. She learned that poetry was not all about rhyming words, ballads of love, or for children. She learned that it can be shaped an molded into a meaning far deeper.

She learned how to frame the words that would show the loneliness, the fear of abandonment in the pacing of the piece, the darker thoughts coursing underneath with the format of the words, and the darker tone that surrounded her thoughts into words she carefully chose. She was able to express herself in a new way. There were only two friends that she let into her heart more than anyone else and one read these poems.

The friend looked to her in amazement and said "these are really good." Later on they were talking and the friend started asking her about the eluded topics within the poem.

How could this be?

It became an obsession as the things around her fell away and she was heard. She screamed through each piece with her heart on her sleeve. If only life was as kind to her. She felt belittled and was told that her hopes and dreams would not amount to much if she was unable to support herself with real knowledge.

The thing was she had messed up her mind.

Let it be known that the mind can be chemically affected and can permanently change the way a person thinks. It happened to her. She was unable to retain information that at one point would have been as easy as breathing. She had used her medical conditions against herself and succeeded.

Unfortunately, that also meant she was unable to advance in society. At least, that is what she thought.

Graduating high school and moving to a college out of state was her chance to forget all that she had ever known. Instead she was met with dead end after dead end. Left with no choice than to live with her mother, attend a community college for the first half of her education, and no job prospects on the horizon she was left to the conclusion that her life was a failure from the start.

But that was not the entirety of her story and God was not finished with her yet.

Receive stories by Maya Papaya in your feed
Maya Papaya
Read next: The Cherry, the Ice Cube, and the Straw