by Ty Mc 2 months ago in personality disorder
Report Story

An introduction to NPD 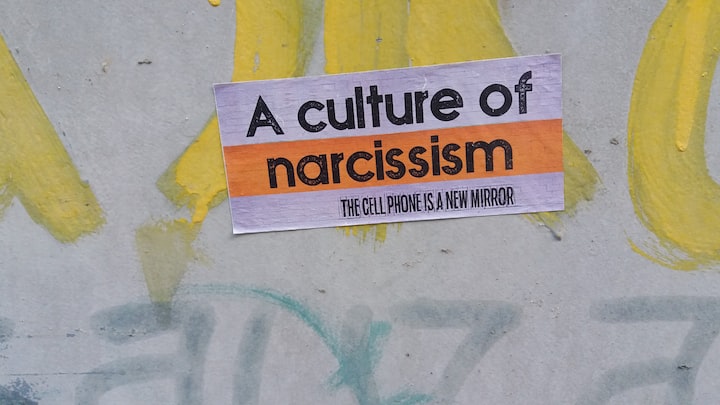 Photo by Marija Zaric on Unsplash

One of the things that I have become interested in is looking at certain mental disorders that are associated with a lack of empathy, how much of the population is affected by this affliction, and why people develop this conditions in the first place. It is interesting to see how and why we have people who tend to lack compassion and force others to try and create systems within their communities to deal with them. The first one of these conditions that I plan to write about that many people have probably dealt with is Narcissistic Personality Disorder.

Now, NPD (as Narcissistic Personality Disorder is often called when it comes to medical terminology shorthand) is one of the most prolific mental illnesses in the LOE (‘lack of empathy’ for short in terminology that I just happily made up) that are part of the general population. There is a book called the DSM-5 that was published in May 18th of 2013, a book that can also be known as the fifth edition of the Diagnostic and Statistical Manual of Mental Disorder. Why is this book so important? This book is considered to be one of the most important books in psychology — in fact, many see it as the handbook for psychologists and psychiatrists all over & a guide to see how to properly diagnose mental illnesses and disorders. This book also includes a lot of peer-reviewed information about the topics of psychology and sometimes, it gives statistics on how much of the population is affected by a particular illness or disorder. When it comes to NPD, the DSM-5 says that 6.2% of the general adult population (or about one in sixteen members of the general population since 1/16 is about 6.25%). This makes it one of the most prolific LOE types of mental illness that can be found among the population. Two studies even show that this 6.2% statistic was pretty consistent in the years 2015 and 2017, making this a very reliable number for now on how many people in the regular populace are narcissists. This is even higher in young people according the American National Institute of Health, which says 9.4% of people younger than 25 were diagnosed with Narcissistic Personality Disorder — which there is no close simple fraction for, but if you round up that is about 1 out of 10 people under the age of 25 with NPD.

Now, there are believed to be many potential causes of NPD, but recent research shows that NPD may- keyword here being may — mostly be genetic. Some see NPD as an inheritable condition with studies such as “Modernity and narcissistic personality disorder” by Joel Paris back in April 2014 showing that a person is more likely to develop NPD if their family has a medical history of NPD, even if the person in question is not raised by their genetic relatives. Research from the book The Genetic Epidemiology of Personality Disorders in 2010 indicates that specific genes and specific genetic interactions (epistasis) contribute to the development of Narcissistic Personality Disorder, meaning that it is possible and probable that people have had to deal with NPD since the dawn of human sapience. That being said, even if genetics and how they form the brain and body can be seen as one of the main factors for why NPD develops in people, environmental factors also play a factor in someone becoming a narcissist with things like “overindulgence and overvaluation by family or peers” and being “praised by adults for perceived exceptional physical appearance or abilities”. All of these things can turn people into someone who is far more egotistical manner. Meeting 5 of the following 9 criteria would get you diagnosed as someone with NPD:

A grandiose sense of self-importance (e.g. exaggerating achievements and talents, expecting to be recognized as superior without commensurate achievements)

Believing that they are “special” and unique and can only be understood by, or should associate with, other special or high-status people (or institutions)

Lacking empathy: unwilling to recognize or identify with the feelings and needs of others

The only treatments for NPD currently are psychotherapy and psychiatric medication. Now I am not going to pretend I am currently some perfect expert on NPD (or psychology for that matter) and that this is some perfect article, but hopefully this is a decent introduction to the mental disorder & what it is based around some information from peer-reviewed sources.

More stories from Ty Mc and writers in Psyche and other communities.