How to Make Your Next Confrontation More Productive and Compassionate

by Daniella Cressman 4 months ago in advice
Report Story 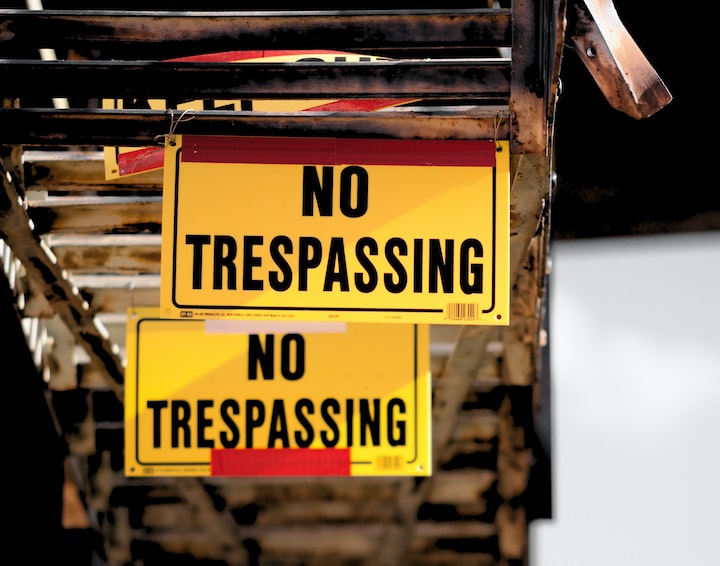 I bet your coworker has probably rubbed you the wrong way at least once or twice, especially if you've been working together for years.

If that's the case, you're definitely not alone, but you may be wondering how to navigate all of the frustration and exasperation you're experiencing. Thankfully, there are ways to confront your companions and colleagues in a respectful manner without coming across as hysterical or getting lost in the chaos of your own rage.

1. ASK IF YOU CAN TALK TO THEM

It can be easy to feel like addressing a problem is a complete emergency, especially if you're having issues with your significant other, but it's often far more effective to simply ask if you can speak with them. Doing so shows them that you respect their time and care enough to give them a warning before approaching them with your concerns.

You may also want to ask if they would prefer to speak in private so that they don't feel as if you are trying to embarrass them in front of a large crowd.

2. REMIND THEM THAT YOU THINK THEY'RE A GOOD PERSON BEFORE BRINGING UP THE ISSUE

If you immediately tell someone "You hurt my feelings!" or "I can't believe you did that!" they can quickly spiral into a cycle of shame, which is an incredibly complicated emotion: They will probably start defining themselves by their inappropriate actions and refuse to take responsibility as a result because they don't want to be "that person."

Before you bring up the issue, you'll want to say something along the lines of, "I know you didn't mean any harm, but…" or "I love you so much, and I really want to continue our partnership. I know you were probably just having a bad day or being unfiltered, but…"

This will almost always dissolve the tension a bit and allow them to reconcile their mistake within themselves: You're basically telling them that you think they're a good person even though they made a mistake, and that will probably help them acknowledge their wrongdoing and move on - They'll know that you haven't totally written them off due to one unintentional error!

We all make mistakes, after all, and knowing that the people you care about will stand by you even when you're not at your best can make a world of difference.

Saying things like "You are a monster!" or "You hurt me!" or "You are such a rude person!" come across as accusatory.

The other person will probably just shrink into a puddle of shame or become infuriated and hurt you even more because they'll likely feel as though you have judged them extremely harshly for one mistake.

They'll probably experience a great deal of pain and lash out as a result.

On the other hand saying something like, "Hey, I know you were just joking earlier, and you didn't mean any harm, but that kind of humor makes me feel really uncomfortable," allows the other person to understand your limits without feeling like you've totally given up on connecting with them: It might be a bit awkward, but they'll probably just apologize and go on with their day.

Half the time, they probably didn't even realize what they were doing: Perhaps they were just trying to connect with you, and they probably fumbled accidentally with their words.

Social anxiety is incredibly common, and most folks who are rude are either struggling with issues in their personal lives or trying to navigate all the nervous energy consuming them by making jokes or saying something without really thinking about it.

4. GIVE YOURSELF TIME TO COOL DOWN BEFORE YOU CONFRONT SOMEONE

If you storm into the room yelling and throwing things, chances are you will not be heard.

On the other hand, if you approach someone calmly, take a deep breath, and let them know what caused you pain in one way or another in a calm, cool, and collected manner, they're far more likely to register what you're saying and hear you out.

This is certainly more easily said than done, but it is ultimately quite possible: You'll just need to take a few moments to breathe and check in with yourself before the confrontation.

Splashing some cold water on your face and remembering that whatever the other person said or did is a reflection on them - not you! - can be extremely helpful.

It's better to wait until you are calm to confront someone than it is to yell at them when you're in a rage, even if it takes you a few days to control your anger towards them.

5. IF YOU FIND YOURSELF GETTING EMOTIONAL, FIND A WAY TO WALK AWAY POLITELY AND CONTINUE THE CONVERSATION LATER

It can be easy to think that everything needs to be resolved right away, but it doesn't.

This is particularly true with romantic partners: If you are both sleep-deprived and hangry, chances are high that the conversation will go nowhere fast, no matter what it's about: There's nothing wrong with saying that you need to take a break and have something to eat before you keep talking about the issue, especially if it's an extremely emotional one.

Perhaps you are confronting a coworker for making a joke that you felt was incredibly degrading.

Maybe this incident reminded you of all the other times you've felt as though you didn't measure up, and that feeling was extremely painful.

While it's okay to tell your coworker just how much they hurt you, it's essential not to yell: You can cry if you need to in order to let it out - although it's better not to - and they'll likely understand how deeply they offended you, but you don't want to get angry and accusatory, because then they just won't actually be able to understand you more often than not.

It's okay to tell them that you need to continue the conversation later if you find yourself becoming too infuriated to remain calm: You're only human, after all, and we all have our triggers, but you don't want to be the person who loses control at work: It's embarrassing, and it will likely lead to people seeing you as someone who is overly temperamental, even if your anger is completely justified.

In conclusion, it's best to approach confrontation in a cool, calm, and collected manner while acknowledging that you felt a certain way when someone's actions or cutting words offended you.

You'll want to keep your tone soft and remind them that you know they probably didn't mean to be malicious, even if it may have felt that way to you.

More often than not, this will help you resolve the issue in a relatively painless manner.

More stories from Daniella Cressman and writers in Psyche and other communities.