How To Be The Most Hardworking Person

Strength Comes From Within 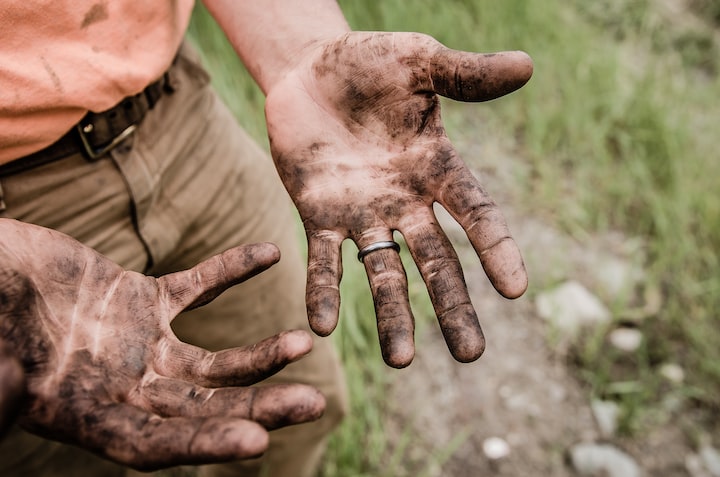 Photo by jesse orrico on Unsplash

Can you think of a person who you deemed as most hardworking from your life? It could be your father, friend, colleague or yourself! What are the most common traits you find in them? Are they crazy, insane, or simply hardcore? Whatever it may be, they are out to get some work done all the time. Time never stops for them, so are them, through never stopping in the race against time. This is called due diligence.

Some people, as I found out, has better programming on their life, albeit maybe even unknown to themselves, but they have been running that way forever since. Programming is a very real thing. It's a wish, intent, or hope that you are "like that", or that something will happen to you in "that manner". These are called psychic programming. Some people including me has the powers to program or train other people, because we are the so called "psychics". One man I know who works tirelessly has the ant personality programmed unto him, so that he works like an ant, never ceding to rest. Another is my dad, who has the programming of a bull. He succeeded in living out his entire working life, till retirement and eventually passes away. Another woman I know has the programming to soldier on no matter how hard it goes. From nature and observation, we realize that we could be anything, given the right programming.

You may be asking, how to get the right programming. Actually it is very simple, through declaring loudly of your wants. The want, the liking, the love of that certain anything will manifest as a program in your spirit or life. This is the works of universe, as universal to anyone anywhere as consciousness. Consciousness is around us and within us. Everything is conscious of every bit of our thoughts. That's why our thoughts is very powerful. Some people lived entire life thinking the wrong things, wanting the wrong things, ending up wrecking their entire life to a pitiance. On the other hand, some people live life so perfectly, thinking only of the good things, that they lived a life so perfect and so beautiful you may be wondering what has gone wrong in your own life. You can also remove the negative traits by not wanting, by declaring disgust, hate, or dislike towards that trait. So in order to be strong, pick an animal who seems to be extra strong, and want to be like that by willing it. Otherwise, energy boosting supplements could be your only way.

Resting is important in your journey to be the most hardworking person. A person who works must also take adequate rest. A rule of thumb is to work 90% of your day, while 10% must be just rest. Rest is necessary to accomplish a farther journey onwards. If you get tired, learn to rest, but not quit. Some people I know, rest senseless whenever it's time to rest and they achieved more, not pushing themselves to the brink.

Another way to motivate yourself to be the most hardworking is to have plenty of fun while working and always think of the rewards of that hardwork. For example, on Vocal I always try to have the most fun writing the most challenging piece of story while imagining the rewards I may reap in the form of earnings from this platform. There is a bodily response whenever you think of something fun, exciting, or interesting to get or do. It is the adrenaline response by your body, which is automatic everytime you think of those things that you like. For example, if you would experiment, on one fine sleepy Monday, think of a thing you want the most and you will feel most energized. For me, it's food as I love food. I will feel energetic whenever I think of food in the morning.

That's about all that I can write about being a hard worker. By being hardworking, a sense of satisfaction is achieved by the end of the day. You will feel great and accomplished.

More stories from Chua Yuan Heng and writers in Psyche and other communities.