Everyone Has a Breaking Point

by Brenda Mahler about a month ago in support
Report Story

Learning to accept ourselves and others 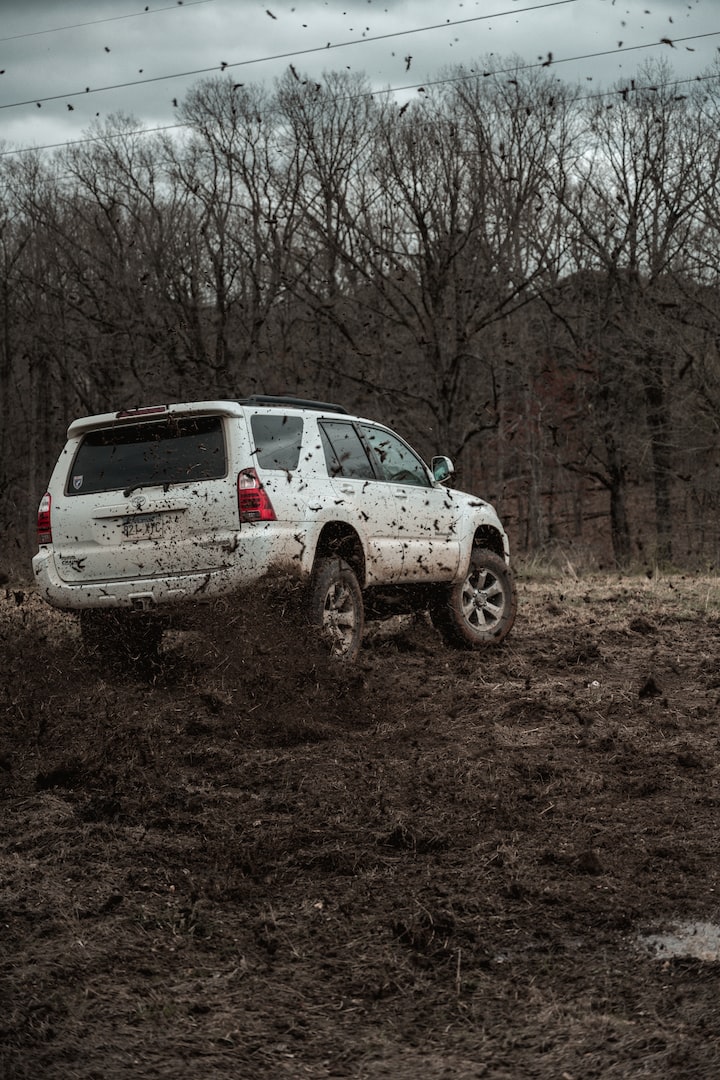 Photo by Patrick Hodskins on Unsplash

As I stood at the sink peeling potatoes, my mind raced through the list of tasks to complete before I could even think about going to bed. Making dinner was a chore but one I found relaxing as I watched the girls jump on the trampoline outside the window.

When I heard the rumble of the garage door, it always opened about this time of day, my body relaxed knowing Randy would walk in any moment, kiss my neck and ask about my day. At least most days followed that pattern; a moment I looked forward to after a day at work.

He did come through the door, but my neck felt neglected when he quickly offered a warning.

"If the police come to the door, it is really no big deal! I will deal with it."

A potato rolled into the garbage disposal as I turned to see his anguished face seeking empathy.

I suddenly felt like his mother instead of his wife. No need existed to explain the stress he felt because it was written on his face - stress that is inherent in every first-year teacher, new parent, and person who knows they have made a mistake.

Randy was all three of the above. He had learned to survive by faking it until you make it. The goal of surviving the first year of anything, especially teaching, can only be reached by putting on a façade and plowing through.

I knew it had been a demanding week with challenging students, limited resources, and a learning curve at a right angle. My dear husband explained recent events. He had driven to the gas station on the corner to fill up the tank having recently finished washing his pride and joy, a black '69 Camaro SS. As he watched the numbers on the pump rollover from single digits to double digits, another worry pressed on his mind.

In order to teach, he had taken a 50% reduction in pay working when he quit his job as an auto technician at a dealership. Besides teaching, taking a night class to complete the teaching certification, and fulfilling his duties as a husband and father, he worked running the family business. He was a walking zombie.

Randy's face reddened when he described the jacked-up, four-wheel-drive truck that pulled up next to him. Apparently, the driver, a high school student, just returned from mudbogging. His truck looked like it had bathed in muck and sludge.

The kid in the behind the wheel could barely see through the front window, so doing the logical thing, he climbed out and cleaned the glass. I followed this story wondering when the problem arose. Randy, in his youth, would have done the same. Then he shared that after the young man collected the mud onto the saturated squeegee, a vigorous shake sent the debris flying. The gas pumps, the ground and the Camaro became splattered with blobs and streaks of wet, gooey muck. His chosen words were much more colorful in the telling.

When Randy witnessed his pride and joy splattered with mud, he pointed out the problem to the teenage window washer who responded, "So what? F - - off!"

That took the event to the point of no return

Randy reached his breaking point and did what he probably wanted to do numerous times in the classrooms; he punched the kid in the nose. Then he drove home, parked the car in the garage, came into the house and told me this story.

Like any supportive wife, I remained calm and offered support. NOT! I, in an elevated, voice asked a series of provoking questions.

"What were you thinking? You could lose your job for that? You hit him? Then what happened?"

Randy calmly described the stunned look on the driver's face and the store attendant who charged out at the sight of the conflict. He remembered how her anger turned from him for hitting the boy to the victim when she saw the mess he had created. Then he admitted he didn't stick around long enough to see much else.

We waited for the doorbell to ring. After dinner together we got the kids in their PJs and tucked them into bed. While watching the news, we braced ourselves for a headline announcing the police are on the lookout for a male driver of a black Camaro who had assaulted a male about 18 at the gas station. When the news ended, and no mention of the event flashed across the TV screen we crawled into bed feeling slightly relieved.

Many readers are thinking, "I feel your pain." or "Been there, done that." Maybe not exactly the same sequence of events occurred but we all remember a time when we felt like we couldn't take it anymore. We all have those days when life handed us enough dirt that we feel like we are sinking in quicksand. Unfortunately, many of us have memories that create shame because of the way we responded.

Isn't it nice to know to be reminded we are all human and make mistakes? Everyone has a breaking point. But joy comes from the knowledge that we can learn, grow, and develop into compassionate humans if we learn from our mistakes.

Randy and I have both retired from education. This event happened more than 30 years ago. It provides a reminder of the impact of tension and reinforces the belief that all people handle stress differently. If you can relate, thank a teacher the next time you meet one, be considerate of others, and know that even the gentlest, kindest humans need

Lessons about writing based on my textbook, Strategies for Teaching Writing.

Poetry and essays about the of art of being human.

I write therefore, I am.

More stories from Brenda Mahler and writers in Psyche and other communities.