Dying to Be a Prospect

by Steve B Howard 6 months ago in addiction 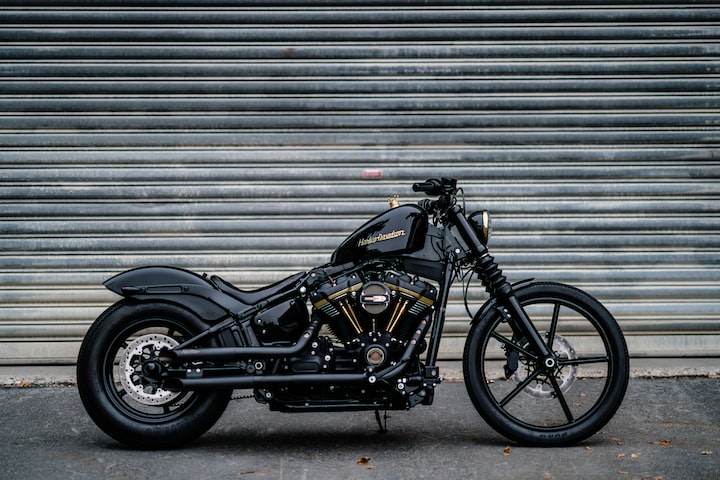 Photo by Harley-Davidson on Unsplash

They called him Bubsy, but his cutesy name didn’t do much to reduce his wild and fearsome reputation. His linebacker like frame juiced to the tits with steroids didn’t fit it either. I only saw him one summer when I worked as a laborer, but the stories about him made their way back to me via a co-worker and many of them were terrifying.

He had dreamed of becoming a member of the Hell’s Angels since he was a young boy. Northern California is the Motherland for the HA. His Hog was his daily ride, rain or shine. From what I gathered from a story he told us one time at work some combination of seeing a long line of roaring Harley’s on the freeway in the 70’s and Evel Knievel had fired in his young mind a strong passion for all things “biker”.

He had grown up in the town of Rio Vista, a small industrial town along the winding back roads that followed the San Joaquin and Sacramento River northwards to the Capitol. It was several hours from the HA mothership in Oakland, but their presence ran deep in the area. A string of stints in Juvenile Hall, permanent expulsion from his high school for firing a 9mm pistol into the ceiling of the school gym during a pep rally while high on PCP laced weed, knocking up his sixteen year old girlfriend, and a job as a laborer with a construction company finally opened the door for Bubsy to begin pursuing his dream of becoming a member of the Hell’s Angels. In addition to that, Bubsy was also an All Star super over achieving crank addict and numero uno customer for several of the bikers that he saw daily on the job site.

His monkey was so ferocious that he by-passed crystal meth completely and jumped straight into mainlining the shit directly into his veins. Even though he was earning twelve dollars an hour under the table (not a bad wage for 1988) his habit was putting a huge strain on his and the young wife’s ability to pay rent, buy food, and care for their infant daughter. Her parents had stepped in to take up some of slack, letting them move in, but they were in poor health themselves and the pressure was too much. Bubsy couldn’t hide his habit and that was the final straw.

They ended up living in a borrowed tiny broken down camper trailer infested with mold on the back lot of one of the job sites.One “You fucking piece of shit mother fucker. I never should have married you Bubsy,” fight and a bad nasal infection for the baby were enough for Bubsy’s wife. She left him alone in the trailer with his meth and moved back to her parent’s house.

But Bubsy wasn’t ready to kick it in just yet and give up the dream. His drug use helped him and he made some connections with other bikers on the job site. They liked his Hog and wildness. Eventually, after hanging around with some patched in members after work he got invited to a jumping in ceremony, the first step he would have to take to becoming a prospect. He didn’t just want to be a patched in member though, he wanted to be an enforcer someday. But there was a jumping ceremony to get through though before he could even become a prospect.

The “jumping in ceremony” was a gauntlet style sprint beat down endurance test that anyone wanting to take the first step towards patching in took to graduate from being a “hang around” to becoming a potential prospect of the club. The rules were basic, you run a hundred yard dash between two lines of vicious dudes who would hit, elbow, shoulder, kick and try to damage you in any way they could. Rule two was that you could cover your face and ribs with your arms and hands to protect yourself, but you couldn’t hit, kick, shoulder, or elbow an of your attackers. Rule three was you had to make it to the end of the line to become a potential prospect, no acceptations. They didn’t care if you crawled across the line like a baby at the end of the gauntlet, but you had to make it otherwise you were out. You never rise any higher than “hang around” if you didn’t. If you made it through that and showed them you were tough enough, then the lengthy and extensive background check would begin before you start your hellish time as a prospect.

So, Bubsy made a plan. He’d jack himself up good on a double dose of crank and add in a little coke for its numbing euphoria. And he thought he’d found a loophole in the “no fighting back” clause for the gauntlet run. The HA hadn’t said anything about head butts. Bubsy’s giant no neck Viking head would be a brutal weapon to unleash in the thick of things.

The “jump in” was to take place in an open field near the conjunction of the San Joaquin and Sacramento River not far from Bubsy’s hometown. It was an ugly barren garbage riddled place mostly used for teenage keg parties and a illegal garbage dumps. Broken television sets, refrigerators, soggy couches and other assorted large pieces of furniture and kitchen appliances complemented the staid and true broken bottles and empty beer cans that decorated the landscape. All the junk slowly leaked their poisonous chemicals into the rivers.

On the night of the jump in Bubsy drove himself out to the field in a beat up work truck. A bumpy makeshift dirt road had been pounded into the field over the years from all the keg party traffic that punished it weekend after weekend. There was a port o potty near the gauntlet that was a left over relic from a mid-80’s attempt to zone this area and turn it into a park. The local politician responsible for the project had disappeared with half the $5 million that had been put up by the county to build the park and it had died on the vine right then and there. The weathered port o potty was all that remained. Bubsy put it to good use though to slam his crank/coke mixture home so he’d be properly amped to run the gauntlet.

When he arrived at the beat down end of the gauntlet a huge biker named Tree Frog (named after the child kidnapper and pedophile of “I Know My First Name is Steven” fame) was giving a pep talk to the three other guys that planned on running the gauntlet with Bubsy that night.

“And if any of you want to drop out now is your last chance. No one, and I mean no one will think less of you or say shit to you if you do,” Tree Frog bellowed out to end his speech.

A tall lengthy wormy guy looked around at the crowd and then said in a high squeaky voice, “I’m out,” before high stepping it away from the gauntlet back to his car.

That left Bubsy and two other guys. Tree Frog walked down the center of the gauntlet to the contenders and had them each draw a straw. Bubsy lucked out and got the longest one which meant he’d go last, a slight advantage because the gauntlet would be a little more tired when he made his run and that might help him make it to the other side. Bubsy noticed right away that the biggest guys were all at the end of the gauntlet. He knew that’s where the worst of the beat down would come.

The first contender only made it ten yards deep into the gauntlet before a nasty elbow knocked him out cold. The second contender did a little better make it to the halfway point before going down under the torrent of blows and savage stomps and kicks. He shrieked out “I’m out, I’m out!” before any serious damage was done. Tree Frog waded into the mob and rescued him.

And then it was Bubsy’s turn. Because of his size and power Bubsy had been recruited in Junior High to play football as a running back, but he only held out for one season because of poor grades and trips to juvenile hall. But during his short stint he had accumulated an impressive number of trips into the end zone, a skill that was going to serve him well in the gauntlet.

As he expected his power and strength blew through the first sixty yards of the gauntlet, but then he got hung up on three guys, one of which was a skinny rat-faced blond haired guy named “Weasel”. Bubsy could feel his gas tank running out fast and this drove him into a fury.

Weasel was right in front of him delivering short elbows to Bubsy’s ribs and arms. Rearing back with his great Viking helmet head Bubsy delivered a head butt squarely in the face of Weasel knocking him to the ground. And into a quivering jumpy unconscious, soon to be dead, sick set of spasms.

With Weasel down the jam up busted and Bubsy fought on towards the finish line. Nobody noticed Weasel until after Bubsy’s run was long over.

With only a few more yards to go Bubsy poured it on. Here the remaining veteran battlers, all full patched in members, rained down skull crushing punches and elbows on Bubsy again and again trying to stop his charge. But the lights never went out for Bubsy and he bulled his was past his attackers sprawling across the finish line into a painful panting heap of exhaustion. Tree Frog lifted Bubsy off the ground and raised his hand in victory shouting “All hail Bubsy!” A little later what was left of Weasel was found. His body was thrown in the back of a car, a story about an unfortunate run in with three gang members was concocted, and he was taken to the nearest county hospital DOA.

Bubsy, on the other hand, as the man of the hour was ushered out to Wild Ones Tavern on Highway 4 despite being underage, where he was pig fed celebratory beers over and over again. To keep him from passing out too early he was invited into the men’s toilet several times to do massive lines of crank to counteract the alcohol. These along with his earlier killer slam of meth and coke combined with the strain of the gauntlet blew a valve in his heart at 1:23 am in the Wild Ones Tavern killing him instantly.

His widow steadfastly refused to allow any of the HA attend his funeral and eventually moved with Bubsy’s young daughter to Juneau, Alaska a few years later.

Receive stories by Steve B Howard in your feed
Steve B Howard
Read next: I Used to Think I Sounded Stupid When Talking About My Mental Illness