by Leonora Watkins 10 days ago in personality disorder

It’s one of their favourite tools 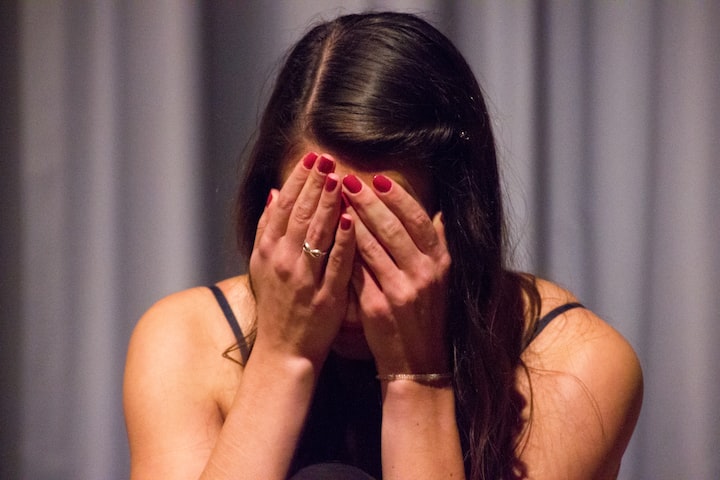 Photo by J Taubitz on Unsplash

Embarrassing someone in public is an awful thing to do, the person doing it thinks it makes them look good. But to the casual observer they just look like a shitty person and a bully, nobody is impressed. Both overt and covert narcissists love to use public embarrassment or humiliation to make themselves feel better. It’s the only way they can feel a little sliver of happiness in their empty soulless lives.

But Why do They do it?

There are several reasons why a covert narcissist will humiliate you in public, but the main reason is that they can. It amuses them and makes them feel like they've accomplished something.

Another reason is that they’re one of those truly terrible people who can only feel good by making others feel bad. They’re the worst kinds of people to be around and if you know someone like that then I advise you to run away from them.

The third reason is supply; a narcissist needs drama and attention. Humiliating you in front of others guaranteed attention from them and you. They also thrive off of drama and doing this is pretty much guaranteed to start an argument.

Can I Stop Them From Doing This?

Whether they’re covert or over, a narcissist does what they want, not what you tell them to do. If you have a big enough argument about it then they might stop for a while, but it will happen again at some point. This is how they operate and unfortunately, you’re not going to be able to change that.

If you can distance yourself from the narcissist then this should be your first choice. I understand that this isn’t always possible, but there are things you can do to manage the situation.

Understand They’re Not Going to Change

It’s depressing to admit it and it feels like a defeat, but this is who they are. You’re never going to change their behaviour, but you can change how you react to it.

Pretend to be Calm

I say pretend because inside you’ll probably be furiously angry. But fake it till you make it and it will knock the narcissist off balance. They need dramatic reactions to supply the attention they’re so desperate for. But be warned, cutting off their supply of drama will result in 1 of 2 things:

Obviously, withdrawal is what you’re hoping for, you want them to get lost and leave you alone. But the possibility of their narcissistic behaviour escalating is very real. They could intensify their tactics to get a response. If they do this then don’t break your facade of calmness, keep your cool no matter what they start to do.

In narcissist terms, this is called “The grey rock method,” which is where you become as dull and uninteresting as a grey rock. You do this by keeping responses short, one-word answers are ideal. Stick to facts and don’t raise your voice, try not to show any emotion, and hopefully, they’ll realise that you’re not playing their game.

This is a technique to handle unavoidable interactions, I would never recommend this as a long-term solution. Covert narcissistic abuse is as real as any other form of abuse and equally as damaging.

Removing yourself from the relationship is the safer, healthier, and long-term option.

Look at the People

If the narcissist is trying to embarrass you in front of a stranger, look that stranger in the eye. I bet you they’re not laughing, the same applies to friends and family. And if any of your friends and family do laugh then you might want to reconsider your relationships with them too.

Think About Your Best Friend

Or someone you care about, if you saw them being embarrassed in public, would you stand for it? No, you’d tell the perpetrator to shut the hell up and you’d encourage your friend to leave them. You should treat yourself with the same level of respect that you would show your best friend.

It’s bullying, it’s narcissistic, and it’s not going to improve. Narcissists don’t improve, they just practice and move on to their next victim.