It is time to start telling truthful and nuanced stories. 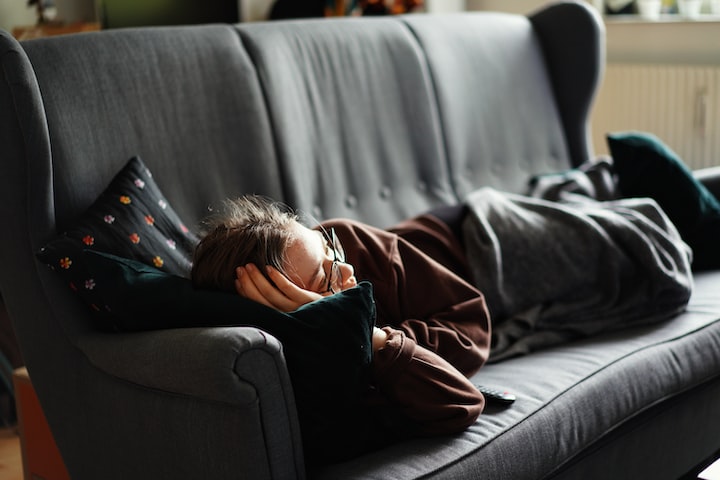 1 in 4 people experience a diagnosable mental health issue every year in the U.S. and U.K. Around eight hundred thousand people die by suicide every year - it is estimated that for each person who dies from suicide, another 20 attempts to do the same. Suicide is also the leading cause of death for men between 18-50:

A suicide is like a rock thrown into the water with the ripples spreading outwards, covering family, friends, soaking work colleagues, acquaintances, the wider community.

These are mere statistics - something that may just seem like cold, distant numbers. But each number represents a real person, with a real life. Not to mention, these already large numbers are outdated. Not only do they mostly exclude people under eighteen, but our world is getting tighter and more anxious by the day. From forest fires to a growing, lethal pandemic, isolation and a plummeting economy, increasing hate and injustice... it can almost be impossible to feel at peace.

Books, television, and movies are for a lot of people a great escape. Their worlds can function as hideout places from whatever and whoever might be tearing down your world. They can be places of healing and preservation - or even just something to take your mind off things and have a good laugh despite everything else.

This peace and joy that fiction can bring us are remarkable. But, unfortunately, there is also a side to these mediums that are not so kind or helpful to those of us struggling with our mental health, and that’s the ever-growing stigmatisation and romanticisation of mental health conditions (MHCs).

“They [movies and TV] are how we gain empathy for people who are having different experiences to us. I think that is, in a way, the main function of storytelling… Taking it right back, evolutionary-wise, we are social people, and we have to be to survive. One of the things that help us remain so is having understanding and empathy for different experiences.”

How are MHCs statistically shown in film and TV?

The following statistics are from the USC Annenberg Inclusion Initiative. Read the full study here.

There are eight categories of MHC that we see on the screen. In order of prevalence:

When it comes to which, of the so very few, characters with a type of MHC, these are unsurprisingly cis, white and straight people - with a slight tip over towards men (in film, MHC are ratioed 1.5:1, and 1.15:1 in TV, towards men).

Is this because women and minorities are still often being excluded or cast to the side on the big screen? Or because most “flawed” or “tortured” roles go to white men, while women, LGBTQ+, BIPOC, and disabled people are mostly poorly written characters that fit into tired stereotypes or are put on pedestals?

Whether or not you think there should be a wider representation of mental health conditions in film and television, is entirely your prerogative. For the most part, the issue may not be so much that MHCs aren’t depicted in the media a lot. It’s the fact that when they are, it’s in a very stigmatising and trivialising way.

Name-calling people with MHCs is also common (“Crazy”, “Psycho”, “Freak”, “Sociopath”, “Unstable”, etc.), and 46% of film characters with a mental health condition are perpetrators of violence.

But people with MHCs are actually more likely to be victims of violence, rather than the cause. Only about 4% of violent crimes are direct results of an MHC or symptoms of one.

This continuous demonisation of mental illnesses is part of why so many who personally deal with them do not seek help, suffer in silence, self-harm, or end up as victims of hate crimes.

What can YOU do?

For you, the storyteller or content creator, who wish to be part of changing the narrative surrounding mental health conditions: interrogate your intentions and the story’s purpose.

Why are you telling this story?

Is a mental health condition used as a plot device?

Is it used for humour?

Does it perpetuate harmful misconceptions?

Does it romanticise the condition, or paint love as a cure?

Does it depict seeking help?

What message does it send - to the ones watching who may be in the same boat as your character, and to the ones whose only knowledge of this comes from the media you are part of creating? We have to strive to create authentic and nuanced portrayals of these conditions for these exact reasons.

So, research - not only from second-hand sources like medical studies - but seek out personal stories and educators to gain the whole picture. Avoid the tropes and listen to the affected community’s response to specific depictions of conditions (i.e., people with Dissociative Identity Disorder opinions on the movie “Split” (2016); a film about a man with DID who kidnapped three teenagers).

On a personal note

I suffered from depression and suicidal thoughts in my early teens, something that still comes in waves today. I remember scrolling through Tumblr and just seeing posts after posts glorifying depression and self-harming. Many of these posts were GIFs from shows like Skins and 13 Reasons Why - some were even quotes from Romeo and Juliet.

I was so young and vulnerable and going through tumultuous life changes. Then I fell into this pit of media that told me that silent suffering was beautiful. But it wasn’t. It never was, and never is.

It was ugly, unhealthy, and tearing me apart. My elbows were green because, at a point, I felt so numb that I couldn’t even make myself shower. It was an endless cycle of loneliness and disordered eating; it was casual cuts and hopelessness.

The same type of hopelessness that girls on TV (who never sought treatment or support) with runny mascara and guys awing over them also had. I didn’t tell anyone about all of this pain I was going through until I had miraculously made my way out of that godforsaken pit of indulgent self-hatred.

Help change the narrative, and spread awareness; listen, collaborate, and never stop questioning the prejudices you catch yourself having.

If you are suffering from a mental health issue, you are not alone.

Find out where and how to seek help:

For more on the depiction of mental illness in the media, check out these videos and read the full USC Annenberg study:

Thanks for reading! If you would like to support my work, please consider leaving a tip or sharing this piece with your friends. Any and all support is highly appreciated ❤

Evita is a Glasgow based writer and podcaster creating food for thought conversations on all things culture, trends, film and TV.

For more content, follow her on Instagram @MalinEvita, and listen to her podcast with filmmaker Shania Bethune, Making It: Women in Film, available on all major podcast platforms. Season two airs February 5th.

More stories from malin evita and writers in Psyche and other communities.