by Brianna St. Clair 9 months ago in recovery · updated 25 days ago
Report Story 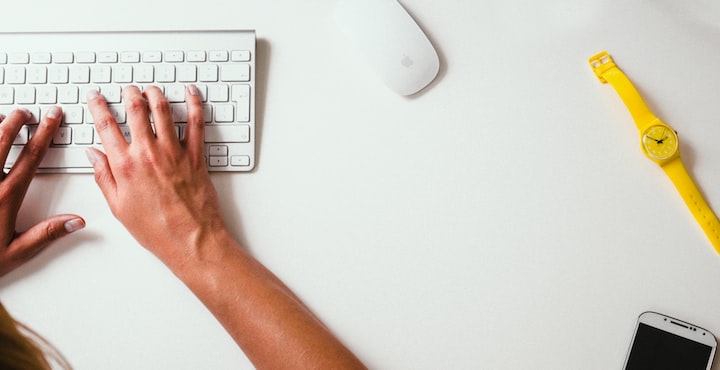 Photo by Damian Zaleski on Unsplash

Anxiety causes us to do some crazy things, and I never thought I would be doing this exact thing right now either for the message I'm sending or the way I'm sending it. So here it goes this one is to the family, I hope you guys read this with an open mind and I hope that other people that relate to this know you are not alone.

Life has not been easy for me in any stance, I am however starting to heal and have stopped trying to have a victim mindset because that is how patterns continue through generations. I am not here to be a hypocrite and am working towards bettering myself and being better towards the people I have hurt. I am not here to call you out, but these things I have held in for so long finally need to be said in a safe space where I have support and will not feel small again to your responses as I have every attempt I have made to try and fix our relationships.

I have had symptoms of Borderline Personality Disorder since I was in the sixth grade and maybe earlier I just don't remember much of that time and was diagnosed with it at 17. I have had little knowledge of what the diagnosis is until this year when I decided to start picking up books and reading and learning about it. I've learned a lot this year because it's been one of my values.

I've learned that Borderline Personality Disorder isn't just caused by trauma, kids can have trauma and have a safe space and validation and process it and not have mental illness in the slightest, BPD is caused by the invalidation of trauma for a long period. Remember all of those therapists so shocked mom when we said, oh no I don't have any trauma there has to be another reason. Turns out I did, I just didn't realize it until I was 2o years old and moved away from that environment. As they say, you can't heal in the environment that caused the trauma.

I was told that my sexual orientation, my gender, my interest, my opinions, my choices were all wrong. You sided with the person that sexually assaulted me and said that you and him both agree I need therapy. You said I needed to forgive him because we were family. Not only did you handle it wrong when I told you about it when I was 20 you handled the situation back then wrong too. I came to you as a kid and told you what happened and you took his lame-ass story and believed it. I had to sit and cry to a 2nd-grade boy on the school bench that didn't even probably know what I was saying because we were so young. He was the only one that listened. You invalidated me then and invalidated me a year ago when I was reliving it and the anxiety made me lose my job.

You monitored my text messages always, so when you found out I was private messaging my friend as a 14-year-old telling her I was going to commit suicide the only reaction was to delete my Facebook and you considered sending me away. Then you ransacked my room and took my diary and read the entire thing and punished me for the things I wrote in there. My crush on a girl, but that's wrong so you told me that some girls did have feelings for other girls but they could also be with boys and that I needed to be with boys.

I never had one ounce of privacy even in my mind, you had me brainwashed to the point that I felt bad if I didn't share a single thought in my head. I felt bad for sneaking out when I was almost 18 and told you the one way I got out of the house because I felt bad. You have made me be so cautious of my fiance's tone and not being able to just trust what she's saying and making sure there's not an underlying tone when she's telling me something because you never communicated how you felt. You acted petty so I came to your rescue. When I came out to you as Oliver, you told me you have a free pass to call me by my legal name because you made me and I will always be your little girl. I still feel small in society and usually go by Ollie because you have engraved that anxiety in me.

You asked for a few examples and I swear this is just a ding in the surface of memories that have surfaced the last two years of my life. To put this in perspective its been a year and seven months since I remembered the first little bit and I've remembered something new every single day since then. Every single day.

There is a couple examples you asked for, if thats not enough I can give you some more. I have tried to speak up for myself for so long and I'm talked to like I'm six years old by everyone in the family. I'm not the only kid messed up either we all got super messed up. The only thing was I was the last one to come through so not only were you two messing me up my siblings were messing me up as well.

One of you gave me the coping mechanism of having to completely dissociate and have zero reaction to get left alone from abuse because you thrived off reaction. One of you has used me as their task doing since I can remember, running to get everything for you, giving you my money, even doing things I didn't know where felonies at the time. And somehow I was the bad guy every time I felt like saying no. Then the last one, you didn't hurt me in any way. You were the oldest you were able to just stay in your room and stay away from them. But you never helped me get away or escape. You are successful but you didn't get out unscathed. You are sheltered and have a lot of self-realization to do. I think you stay in your safety bubble, I think you all do.

We have lived in a house were speaking out that the action hurt was more offensive than the act of hurting. I have gotten pushed into the ground so many times for speaking up. That's why I'm doing it on here, I have no more energy to be brought down by being invalidated anymore. There are people that share my feeling, strangers I feel like care about my well-being more than you guys do.

I have lived in a house that taught me love is bought with money, all the things you have done for me right? It's just funny because everyone I meet now has all these amazing holiday experiences saying they hung out with extended family and it was a blast, all I remember was getting all our gifts and then the rest of the day just being by ourselves. I don't have one memorable birthday, holiday, or vacation with the family because we all had shared DNA but none of you got me.

Most gifts given were never played with after that day, I'm pretty sure you returned my electric guitar the following week because I wasn't even interested. My closest was full of brand new clothes but they were never worn because I wasn't allowed to shop in the boys' sections until I moved out of the house, I still remember in the middle of the mall wanting to buy men's joggers. And you yelling to the entire mall asking if I wanted to be a boy or something because these pants were for men.

It is not just me there are Reddit groups with 40,000+ members in them begging for emotional relief because of similar situations. There was a woman in her 70's in my DBT group still trying to learn how to cope. I've personally known people who have decided to do shock therapy on their brains because they don't have any other option of hope. Please stop invalidating our experiences, none of this was our fault and we are the only ones trying to solve it.

In this place, in time I am not ready to have kids so I will not be, and if I ever get to the point where I'm recovered enough and stable enough to adopt, I will gentle parent no matter what situation I am in that day because I know that's all I needed. Just a safe space to grow up. To my siblings, I hope the kids you already have and the ones you will have you decide the same thing. I want to break this generational trauma that's been in our family for a long time. I send you all the best positive stuff from afar hoping you all heal, but I want you to know I'm taking a long break from all of you.

Lastly to the people who can relate to me I am sorry and I will always be a listening ear, my instagram is in my bio and I will always respond if you need someone to talk too. Nothing other people did was your fault, but you do owe it to yourself and yourself only to heal from it and try to have a more positve future without the ones who hurt you in the past. That is why i'm taking my final step to cut off every single person that doesn't deserve to be in my life and surround myself with positivity and people who actually care about me.

More stories from Brianna St. Clair and writers in Psyche and other communities.