An Insight Into BPD: Part 1

by Em 3 days ago in trauma

Venture into the future with me? 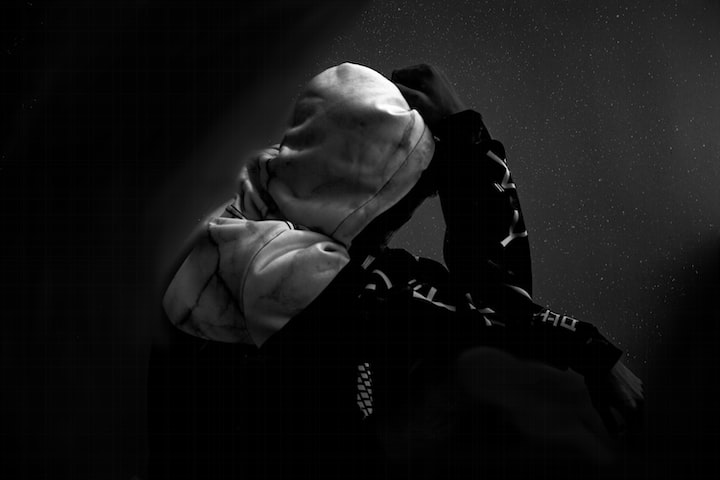 Photo by Sean on Unsplash

I haven't been self-aware for very long. I haven't known about the mental health illness referred to as "Borderline Personality Disorder" for very long. But I have known the crippling loneliness, anxiety and self-loathing tendencies that stem from it. That I have a very strong familiarity with, unfortunately.

After realising that it is the main mental illness that haunts me every second of every day of my life, I've come to see that not many people who aren't affected by its suffocating hands are aware of how difficult it is for people like me to get through life every day. So for my first story here on Vocal, I offer just one side of the ongoing effects of Borderline Personality Disorder so those in and around others affected by this illness can hopefully understand that little bit more.

While each and everyone of us has a different reason for the development of our BPD, my personal experience stems from a very traumatising childhood in a very strict, cultural environment. Keep in mind, I only found out that it stemmed from childhood trauma when I was 23 years old, and I had to be told by a psychologist. Prior to this, all I thought was that my parents were mean and had anger issues, not that pretty much everything they did to me while I was growing up in their household was wrong according to normal societal methods of parenting.

That being said, if it was all I knew and it was what I learnt from them as acceptable, how would I know otherwise? To put it in perspective, I found out by my first real boyfriend when I was 19 years old that it is not okay for a parent to lock their young child in a closet under the stairs, full to the brim with all the useless junk they didn't have room for elsewhere in the house. Let me paint a picture for you about this kind and loving aspect of my childhood.

The closet would have been no bigger than 2 metres deep and 1 metre wide, with random junk just chucked carelessly into it over the years and never touched again, leaving a perfect space for insects, spiders and other creepy crawlies to make home. Now, I was only locked in there when I was having a tantrum about something I disagreed with my parents about and they needed to get rid of me so I'd stop pestering them. The amount of free space available for me to stand barefoot in was barely enough for my little adolescent feet, sometimes lessened by a dead (or almost dead) cockroach. Needless to say, this has given me an unhealthy dislike of insects, spiders and other such critters long into my adulthood, not to mention the claustrophobia and fear of the dark, but let's not get into that right now.

I would be left in the "Beetle Room" as we would so accurately refer to it, for hours and hours just screaming and crying for my mum to let me out because I was scared. I never learnt that I needed to calm down before she would let me out, I would just lose my voice and get tired, which to them meant I had finally calmed down and was allowed out. We never talked about what happened afterwards or why I was unhappy or disagreed with whatever happened, they just expected me to shut up and accept their way. At this age, I didn't realise that because I was too young but as I got older, I understood, and that's how they slowly pushed me away day by day.

As the cherry on top of this perfect example of raising children, the closet was the pull to open type. Yes, you read correctly. All I had to do to get out was push on the door. I don't remember at what age I figured this out, but I hardly have to explain the shocking psychological effect this had on me and my development. Furthermore, I have an older brother who knew this about the closet and yet still decided not to help me, and that also ties into the trauma.

But enough of that brief example of just one of the things I was put through as a child and expected to be okay with. I could go on and on about all the little things that resulted in my decision to cut off my parents at the age of 21 and never see or speak to them again, but I fear there will never be enough time in the world for that or interest for that matter.

Now I am in no way saying that my life is worse off than others who have been put through more malicious things than me. As I stipulated in the beginning, this is just one side of a story that lead to where I am now in my development and an insight into BPD and how deeply rooted it is in people with similar situations to mine. I know that in the big picture, I've had a pretty damn good life once I separated from my parents and there are a lot of positive things that have come from my trauma as well, but all of that is moot if my overall outlook on life is that it's not worth living.

And that's the point I want to address here because I am almost 100% sure that there are so many other people out there like me who feel the same way and are just trying to make it through the day. For me, if I didn't have my dogs, my car, my partner, I wouldn't want to be alive. I don't see the point, in the big scheme of things. It is an escape to me, a way out if things get too hard, if I lose everything and all my animals are gone and I have nothing but me. This ties into the loneliness and never feeling like I have friends or anyone else there for me and having to deal with everything by myself.

But I guess in writing this all out, I hope to educate and inform others of this illness and its crippling effect on people, and possibly even help those suffering from it to know that you are not alone, there are many out there like you, even if it doesn't feel that way when no one seems to be there for you. Take comfort in my story. Take comfort in the fact that despite everything and despite wanting to end it all almost every day of my life, I am still here. And you can be too.

trauma
Em
Read next: Never In the Cover of Night
Em

I have always been an avid reader and had a flare for story telling. I've started a new chapter in my life and stumbled across Vocal so am keen to see how far it can take me.

See all posts by Em →