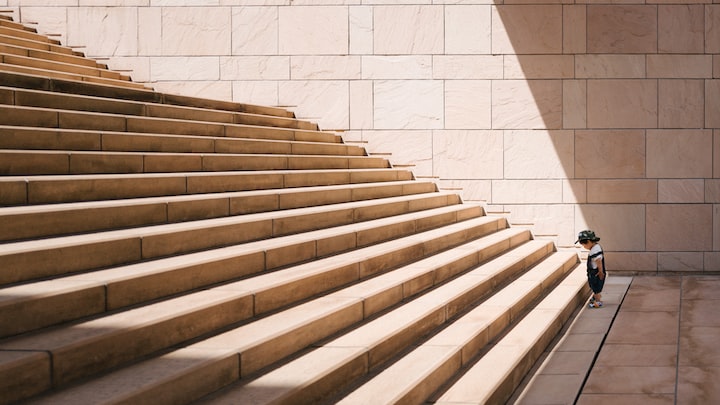 Photo by Jukan Tateisi on Unsplash

Achievemephobia. The fear of succeeding, or the fear of achieving your goals. I will never forget the day that this stunning revelation settled in my mind. I had fought and struggled for years against this fear without ever having a name for it. I had always told people that I was a "Professional Procrastinator", or that I had a mental block that prevented me from finishing projects. I was an artist. A fine artist, working mainly in oils. I don't even think I can count the number of unfinished art pieces stored in my studio room. Once I realized that my issue wasn't a mental block, or procrastination, but was a fear of succeeding as an artist it was as if the millions of puzzle pieces of my life fell into place. I could see clearly. This has been my life long fear.

It wasn't just art. This fear permeated much of my life. As a person who takes interest in numerous fields of education, arts, crafts, and even medicine, I have many hobbies. However because of my fears I always switch from one hobby to the next never giving myself enough time to hone my craft in any one thing. I became a Jack-of-all-Trades-Master-of-none. Why? Because if I succeed at something and it doesn't give me the fulfillment I hope for it will all have been for nothing. So I avoid succeeding.

Then there's relationships. Have you heard of self-sabotage? Now imagine doing that to your own relationships. Pushing people away. Making issues bigger than they are so that there is enough distance between you. Because of course you wouldn't want to be in a perfectly happy relationship. Why? Because what if you have a happy relationship and are still unhappy? What will you do then?

Living with Achievemephobia is like living in a loop. You dream and hope and pursue your passions. Then you fear and doubt and abandon your passions. Then you do it all over again. People with achievemephobia tend to be dreamers. The reason they struggle so much with their fear of success is because they are quite adept at dreaming beautiful and big dreams. They want something out of their life and yet they are their own biggest obstacle in getting there.

Often people who battle with this fear also develop the fear of failure which can be particularly painful because their achievemephobia causes them to give up and fail most of the time. Once they abandon another dream for fear of what it will be like to achieve it they will beat themselves up, and negative mental self talk will engulf them. Often people who struggle with achievemephobia become depressed because of this cycle.

I have never been particularly athletic but even when it comes to my own wellness I have fears. "What if I work out and I still feel run down and tired all the time, or what if I feel even worse than before." The fear of what it might be like to succeed with my work out goals keeps me stuck. Because individuals with achievemephobia fear succeeding but often also fear failing most of them get stuck in-between the two and end up doing nothing at all in spite of any plans they have of starting a particular goal. Getting stuck like this will continue until one of the fears overpowers the other.

People who live with achievemephobia often feel like they can never win. I often feel this way. Living with achievemephobia is a daily battle in my own mind. However in spite of how overwhelming it can be I believe there is always hope. I have decided that even if I fail over and over again because of this fear. Even if I get stuck for weeks or months, or even years at a time over a certain goal, as long as I don't give up it will be okay.

My hope is that if I never give up, one day I can overcome my fear of success. If that is the only thing I succeed at in this life I think that will be enough for me.

I am a thinker of many thoughts so many that they pour out my eyes, trickle from my ears, and spray out my nose! The best remedy for this "syndrome", is to write it all out instead. A much less messy release I must say.

More stories from Kristen Dutton and writers in Psyche and other communities.