A Splash of Cold Water Brings Down Swelling Under the Eyes

by Lindsay Rae Brown about a year ago in advice

Lessons I don't need to teach my children 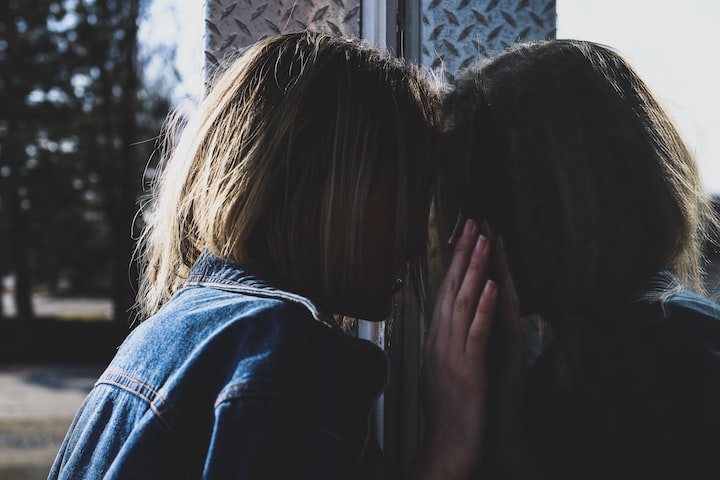 Photo by DANNY G on Unsplash

My mom always told me to splash cold water on my face after I had been crying. I suspect this is because that's what her mother told her. In turn, I have told young people I love this same advice as a helpful tip on how to hide one's shame.

I was 15 years old and had just gotten written up at work for being rude to a customer. To be fair, I worked at KFC and have you seen how people act in anticipation of eating fried chicken? It's despicable! People are fucking monsters.

I probably shouldn't have coerced the cook into frying up chicken butts (those little pieces of extra skin on the thighs that you're supposed to discard after ripping off) and serving them as popcorn chicken. It was just so funny to watch this guy devour them, then nonchalantly walk over to him and ask how his assholes were.

In the end, it was the large corporation who got the last laugh because they gave me a stern talking to about how the customer is always right (spoilers: they aren't) and wrote the incident down to stick in my permanent KFC file.

It doesn't sound that bad, I know. A lashing would have been much worse, which makes me thankful I wasn't an errand boy in the early 1900s.

The thing is, I take issue with people of authority yelling at me. Resulting in my crying immediately, in anyone's company. The fact that I am crying doesn't help the situation because I get embarrassed and then cry even more due to the humiliation of the situation.

Alas, this has been my lot in life since as long ago as I can remember. I'm a crier, and I've always been made to feel that this was a shameful thing. My dad hated it when I cried. I think it was an inconvenience or something. My mom tolerated my crying, but, to this day, feels monumentally uncomfortable when I cry around her.

I've come to learn that it's all okay. We all have our ways of dealing. I'm okay if my crying makes other people uncomfortable because, in the end, that is a them problem, not a me problem. My crying makes me feel worlds better about a situation, even if it is also causing me embarrassment or strife.

I like the feeling of crying. Of just letting go of every inhibition and crying that shit out. It is cathartic and freeing.

So many of us were raised with the mentality that crying is a girl's endeavour. This is so problematic in so many ways.

This is at least how I felt growing up, which made the idea of crying that much worse. Every time I cried in public, I was confirming the low standards that society had for me. I couldn't control my emotions; there I was crying again.

It's taken me 35 years, but I've come to terms with my crying and am finally seeing the power that this action truly has. When one cries genuinely, not for gain or attention, but to truly feel something and allow oneself to cry openly is a brave thing to do.

Let's face it, we all look a little weird when we are crying. I know, I know, we practice our sexy cry faces in the mirror when we are home alone, but that's not what we really look like when breaking down emotionally.

In reality, we've got those big ass mouths stretched far and wide across our face. Our eyes, red-rimmed and bloodshot, are about two times smaller than usual. There's a dribble of snot leaking from our nose, and sometimes, if it's really intense, we're making a weird honking sound in our throat.

Now, imagine you've just been reprimanded at work for telling a customer to enjoy his assholes, or your boyfriend just broke up with you in some public space. Maybe you found out you flunked a course at community college, or the doctor has just told you you're morbidly obese, and you must stop eating cookies at midnight lest you be in for some serious health problems in your future. These were all scenarios in my life where I broke down crying in public and felt that deep pang of shame and simultaneous release almost immediately.

However, if I had only known that crying wasn't as shameful as I was brought up to believe it was, I think these situations could have been dealt with in a much healthier manner.

Instead, if we are brave enough to let the emotion out and deal with the feelings right then and there, I'd wager to say we are much stronger than those trying to bottle everything up to try to look strong.

Both my children are very emotional beings, just like me. I've committed to allowing them the comfort of crying because they deserve that kind of emotional freedom. We all do.