A Psychiatrist Laughed in my Face- Here's What I Learned From It.

by Shy 10 months ago in coping

"This one meeting that lasted a single hour had discouraged me so much that I had stopped my studies altogether." 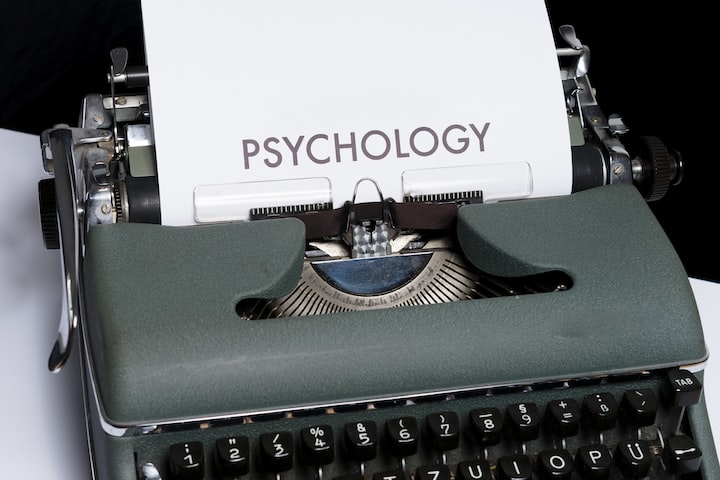 Throughout my years I have seen many mental health professionals and workers. From counselors early in my childhood, to therapists, and later on to psychiatrists- I've seen my fair share. While most encounters with such doctors are mostly, usually pleasant, I have run into a few that left me feeling a little bit worse than when I walked in. It's rare that this happens but there was one meeting in particular that actually upset me quite a bit and discouraged me greatly.

Let me set the scene a bit, the COVID-19 virus was a great concern at the time for many people and most doctor appointments had switched over to Zoom appointments instead of in-person appointments in an effort not to spread COVID-19. I had a therapist I had been seeing (well, calling over the phone) for some time that was helping me learn ways to better manage my anxiety and deal with my schizoaffective disorder. I was learning many helpful techniques but it had been some time since I had seen a psychiatrist so he decided to refer me to one.

Now, let me just say I was anxious, to begin with. I struggle with making phone calls and video calls are not much easier for me. I was nervous about seeing a new doctor for the first time and over a video call nonetheless. I waited in anticipation for the doctor to appear on the screen. When she did, I was so nervous I blurted out “Hi, it's so nice to meet you!”, she looked at me tipped her glasses down, and replied “Hi.”. Now, I'm not the type to judge a book by its cover but already her demeanor told me this was going to be a long Zoom call.

I told her about my diagnosis, my symptoms, and what I struggled with. She seemed to only be interested in the ways I was trying to better myself so I then told her about my therapist that referred me to her and I started telling her about how I was studying automotive repair online because I don't have the means or ability to study in a classroom setting. She actually found it funny, the fact that I am unable to attend classes to study and that I am doing it online. I tried explaining to her that I am, in fact, a disabled person and have a lot of struggles with anxiety in addition to not yet having my license.

“So, let me get this straight, you're studying on a computer to become a mechanic when you don't even have a license?” she asked me as she was chuckling. “Absolutely” I replied, “Because I set goals for myself and put in an effort to reach them.” She couldn't seem to comprehend, she simply found it very silly. By this time, I was feeling very judged. She continued on judging me, my life, and my decisions. At one point she even said, “I'd recommend that you stop doing X, but just by looking at you, I'm going to take it that you wouldn't even consider it”. Why would she assume, based on my looks, that I wouldn't be willing to listen? This was actually something I had already been working on with my therapist.

The call went on like this for an hour, all the while I stayed calm and politely answered her questions. I could tell from the moment she saw me she did not like me but I kept telling myself “Just get through it” and I did. Afterward, I informed my therapist of the unpleasant encounter I had with the psychiatrist and it had turned out, I was not the first to have complained about the doctor. My therapist explained to me that oddly enough, a lot of these people that are in the psychiatry business are trained on a medical level and not so much on an emotional one and sometimes miss the target with patients.

While I did understand what he meant, this encounter was horribly discouraging for me. I began questioning myself and if I was silly for trying to get an education the only way I could at the moment. I began asking myself if automotive repair was what I wanted to study at all. I stopped working on my school work for a long time. Days turned into weeks and weeks turned into months and I hadn't touched my school work when I was once so excited to be learning.

This one meeting that lasted a single hour had discouraged me so much that I had stopped my studies altogether. If I could talk to her today I would tell her that I wish she would be more considerate when talking with patients because it really can affect them and their view of, themselves. Eventually, my mother talked me into getting back into my studies. I'm obviously behind now and I'm going to have to apply for an extension but I'm glad to be back at it again. All in all, I learned that I shouldn't let people have such a strong hold on me. I thought about it and I realized that I barely knew that lady and that her opinion of me shouldn't matter. In life, there will be people who simply do not like you, and that's okay, they totally have every right not to. But it's up to you to not let it upset you or ruin what you have going.

*I am a 25-year-old female from Colorado who enjoys writing and helping others. I am currently on disability due to my mental condition(s). If you enjoyed this read or found it insightful or helpful please consider donating $1, thank you.*

I have schizoaffective disorder and I enjoy writing.

Read next: Healthy Ways to Cope with Anxiety and Depression