Choose hope, then take the leap. 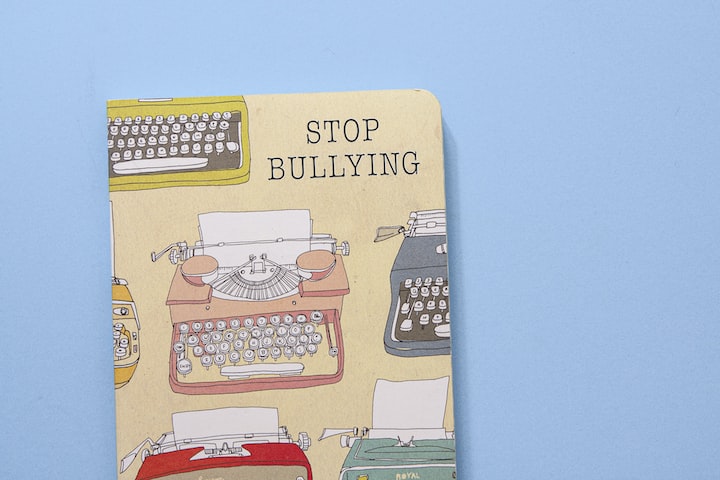 Photo by Dee @ Copper and Wild on Unsplash

Like many others, I was bullied as a child. It started in the 4th grade. It was one girl mainly and sometimes two more of her friends. I thought that year forever changed me. I blamed my bully, for who I am today. For years I let myself believe that I was shy because of my bully, that I struggled with people skills because of my bully, that I had low self esteem and confidence because of my bully. Yes, the bullying did factor in. But it was my choice of how I let it shape me. I had to accept that this is who I was, and if I wanted I could work on it or let it be. I had to let it be known to myself that it was my choice if I wanted to change. When I would get frustrated with my shyness or fear to speak in school, I looked for something to blame, someone to blame. At the time I thought who better to blame than my childhood bully. I made myself believe that they shaped who I was, and for 9 years I never forgot. I mean it’s hard enough to forget an experience like bullying. But I wouldn’t let myself move on. I wanted answers, but more so a deeper part of me wanted to know if she remembered. If she remembered what she did to me. Because if she did, that would mean all those years of flashbacks and thinking about everything she did to me wouldn’t be in vain. My suffering wouldn’t be for nothing. I thought it’d be even better if she was sorry, which I figured would be a shot in the dark. I came to a point in my life where I wanted to be happier, I wanted self-growth and I wanted to terminate some demons that lived rent free in my head. So I started where I thought it began, with my bully. Now for years I was afraid of her. After what she did to me, I thought she was cruel. It was 9 years later that I decided I couldn’t live in fear anymore. Already I was on a journey of facing some fears, so I wanted to face this one too. I sent a message to my bully through Facebook. I was polite but explained how I felt and asked some questions that have been nagging me for years. My heart was racing and after sending the message I instantly regretted it. I didn’t know what I was thinking. A notification popped up on my phone and it was her. She wrote that she did remember, not exactly what she did but she knew she hurt me. She apologized sincerely many times and explained she didn’t like who she was back then and has worked on bettering who she was as a person. I was beyond surprised by her response and suddenly felt a relief life from my chest. After 9 years, 9 years, I was finally able to confront something that always troubled my mind. We need to remember that bullies are human too. Everyone is facing their own struggles and we can’t dismiss someone because we think they are bad. We have to try to understand where their actions come from. Because of my fear I missed out on 9 years of forgiveness, relief, peace, and a chance of making an acquaintance. That’s the problem when you let fear dictate your life - you’re not really living, or moving foward. You’re just being. It may have taken 9 years but there was a lot of lessons to be learned. We ending up messaging a bit after those initial messages and I was relieved we settled a long over due issue that I realized affected us both over those years. My choice in reaching out made such an impact that she put of a Facebook message apologizing to anyone she bullied or put down in the past and said how she was working on her growth as a person. I was shocked because this version of this person, I’ve never seen before. Not all stories like this may end like mine but I knew that if mine didn’t end as well as it did, at least I would have faced the fear I always had and tried. At the end of the day I know we all have many demons from the past that we let eat us alive, we let them live rent free in our minds, we let ourselves blame our past for how we are and how our lives are turning out to be. But in reality it’s we who choose to let those demons dictate our lives, and while it’s not easy, it’s not impossible either. Everyday we write our own chapter, line be line, word by word, no one writes it for us, or no one has too unless we let them. And we let them a lot. We’re under the impression and delusion that it’s not our fault. We think, maybe it’s easier to put the blame on anyone and anything but ourselves so we don’t have to live knowing it’s our fault that we aren’t happier, our fault that our lives aren’t changing. We don’t want to know that it could be our fault. Yes, the past does effect us. It can play a role in how we are, but it doesn’t have to define us entirely. We can make the effort to change if we want too. And there’s always hope in moving on and moving forward. There’s always hope. Don’t be a bully to yourself and keep yourself from living the life you could have. I promise you, taking the leap is always worth it whether it’s lesson or a blessing.

Receive stories by Ariana Yeager in your feed
Ariana Yeager
Read next: Healing is Selfish