5 signs you are Ambivert

by Swapnil Porwal 22 days ago in advice

You can tell if you are an ambivert by noticing these signs. 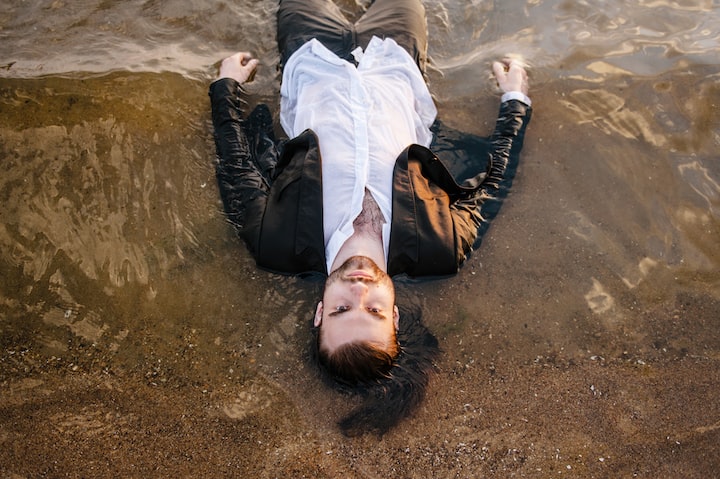 Photo by Vladimir Fedotov on Unsplash

Most people have identified themselves as introverts or extroverts at some point in their lives. However, in some cases, that identification was mistaken.

Best-selling writer Travis Bradberry describes that personality characteristics exist on a spectrum, and most of us do not fall into either extreme — we are somewhere in the center. A person called an ambivert leans in neither direction too strongly.

As psychotherapist Ken Page, LCSW explains: “Many of us are ambiverts to some degree, and all of us are located somewhere along the spectrum between introversion and extroversion.”

You may wonder what exactly is meant when you meet someone who is an ambivert. According to the Oxford Dictionary, ambiverts include:

“A person who has a balance of extrovert and introvert features in their personality.”

As Bradberry puts it: “Ambiverts have an advantage over introverts and extroverts. Since their personality doesn’t fall into one of the two extremes, they have an easier time adjusting their approach to people based on each situation.”

An ambivert has these five characteristics.

1. Occasionally you feel you can be tired by spending time with others and at other times they can recharge you.

I was invited to have dinner at a friend's house on the night before the New Year on December 31st. I accepted the invitation gratefully since I expected just a quiet evening with only 5-6 people.

Upon my arrival, I discovered that 50 people had already gathered there and it was a COVID-19 Situation. At first, I felt overwhelmed because I wasn't expecting it. That evening I felt tired and unable to interact with strangers even though I do not mind being around people. As evening fell, I looked forward to getting back home. That alone time was sorely needed.

I talked to my friend about two hours before I left, telling him that I had been really busy, which left me exhausted from assignments at college and online classes.

A week later, on my birthday, I felt the need to spend time with friends, so I invited some to dinner at my house.

The situation was the same: I was mentally exhausted in the same way I had been before. After working from home all week and doing my college assignment, I felt like this was the time I needed to be around people.

My friend Natali, who actually describes herself as an ambivert, is the best and most obvious example. Sometimes she craves socializing, and other times she needs time alone.

In her increasingly talkative phase, she shares plenty of facts about herself, her issues, and her conversations with others. In her quieter phases, she hears others talk but hardly speaks.

People like Natali, who at times talkative and at other times silent, might be considered ambiverts, as Ronald E. Riggio, Ph.D. explains in an article published in Psychology Today.

3. You will be described as an introvert by some while an extrovert by others

My friend Natali once told me this when we were all in college: I was talking to Victoria about you a few days ago. The thoughtful ways in which you behave impress her, and she seems to enjoy watching you too, although I hear she would like you to be more open.

You are regarded by Victoria as a quiet and reserved person. On the contrary, I see you very differently. I told Victoria that she doesn’t know you as well as I do. You are always enthusiastic and you are always willing to talk about anything.

It depends on how I feel at a specific moment, for example, who I am with or what kind of music I am listening. You might know me better than Victoria, but yeah, you're right that I can have a hard time expressing myself at times.

4. It's great to get attention, but you can't keep it forever.

It wasn't so much fun for me when I was 22 to stand with my friends and have them sing Happy Birthday while I sat there, blushing. It lasts about twenty seconds, but it feels longer for me.

One time, when I was talking to my friend Natali, we realized we were experiencing similar sensations about not enjoying the attention.

She blows out her candles before the Happy Birthday song has even started because she can't stand looking at a bunch of people and not knowing what to do.

Although we may disagree on this particular topic, we have indeed found that being the center of attention is not something we dread; rather, we actually like it as long as it doesn't last too long and the intensity is not too intense.

In other words, I love to hear someone listen to me and laugh along with me when I tell a joke.

5. Being able to listen and speak well is a strength for you

Brian Little, a psychologist, and author told The Huffington Post that ambiverts possess the intrinsic strengths of introverts and extroverts together.

The result is that they speak clearly; they demonstrate how to listen; they know how much to talk; the self-awareness of self is evident. They are aware of their own conduct and know when to stop. People who need to talk to them can talk and ask questions if they think they need to do so.

Several individuals who identify themselves as introverts or extroverts, but have sometimes had doubts about their choice, are thought to be ambiverts.

Most ambiverts will recognize themselves in several of the characteristics listed above, even if they don’t fit all of them.

Having both introverted and extrovert characteristics also enables individuals to develop meaningful and fulfilling relationships. For ambiverts, the extraverted traits may help lead to a more fulfilling life, while the introverted traits can help develop deeper bonds with others.

Consequently, meaningful relationships can be nurtured under these circumstances.

Let people know that you are an Ambivert next time someone identifies you as Introvert or Extrovert.

Feel free to like this article if you liked it, and if you're able to give me a tip, please feel free to do so.

I am a finance blogger and trader. I join this platform to make a community. Follow me and also support me.

Let's create something awesome on Vocal.

See all posts by Swapnil Porwal →