by Roy Fisher 15 days ago in feature
Report Story

Spring, nature's revival of all things, green and lush. Youth, the youth of lively and brave, positive. When youth meets spring, 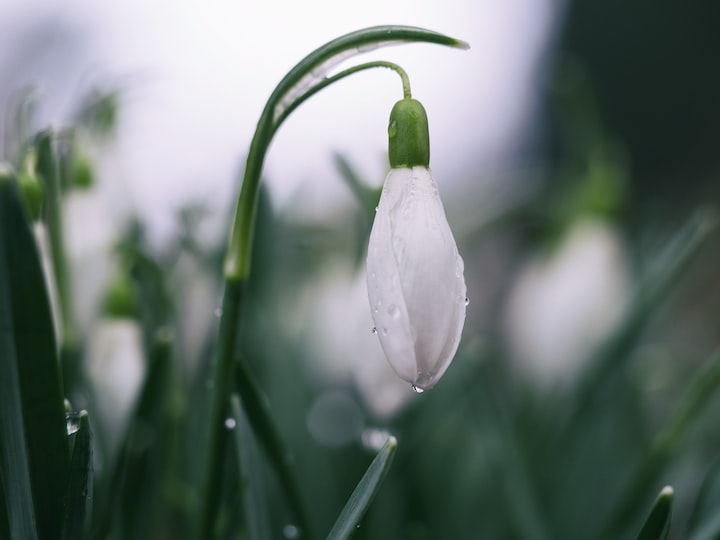 The spring of life is youth - the title

Spring, nature's revival of all things, green and lush. Youth, the youth of lively and brave, positive. When youth meets spring, it is the laughter and singing in the blossoming of hundreds of flowers, it is the singing and dancing under the shade of green trees, it is the running to the fullest by the gurgling stream, it is the playfulness on the green land of youth, and the wonderful story starts to be told in Pu Shang Yuan and the students of Sixth Form ......

Early in the morning of April 29, all of our junior high school students took the bus to Pu Shang Yuan under the leadership of teachers. We finally arrived at Pu Shang Yuan after singing and laughing all the way. First of all, we had a comprehensive performance of art and classical recitation, "Into Nature, Embrace Spring". I participated in this event as the host. Among all the programs, my favorite and most important one was the recitation program for our classes 2-7. To achieve good results in this program, all the students actively participated in the training process, despite the twists and turns, some individual boys were always mischievous, the volume of the girls' chanting was not always up, and they never found a suitable soundtrack ...... Such problems are chaotic, after the students repeatedly negotiate and grind, until the last minute to finalize. Due to the tight schedule, I was not very sure about the effect of this show. Finally, it was our turn to go on stage, and I secretly prayed that everything would go well. We went on stage in a neat line, with a strong voice from the leading students and a neat and loud voice from the following students. To be honest, we had never achieved this kind of effect in our rehearsals. As the saying goes, "good steel should be used on the edge of a knife", and our classmates were all good steel! In the end, the show was a success. All the sweat and hard work were turned into the joy of success on the faces of every teacher and student in Class 27. I was more confident and relaxed in hosting the program, and I felt proud to be a member of Class 2-7.

The sports competition was extraordinary in that it was less competitive and more fun, and each event was exciting and entertaining. One of the most memorable events for me was the "Crab Relay". It wasn't because our class placed well, but rather we came in last in this event. But the team spirit and cooperation that our class showed in this race, as well as the mutual encouragement among students, cannot be described by any great words.

At the beginning of the competition, the first two groups of our class tended to be in the lead. When it came to the third group, due to a small mistake of a student, he fell at once and was overtaken by other classmates. Although the students were catching up, they were still behind. When the other groups had finished, the last group of our class had just started, but the students did not give up on themselves but seriously finished the race according to the rules. The students who participated did not give up, and the cheerleaders did not complain. At the end of the race, all the students clung together to cheer and encourage, with sweat on their faces and tears in their eyes, but more than that, they had a confident look on their faces. In this losing game, we won the cooperation, encouragement, mutual support, and perseverance, we are the real big winner.

After a wolfish lunch, the students sat around and started to play the game of throwing handkerchiefs, and whoever was caught would perform a show. I was the first to start throwing, and I ran while looking for the right object, while the boys next to me sang the "Handkerchief Throwing Song" in a weird way, making the class laugh. I took the opportunity to throw the handkerchief behind a classmate and ran away. The student behind me immediately reacted, jumped up and picked up the handkerchief, and began to run wildly after me like a gust of wind. Some of the students sitting around shouted "catch her, catch her", some shouted "shoot faster, faster", and finally reached the end of the line, I jumped into the circle, now there is a protective umbrella that is finally safe.

It's been a long time since I've played a game like this, in addition to studying for exams every day, so I released myself from the reckless running and threw the pressure of studying into the sky. Despite the tiredness and sweat, knowing the front and back, shouting some hysteria, today is a happy day, a carefree day, we not only embrace the spring but also be held tightly in the arms of the spring, we are a group of happy class two seven people!

More stories from Roy Fisher and writers in Proof and other communities.