The Return of the Pub

by Reija Sillanpaa 6 months ago in bars

A step towards a new normal as pubs reopen their doors. 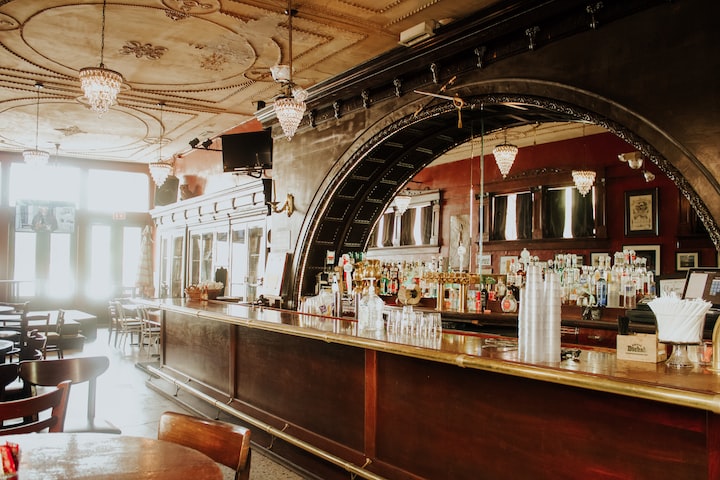 Photo by kalei peek on Unsplash

On the day dubbed Super Saturday, the UK saw its pubs and restaurants reopen their doors. But while some binged for Britain and spent £210 million on booze on Saturday, others were fearful of the repercussions.

I had not planned a visit to the pub when they reopened on Saturday. But, on our way to do food shopping, we passed one of our locals and the temptation to pop in and experience the new normal of pubs proved too strong.

This pub had opened its doors at 9am and by 11, most tables were already occupied. Remember, there is no lingering at the bar and no standing around so once the tables are taken, the staff will not let anymore customers in. Since there was no queue yet, we popped in.

A member of staff greeted us at the door. She was very pleasant and polite (and she remained so throughout our stay as she repeated the same instructions to all new customers). She explained the new pub etiquette to us. We were to pick a table suitable to the size of our party and remain at our table as much as possible. We were encouraged to wash or sanitise our hands regularly whilst in the pub. Trips to the bar were allowed but discouraged and she asked us to use table service if possible. 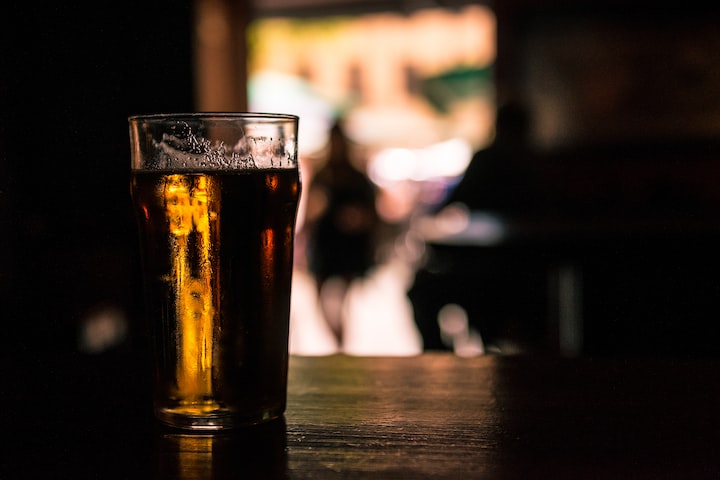 By Anders Nord on Unsplash

Once she had explained how it all operated, she handed us a contact sheet to fill in to support track and trace. It was not mandatory and they would shred the information after 14 days. I didn’t mind filling it in but I wonder how many actually do.

Inside, the pub looked the same, yet very different in parts. There were markers on the floor to help people navigate around the pub. They had also clearly labelled where people should queue for their pints. Some staff wore gloves and masks but not all. At the bar, a perspex screen separated the staff from the customers. Whilst some areas remained unchanged, others looked more like a maze than a pub with even more perspex screens set up to separate tables from each other.

We found a small table between the entrance and the bar. Perfect for observing. As mentioned, the pub was already near capacity by 11 in the morning and much rowdier than usual on a Saturday morning. But so far people were adhering to social distancing rules and sticking to their own groups, shielded by their plastic screens.

Fast forward a few hours and it was looking different already. The level of noise and drunkenness had increased by a hundredfold. People were already bypassing the social distancing rules as, lubricated by alcohol, they leaned past screens to talk to people at other tables. The staff, already ran off their feet between bar and table service, were also having to go around reminding people to remain at their table and not to move furniture.

As the morning turned into an afternoon and a queue formed outside, we called it a day. We vacated our table and the pub making space for other thirsty punters eager to get back to the pub.

Later, in the early evening, we went for a walk to see how things were developing. Pubs in our local area were busy but calm and people were enjoying themselves safely and respecting each other's space.

Elsewhere, though, the scenes were very different. Pictures emerged from Soho where the streets were packed with revellers. Even if you had wanted to observe social distancing, it would have been impossible. Scenes from other parts of London including Borough Market were similar.

It felt that these people had forgotten the last few months as they crowded at popular drinking spots. I get it - we are social animals and the reopening of the hospitality industry has been eagerly anticipated. It is our nature to spend time with others, which is something the pandemic has restricted in the recent months. The unfortunate fact seems to be that with the slow return to the ‘new normal’, has come a rapid forgetfulness of the reasons behind the lockdown.

I completely understand the eagerness to return to pubs and restaurants - I mean, I couldn’t resist the temptation of a visit to the local myself - but it should not be to the detriment of what we have achieved during the lockdown.

As the rules have been relaxed, some seem to view it as the end of the pandemic. But we are not out of the woods yet. As it stands, the ‘R number is still between 0.8 and 0.9 in England. Sky News reported that according to the WHO, the world has just seen a record number of new cases over a 24-hour period.

Here in the UK, Leicester has already entered a new lockdown and according to data from last week, the number of coronavirus cases rose in 15 London boroughs. So we are definitely not out of the woods yet.

I hope that after the initial rush to pubs, it will calm down again and we will not undo the effort of the last months. Let’s hope that the decision some made to gather in places like Soho, will not result in a new spike in cases and that we can continue to enjoy summer safely.

If you liked what you read

You can also follow me on Instagram for updates on new articles, short stories and the progress of my debut novel.