by P 4 months ago in wine

Flavor is everywhere whether you're looking for it or not 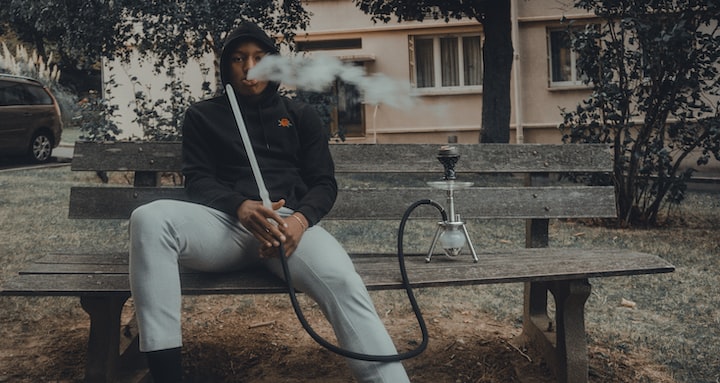 Photo by Ilias Chebbi on Unsplash

I am not a fan of hookah. It makes me lightheaded and in public places being lightheaded is the last thing I want to happen. Recently though me and friend missed the liquor store by 5 minutes. The night was young and we had just threw down on some boils at the Crabby Shack. So naturally we want to enjoy the rare night off. No boyfriends, no girlfriends, no work, no kids, no worries, just a good chill night.

The Choice of Flavor

We are given a menu and all you see is flavor, splashes of flavor, double flavor, and a whole bunch of stuff I didn't know what it meant. The choices took up the entire front page of the menu and I immediately felt lost. My friend is looking at me and he has this look on his face like he's just waiting for me to ask. An eyebrow raise later and he says mint.

He says it goes with everything and that it will help accentuate whatever splash we add to the hookah. Well I don't even eat peppermint so this sounds like an awful idea to me.

At this point we are joined by the man serving us.

My friend orders a beer and I am once again undecided. So I, once again, look to someone else and ask. Our server asks what flavor are we choosing and I smile because this is an exchange that makes sense to me.

One of my English teachers from high school said that to sit down with someone and eat is a proof of love. He said the act of eating no matter how normal and needed it is, the act itself is actually disgusting. So to choose to watch someone eat on multiple occasions and share these experiences with them is ultimately an act of love. From the second he said it I understood - eating and the act of sharing a meal can be intimate and, or sastisfying if allowed to be.

Flavor profiles dictates everything. Flavor is that magically combination of taste and aroma. We eat what we like but the level of satisfaction we get out of it is based on the spices, the saltiness, moistness, creaminess, sweetness and more. How someone is able to change and balance flavors whether it is from one item to another or just one item in itself is how we choose favorites. More importantly it's how we create memories.

So when this man asked our flavor, my friend said mint and I add with a splash of peach. He smiles, walks away, and comes back a couple minutes later with a red wine. It is Zinfandel.

So I have been drinking wine for awhile now. Cabernet Sauvignon is my absolute favorite. It's the right amount of acidic without making your mouth feel dry. My other favorite is Chardonnay but I don't drink it much because it gets me drunk, fairly quickly.

I am not an adventurous wine drinker. However after finding my new favorite podcast, And That's Why We Drink, my interest in finding new favorites began to grow. I'm on episode 81 and I started about 2 weeks before Halloween. They started advertising for Firstleaf so I decided why not. I took my test, they picked the wine, and I got 6 bottles delivered to my door for around $32. Hello? Fresh! (Listen to And That's Why We Drink if you don't already. It's a paranormal and true crime podcast - and it's hilarious.) So I am learning that I may like all white wine, period. I clearly have a thing for the sauvignon grape because Savignon Blanc is the new go-to for me.

So this red Zinfandel this man bought, I was ready to try. He lit our hookah and he told me to hit the hookah and then take my first sip. Cool. I did just that and several things registered at once:

The experience as a whole was really enjoyable for someone who isn't a fan of hookah. I definitely hit the hookah several times. I took it upon myself to try to create bigger clouds of smoke, which my friend had a great time telling me I had baby lungs and I refilled my glass 2 more times. Everything flowed so well from the smoke, to the drink, to the music, to the company, that going to smoke hookah is something that I find myself wanting to suggest when Covid-19 calms down again.

So since then I have learned that Zinfandel is slightly frowned upon in the wine world. I can't order any in my Firstleaf box. Bummer. However, Bright Cellars has it and when I took my quiz with them it was the first on the list of suggestions as the one that matches my flavor profile. So probably going to go to an every other month schedule with my boxes. Firstleaf I am keeping because some of their exclusives are phenomenal and then the next month get my box from Bright Cellars because I shamelessly love wine.

I do highly suggest giving the subscriptions a try! The first box is such a bargain that it only makes sense to try it at least once! Happy Holidays!!

wine
P
Read next: Whiskey: A Guide and History
P