Scientific Temperance Instruction in the Classroom

by Matt Reicher 12 days ago in history 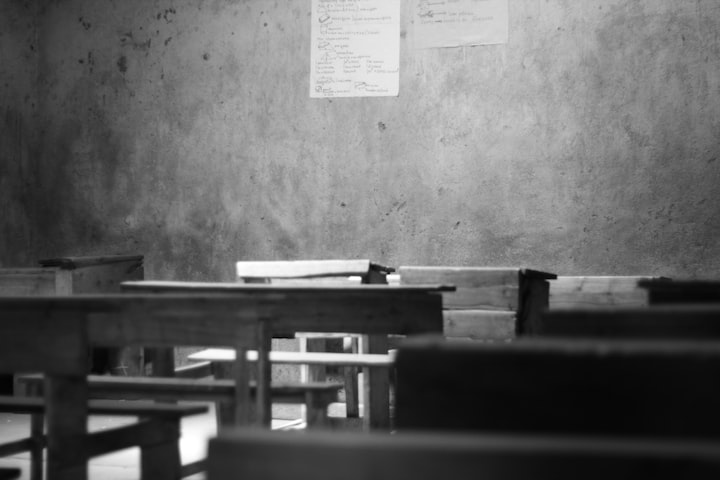 Photo by Hennie Stander on Unsplash

Many people are made crazy by the use of alcoholic liquors. In some asylums where these people are kept, it has been found that nearly one half of the crazy people were made crazy from this cause. Not all of these were drinkers themselves. It often happens that the children of those who drink have weak minds or become crazy as they grow older ….

Physiological Aspects of the Liquor Problem, Atwater and Billings (1903)

The National Department of Scientific Temperance Instruction (STI) was an integrative scholastic effort created by the Women’s Christian Temperance Union (WCTU). It taught both the science of the human body and promoted temperance ideals designed to protect it. The program, eventually implemented in schools nationwide, made physiology and hygiene a compulsory part of classroom instruction and illustrated the adverse effects of alcohol on the human body. The program’s goal was to reach a generation of potential users before they’d developed an appetite for harmful vices.

After helping spearhead the successful implementation of a classroom-based temperance program into Boston’s Hyde Park neighborhood public school system in 1878, educator Mary Hanchett Hunt and author Julia Coleman successfully lobbied to have similar initiatives enacted in school districts throughout Massachusetts. In 1880, in response to her WCTU national convention address calling for textbook-driven temperance education in public schools, Hunt was named the National Superintendent of the newly created STI. The WCTU had established numerous pro-temperance initiatives since its 1874 founding, but this was its first disciplined effort to focus on combating intoxicating liquor use.

Proponents of STI believed that it was not only imperative to teach children what alcohol was, but also how the body reacted when consumed, and what it made a person do after consumption. Their hope was prevention through education. The instructional program was an integrative effort in public and private schools that combined scientific and temperance ideals. Trained teachers not only taught their students human physiology and hygiene but also the adverse effects of alcohol on the body as a regularly scheduled part of classroom time. Students needed access to suitable textbooks.

Required readings were a vital component of STI lesson plans, and Hunt, with the blessing of WCTU president Frances Willard, had final say over which textbooks were approved for classroom use. To garner her endorsement, books needed to teach that alcohol was a poison, openly advocate for total abstinence, and avoid referencing medical applications for those vices. Furthermore, at least a quarter of the material needed to be devoted to temperance. While publishers initially balked at the stringent requirements, the eventual adoption of STI programming in schools nationwide gave Hunt and the WCTU the power to dictate their agenda without compromise.

The text presented a thorough chapter-by-chapter explanation of the science and function of the human body. It defined every bone in the body, the importance and arrangement of muscles, composition and character of the skin, and respiration and circulation of the lungs and heart. It also touched on potential injuries and diseases related to each subject. Every chapter ended with a series of questions to consider. This ensured that the reader had a clear understanding of all of the material. Oral lesson plans were available to aid teachers in instructing illiterate students.

Beyond physiology, the books addressed alcohol temperance, explaining that alcohol of any type was potentially fatal in any dose. According to the text, it was a product of fermentation and distillation that changed foods into poisons. These poisons negatively impacted the mental, moral, and physical characteristics of the human system. Alcohol changed blood to water and accelerated respiration. It caused the human heart to beat too fast, putting it at a higher risk of failing. A single drink created an appetite for more, and the habit led to a life of crime, poverty, and physical weakness. Businesses were less inclined to employ a person addicted to liquor.

Unfounded Science and Truth in Dispute

In 1893 the Committee of Fifty for the Investigation of the Liquor Problem (Committee of Fifty) was organized to compile facts about alcohol use. On October 20, it formed four subcommittees, one to explore the physiological aspects of alcohol. Its members produced a scathing review of the STI and its methods. The subcommittee questioned the scientific nature of many STI claims, feeling that the organization used propaganda under the guise of science to dictate morality. It also disputed the need for temperance instruction to primary school-aged children. It believed high school students should only be taught scientific facts and form their own educated opinions.

Hunt publicly rebuked the committee’s claim that STI was an “educational scheme relating to alcohol which (was) neither scientific, nor temperate, nor instructive.” She felt that the committee discounted scientific updates, derived data based on unqualified experts’ testimony, and misrepresented the facts. In her opinion, the claim that WCTU endorsed textbooks were inaccurate was patently false. Hunt further argued that alcohol was a drug and not food as the Committee of Fifty had claimed, and complained that their conclusions showed an explicit bias against abstinence instruction. More than 100,000 copies of her reply, which became a Senate Document in 1904, were distributed.

Continued challenges from members of scientific and educational communities did little to slow down STI in-school programming. In 1882 Vermont first passed a law to require temperance education in schools, by the turn of the century, WCTU temperance programs had been implemented in nearly every state in the union. At its peak, more than twenty million students took part in classroom temperance education. Even after program matriarch, Hunt passed away in 1906, the number of children receiving instruction continued to rise. Change on a Federal level did little to stop the movement. The WCTU campaign against the evils of alcohol continued after the National Prohibition Act’s ratification in 1919.

After the repeal of National Prohibition, many state STI laws were either softened or repealed. While the program could boast incredible organizational success, results were arguably less clearly realized. The WCTU had changed education and achieved its goal of nationwide prohibition. Still, its 1933 repeal suggests that STI had not adequately convinced generations of students that alcohol was dangerous. In fact, between 1880 and 1920, annual alcoholic beverage consumption increased.

Similar programs continued in schools nationwide for many years, although most stressed moderation alongside the dangers of alcohol consumption instead of total abstinence.

Read next: Can You Make Desserts With Liqueurs?