by Stephen 4 months ago in how to
Report Story

Many of us love to wind down with a tipple, whether that’s on an evening after a hard day of work or letting our hair down at the weekend. 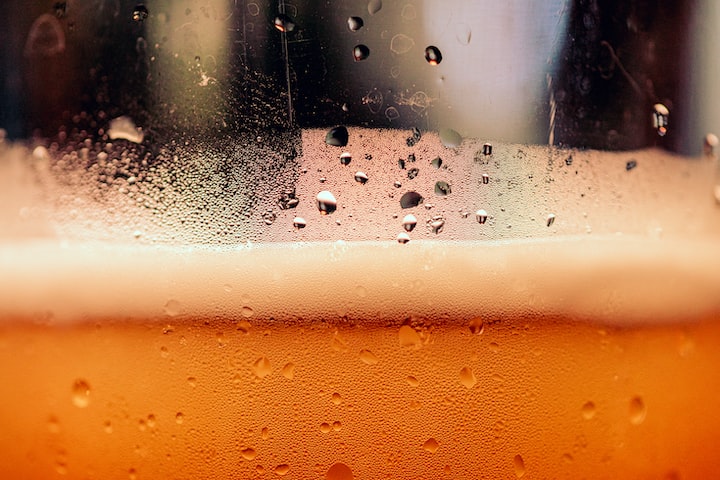 We know how easy it is for a few drinks to turn into a few too many, and the pandemic led many of us to heavier-than-usual drinking. A recent study showed that one in five Americans are still drinking heavily even almost two years after the pandemic broke out in the US.

What we’re also seeing, however, is many people turn away from booze entirely in favor of alcohol-free drinks. Here, stainless steel enclosures manufacturer Electrix discusses the current alcohol trends in the US.

Sales of alcohol soared by 50% when the pandemic first began spreading across North America in March 2020. A large number of people turned to booze to cope with the pandemic, and this trend was mirrored across many other Western countries.

The generation most likely to be heavily drinking is the baby boomers (those aged between 57-75), with 46% reporting heavy drinking within the past 30 days. Sales of booze rose by 54% in March 2020 when stay-at-home orders were put in place for many states. But, now that the majority of states have lifted restrictions, we’ve seen this behavior slip into our normal lives. Many people may be consuming more alcohol than usual when visiting bars and restaurants.

It's possible that our COVID coping mechanism has now become a long-term habit, which isn’t good news. An overconsumption of alcohol can weaken our immune system, making us more vulnerable to breakthrough COVID infections.

On the flip side, we’re also seeing more Americans than ever quit drinking or mindfully cut down on their consumption. This is a trend that was on the rise pre-pandemic, but it’s now in the spotlight once again. The non-alcoholic beverage industry is now a $331 million market, representing a 33% rise with innovations in booze-free cocktails that taste like the real deal.

Much noise has been made about young people drinking less than previous generations. While the current generation of teenagers, like every group before them, is trying out alcohol, millennials and many of Gen Z are drinking less than their Gen X and baby boomer counterparts did at the same age.

Many people are citing the way alcohol makes them feel as the main reason for reducing their consumption or giving it up entirely. We’ve seen accounts from both everyday people and celebrities on why they’ve given up alcohol, with many remarking that they didn’t like the way it made them behave or the hangovers they woke up with the next day. Instagram accounts including The Retired Party Girl and No Booze Babes have tens of thousands of followers as young women seek out sober lifestyles.

This movement isn’t going anywhere, with Whole Foods predicting that “buzz-less spirits” will be a huge 2022 trend.

Lighter alcoholic drinks are on the agenda

One theme to come out of the sober-curious generation is a preference for lighter alcoholic drinks. Instead of a heavy pint of beer, consumers are turning to hard seltzers and beverages with lower alcohol contents. White Claw surged in popularity in 2019, and although its popularity has dipped slightly in 2021, another hard seltzer is gaining traction: High Noon.

These drinks are so popular that traditional beer brands including Budweiser have been getting in on the action. Hard seltzer and drinks comprised of spirits and soft drinks are no longer the domain of young college women; they’re now palatable for everyone.

This is largely driven by health-conscious drinkers who, in addition to wanting to avoid getting blackout drunk, don’t want to overconsume liquid calories. Many of these drinks are marketed as low-calorie, appealing to a younger demographic that is interested in health.

Following multiple COVID lockdowns, we’ve seen new trends emerge in alcohol consumption. A rise in consumption began in March 2020 but has held strong long into 2021. Conversely, we’ve also seen pre-COVID trends, like the sober curious movement and a shift to lighter alcoholic beverages, gain traction and take a larger share of the market. As we enter 2022, the non-alcoholic drinks market is set to grow even bigger, turning the booze market on its head.

More stories from Stephen and writers in Proof and other communities.